Guest Feature: SimCity 4 and the persistent love of its community

How to best enjoy this city-building masterpiece today. As a virtual mayor of your sprawling city, you have to keep building and maintaining stuff if you don't want your cherished creation to wither away or lose its edge. Simtropolis, a community dedicated to city-builders, is doing much the same with SimCity 4 Deluxe Edition - tinkering away and making additions that keep the beloved classic relevant to this day.The biggest mod out there is called Network Addon Mod, and it's an overhaul of the game's traffic network system, deemed essential by most fans. If you're interested in what it offers and how to use it, you will definitely want to listen to what these guys have to say.Enjoy!IntroductionDespite being released in 2003, SimCity 4 Deluxe Edition continues to offer an unmatched city-building and story-telling experience, while also being supported by an active game community. If you want, you can totally be a part of it! 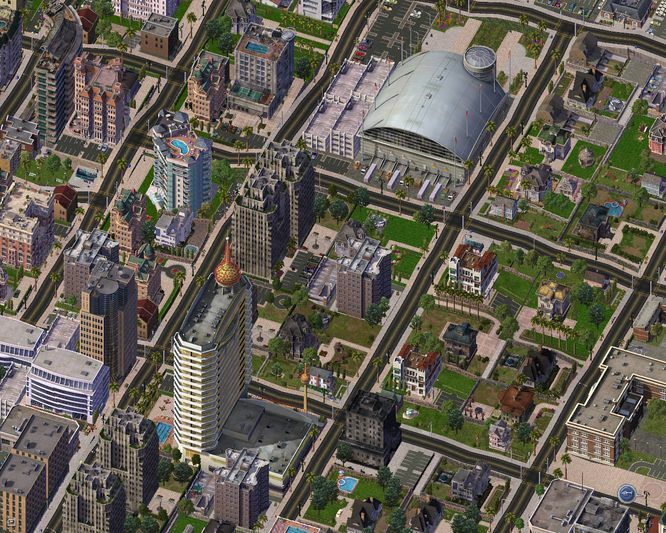 Developed by the once venerated but now defunct game studio, Maxis, SimCity 4 has managed to withstand the test of time remarkably well, unlike many of its contemporaries.Turning a good old game into something greatNot only has SimCity 4 survived, it has thrived with new creations offered daily by content-makers, and has even evolved with substantial player-developed modifications like the Network Addon Mod. Perhaps you’ve heard of NAM, but never tried it yourself. Or maybe you’ve never played SimCity 4 at all and wonder how a game from 2003 can still hold up. Read on to see just how one mod can add so much!More than just fixesThe Network Addon Mod (NAM) is actually a collection of many addons, fixes and improvements to SimCity 4’s transportation network system, pathfinding accuracy and performance - all made to work and play seamlessly together for a vastly improved simulator experience. Originally, the Network Addon Mod (NAM) had a very simple goal: to fix a number of transportation-related issues that still remained in the game after the release of the Rush Hour Expansion and SimCity 4 Deluxe in September 2003.But as development of the mod went on, many contributors began adding new features to the transportation system. In some cases to expand what already existed, and in others to create entirely new systems altogether. Since 2004, work has spiraled out so much that there are several expansion packs’ worth of new content, all contained in this single, free, player-created mod! The NAM brings new possibilities which are simply impossible to achieve with the “vanilla” game. 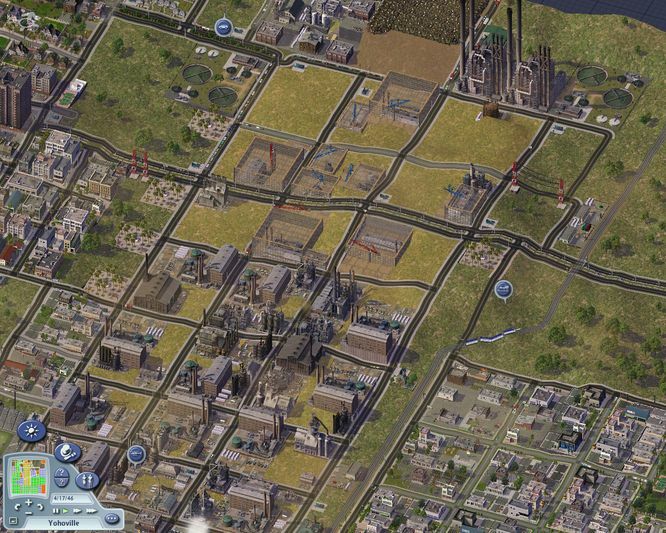 Unlock the Maxis simulatorWhen you install the NAM, not only will you get all the fixes and tweaks that have been refined over years of playtesting and feedback, but you’ll also be playing the simulator as it was originally designed!The thing is, Maxis had programmed a very sophisticated and robust traffic simulation engine that most people have never experienced!Because of the hardware limitations, Maxis had to significantly tune down the simulation parameters in order to allow the game to run on 500Mhz Pentiums, the prevalent specs for that era. The result of that down-tuning is that the traffic patterns in the base game often simply follow the shortest distance, and fail to take into account the speed and capacity differences of the different networks. Basically, this prevented the game from working the way it was intended. For instance, with that down-tuned simulator, one could spend money to build the faster, higher-capacity road-types or a rail transit system, but the residents would completely ignore it and instead clog up the tiny residential streets as they try to get to work. If you’ve played the vanilla SimCity 4 long enough, you've probably seen this happen.Fixing this key part of the simulator allows the NAM and its numerous new and improved systems, to provide a rich and engaging simulation experience that you couldn't get with the vanilla SimCity 4.All in one place, for freeMore than just fixes and improvements, the NAM brings several new transport options, such as a slew of enhancements to the road system, including diagonal streets, more bridge options, specialized lanes, and roundabouts. You’ll also get elevated viaducts for a number of normally ground-level transportation networks, such as Roads, One-Way Roads, Avenues, and Railroads. Prefer things on the ground instead? Use the Ground Light Rail (GLR), a ground variant of the Elevated (Light) Rail network, which comes in draggable form. 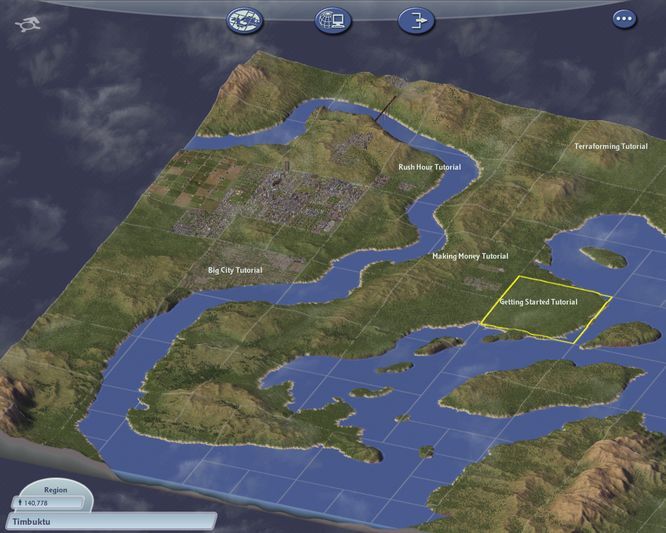 Want a mix of ground and elevated viaducts that can run in, on or over other surfaces? You can do that, too, with the NAM’s “Dual Networking” options.It includes the Network Widening Mod (NWM) which provides wider (and narrower) draggable variants (many with capacity boosts) to the game’s core Road and One-Way Road networks. You also get more road options to play with, like expanded Avenues with 6 lanes, or the option to expand One-Way Roads up to 5 lanes. Get even finer control by adding continuous turn lanes, or adding a turn lane to your One-Way Roads.Tired of grid-like cities? The NAM offers myriad grid-busting options, including wider radius curves and fractional angles to many different networks types. If you love roundabouts these are improved with many enhancements, from smaller Street Roundabouts to multi-lane Avenue and Dutch Turbo Roundabouts. On top of that, the entire railway system has been overhauled with multiple height levels and modular interchange capabilities.Everyone loves building highways! Again, the NAM doesn’t disappoint by offering an entirely new Highway System with several width variants, up to 5 lanes per direction, multiple height levels, and modular interchange capabilities. 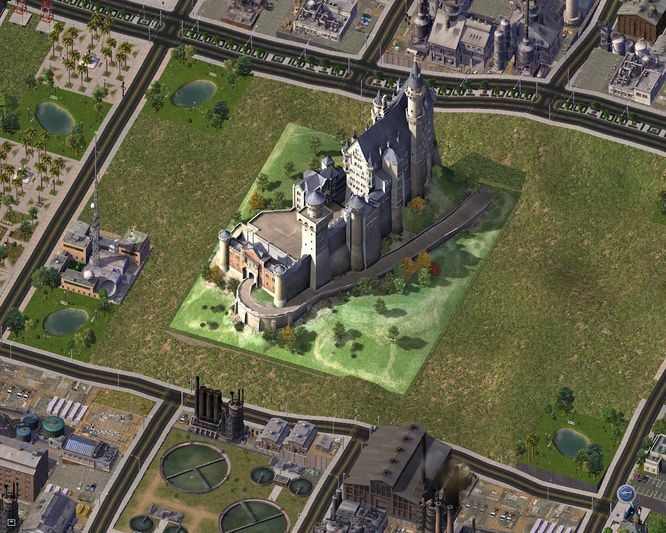 Additionally, if you love interchanges, the NAM’s intersection capabilities let you design that monster 8-way Avenue intersection you really wanted. If you still wish to use the game’s base “Maxis” Highways, a number of interchange options plus a full-on reskin are available. The NAM also includes Euro/international road and highway textures and the Street Addon Mod (SAM) will provide 10 (soon to be 11) texture variants for the base Street network! Railways get a complete overhaul with the RealRailway (RRW) system, which offers a more realistic version of the game’s base Rail network, plus a number of new options for switches, curve radii, and fractional angles, plus – coming in Version 36 – draggable viaducts. If you’re a glutton for even more control, you’ll love the Traffic Simulator Configuration Tool (TSCT), a handy program that allows one to customize some parameters of the NAM's “tuned-up” traffic simulator, including different capacity levels (ranging from extremely low to ultra high) and mass transit usage.What you need to get startedSimCity 4 Deluxe Edition is arguably the best city-simulation game ever produced by Maxis. Nearly 15 years old now, the game has proven its longevity in part due to a legion of highly devoted fans and communities like Simtropolis.The Network Addon Mod brings so much to your city-building game that it’s a crime to play without it! Go ahead and grab it here.You are likely to have some questions, so hop over to the Simtropolis Forums to find answers, and join the conversation!
See comments (46)