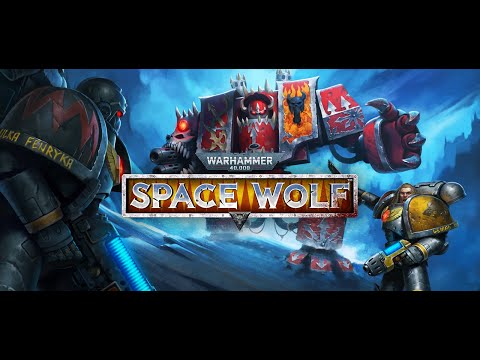 Discover the grim dark universes of Warhammer where there is only war. From Warhammer 40,000 to Warhammer Fantasy and more - discover it all on GOG Warhammer Franchise page.
Warhammer 40,000: Space Wolf — Complete Edition is the fullest and most content-complete version of the one-of-a-kind turn-based tactical strategy game in which you take command of a Space Wolves squad and join the battle against the merciless enemies of the Imperium of Man.

It will take the daring, instinct and cunning of the Space Wolves to survive on the planet Kanak, Segmentum Obscurus — a feral and hostile volcanic world rife with grim secrets, chosen by the forces of Chaos as their outpost.

Hundreds of weapons and gear. Unlock new and stronger weaponry, upgrades and tactical manoeuvres, and enhance the cards you already own in the Forge of the Iron Priest. Build your own decks to fit your unique combat style.

Squad development and customisation. Grey Hunter, Wolf Scout or Wolf Guard — you decide which path to choose for your own style of gameplay. Upgrade your squad, combine your heroes and unlock new strategies.

Brutal tactical combat. Join the fight against the hordes of deadly foes, and lead your squad to victory through fierce battles which will unfold across stunning and diverse environments.

The Saga of the Great Awakening — a massive addon that continues the story of the Space Wolves squad led by Valgard Twice-Slain.

Fall of Kanak — a game mode that allows players to take control of a Khorne Berserker and crush the resistance of Kanak’s defence forces.

Sigurd Ironside — an additional squadmate: the Iron Priest of the Adeptus Astartes VI Legion known as the Space Wolves.

Wrath of the Damned — a game mode that allows players to take control of the Space Marines of the legendary and mysterious Legion of the Damned.

Exceptional Card Pack — a set of top-of-the-line weapons and equipment."