9 retro and modern video games to play before Cyberpunk 2077

We still have a few months left until we embark on a much-anticipated journey into the Night City. This gives us an ideal opportunity to revisit titles that brought the cyberpunk genre to the point where it proudly stands today. Check out these 9 essential sci-fi games to play before Cyberpunk 2077 premieres in September.Cyberpunk, in short, is a dystopian view of the future where low-life meets high-tech. One of the key plot ideas of this science fiction subgenre is the ongoing conflict between the almighty system (usually personified by evil corporations or supercomputers) and strong, rebellious individuals (hackers, mercenaries) with their own moral code - one that typically goes against the law. 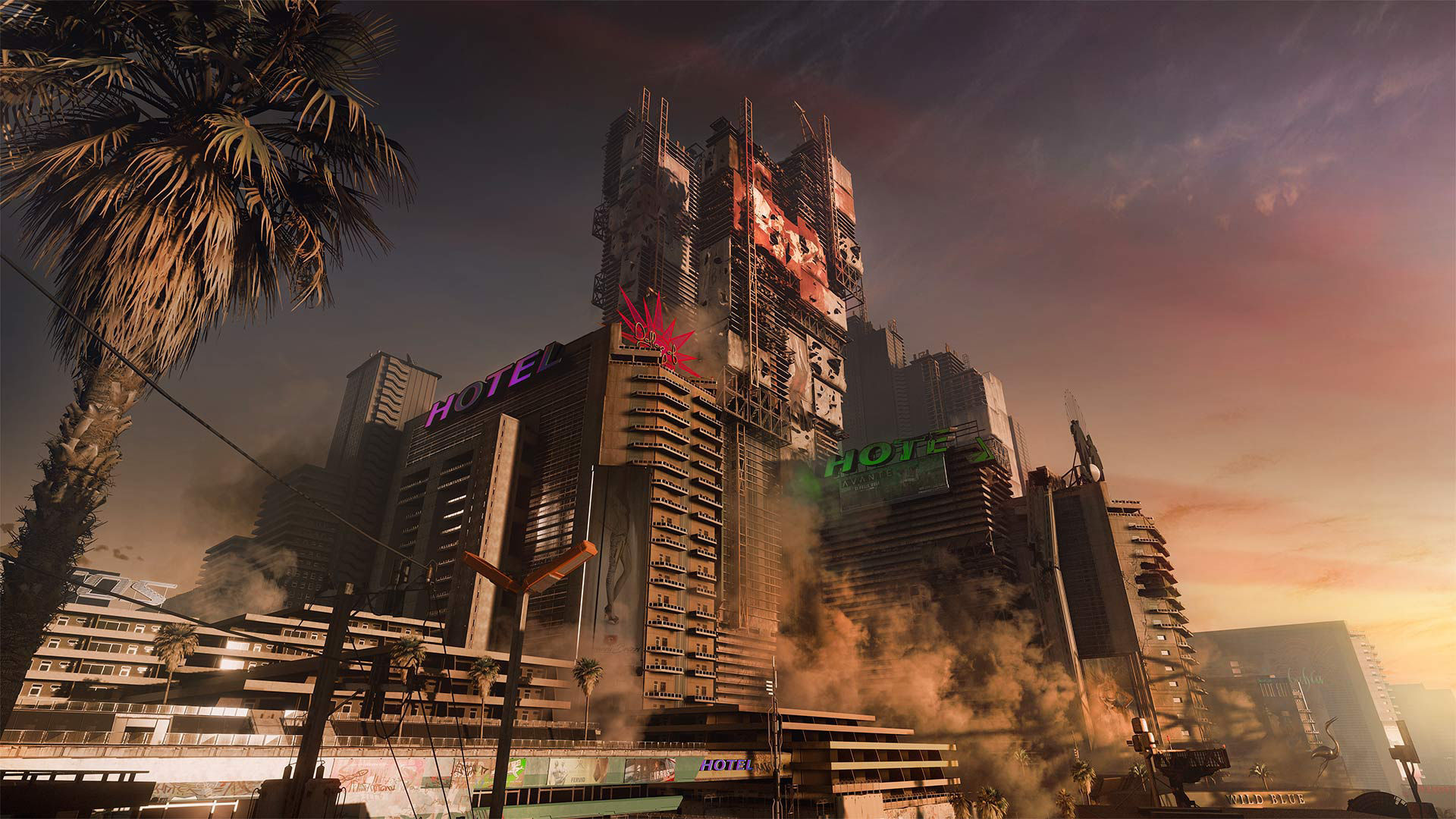 In these stories, the vast net is usually a sort of Wild West where one can still oppose many. It does not mean our hero will win. On the contrary, their defiance is usually somewhat cynical and more than once - doomed to fail. Sounds downright pessimistic, right? Yet cyberpunk was and remains a vastly influential genre in our modern culture.It has spawned many iconic books (e.g. Neuromancer by W. Gibson) and comic books (Akira from Katsuhiro Otomo). It also inspired filmmakers (Matrix, Johnny Mnemonic) and even tabletop RPGs, like the one authored by Cyberpunk 2077 top consultant, Mike Pondsmith. Finally, this genre has brought us some really cool video games. Here are some prime examples: 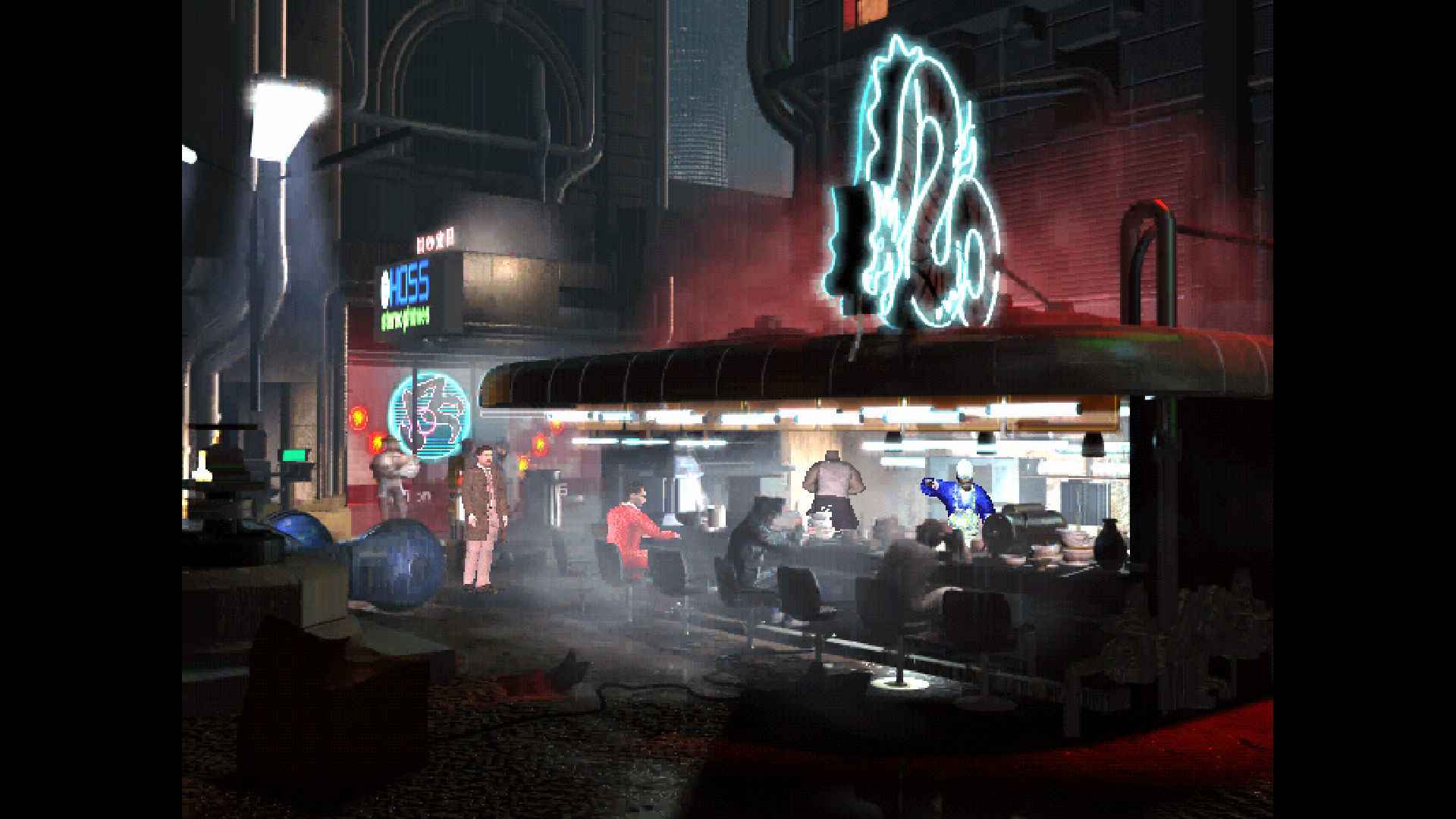 The adventure game from the famous Westwood Studios based on the 1982 movie and a novel by Philip K. Dick isn’t your typical cyberpunk title. Even so, the dark Los Angeles of 2019 has strongly influenced the look of many other sci-fi cities in other games, movies, and shows. Moreover, Blade Runner features many typical cyberpunk tropes, like an evil, powerful company (Tyrell Corporation), and the A.I. breaking loose (the android replicants). As the eponymous Blade Runner, detective Ray McCoy, we are tossed in the center of it all, with the possibility to finish the game in more ways than one. Thanks to the efforts of a few devoted fans, we can now revisit Blade Runner and rainy Los Angeles on our modern computers. 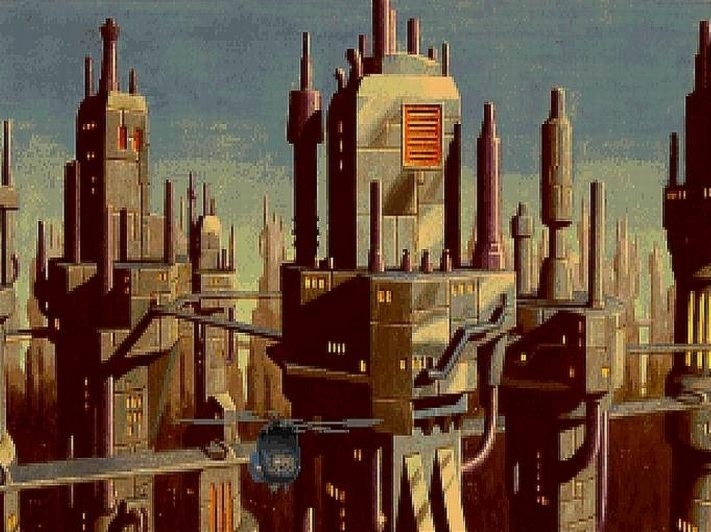 Beneath a Steel Sky is a point-and-click adventure game devised by director Charles Cecil and comic book artist Dave Gibbons (famous for the Watchmen series). The game follows the adventures of Robert Foster and his sentient robot Joey as they loom through the streets of the dystopian Union City ruled by the all-powerful computer, LINC. Among the many pros of Beneath a Steel Sky, one is especially worth mentioning - It’s available free on GOG.COM along with a digital comic book by Gibbons. 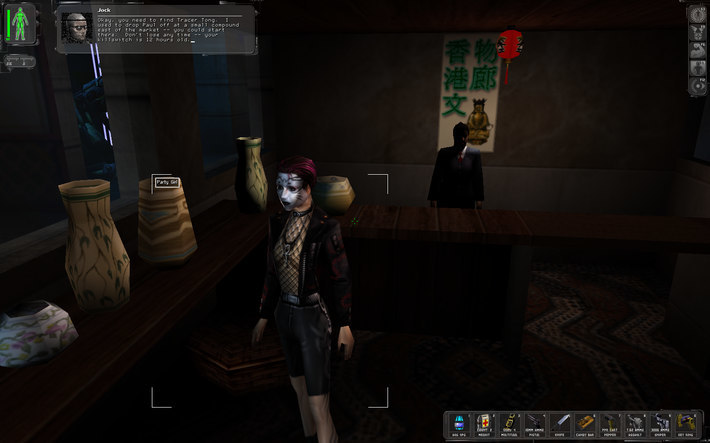 Like System Shock, this mixed FPS and role-playing game from Ion Storm is cyberpunk to the core. Deus Ex features special agent JC Denton, an agent who fights global and cyber terrorism in the year 2052. After he discovers that his employers are more of a threat than a solution to the world’s problems, Denton defects and starts his own war with the system. Dynamic action and a non-linear story brought Deus Ex success and a string of sequels lasting to this day. 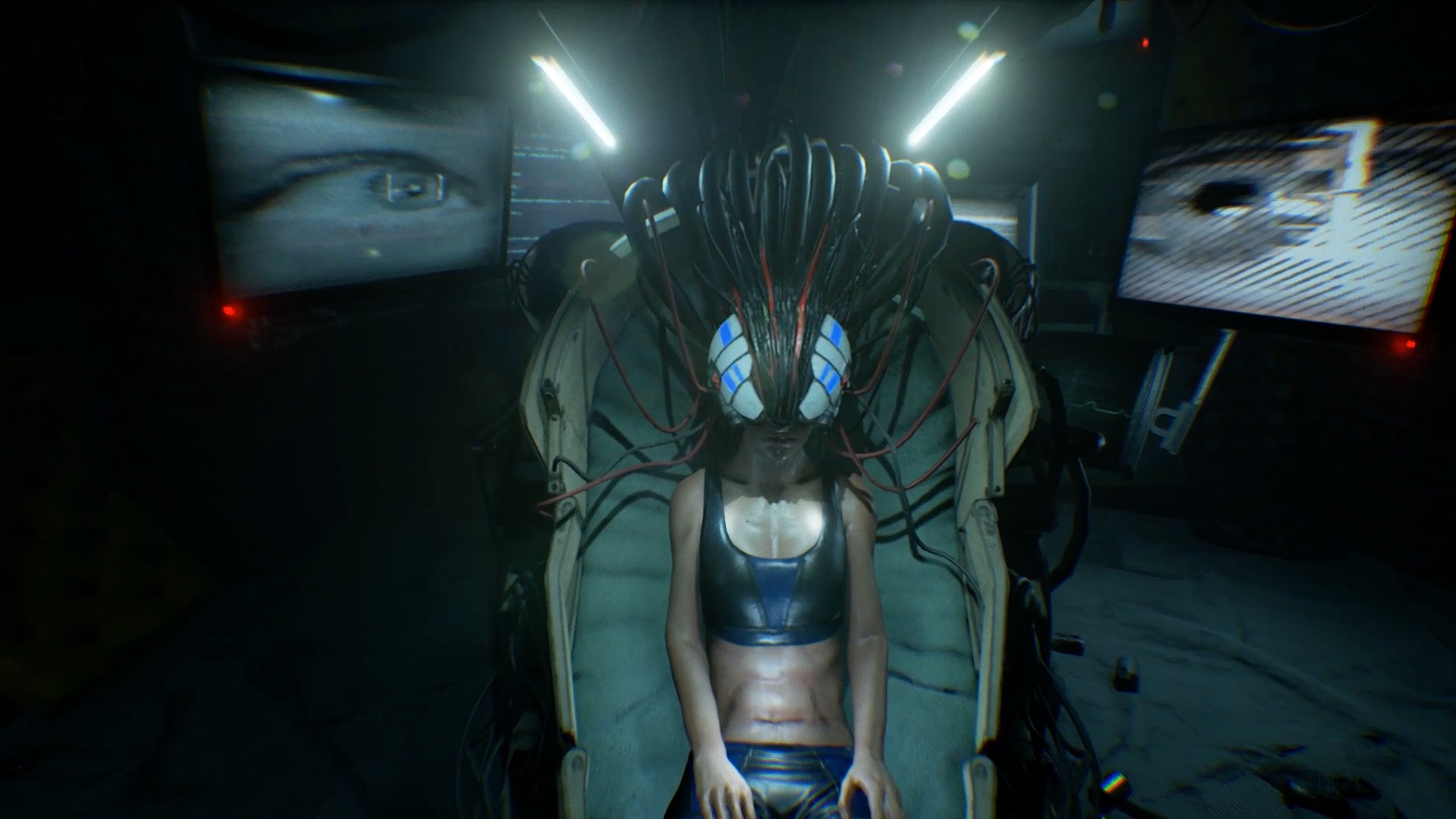 This adventure game from Bloober Team marks the return of the late actor Rutger Hauer (who also starred in the 1982 Blade Runner film) to the cyberpunk genre. Observer is a horror tale about Daniel Lazarski, a member of the neural police force working on behalf of the almighty Chiron Corporation in Krakow AD 2084. Tasked with hacking into heads of the potential suspects, Lazarski is a perfect, ruthless policeman. Until one fateful day... 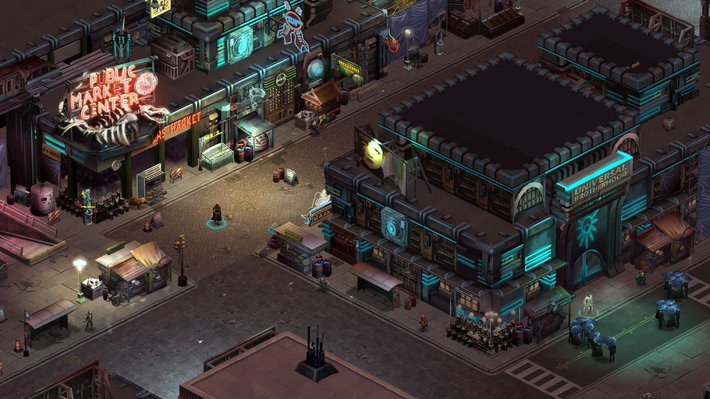 Just like Cyberpunk 2077, this title is an adaptation of a much earlier tabletop RPG game. Shadowrun Returns features a mix of the traditional fantasy world (dragons, elves, magic) with a cyberpunk sci-fi setting. In this turn-based role-playing game, you become a shadowrunner – a mercenary for hire tasked with hunting down a murderer in a huge Seattle metroplex. The game was a success - received two sequels titled Shadowrun: Dragonfall and Shadowrun: Hong Kong. 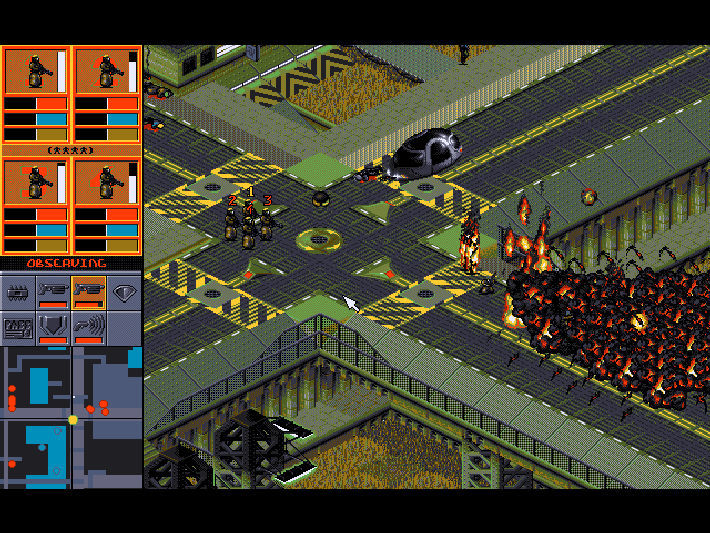 This tactical game from Bullfrog Productions proved to be ahead of its time. It features dynamic real-time battles instead of turn-based ones, something previously associated with tactical games. It also introduced the cyberpunk genre to the gaming world. Syndicate took place in a world divided by (surprise!) big, evil corporations, that employ cyber-enhanced assassins to fight for dominance. The game received a sequel, titled Syndicate Wars. 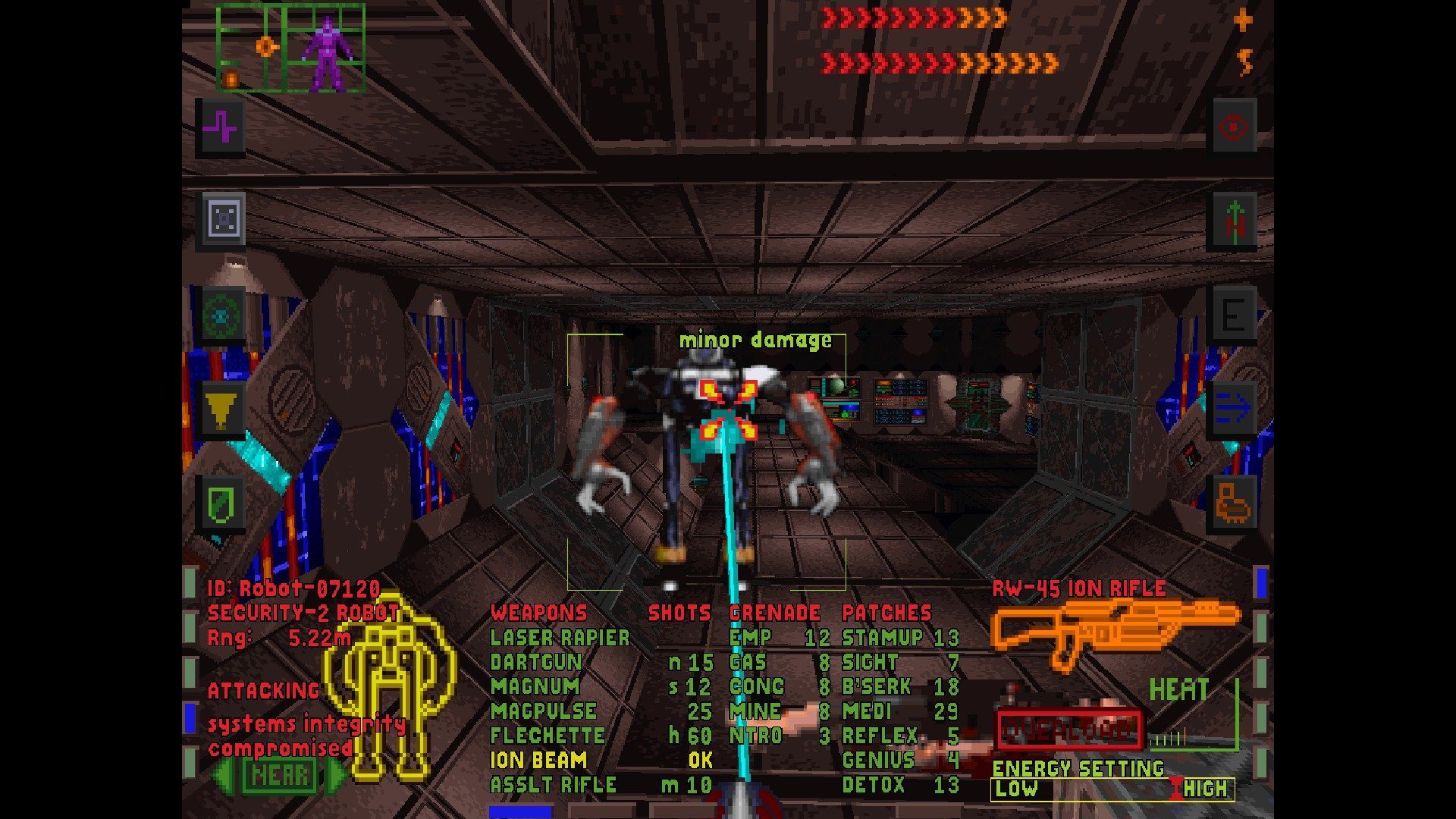 For a very long time, this title was the first thing that popped into a gamer’s heads when they thought “cyberpunk”. The game was truly ahead of its time. Set in the year 2072, it tells the story of a hacker trapped on the Citadel Station by an evil A.I. called SHODAN. Everything in this game is spot-on, from its FPS perspective to its engaging, cinema-like storyline. No wonder System Shock spawned a sequel, an enhanced edition, and is now waiting for a highly anticipated reboot. 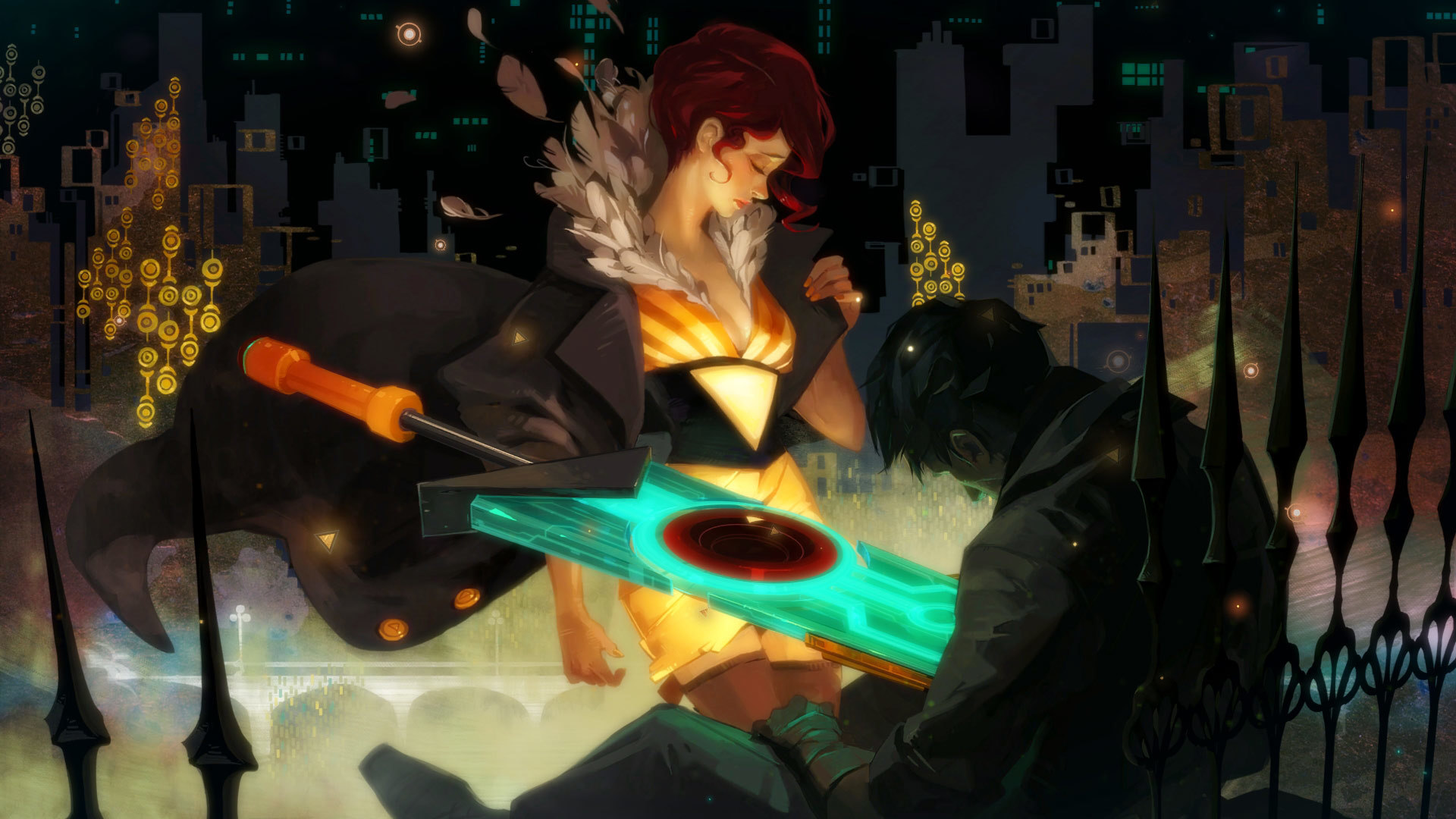 Although not a cyberpunk game per se, this title from Supergiant Games borrows heavily from the genre’s aesthetics and design. The world shown in Transistor is full of neon lights, explosions, and pastel graphics that will attack your senses. To add to the beautiful graphics, the game’s audio is simply mesmerizing. That’s why this action role-playing game is a must-play for all the gamers who wish to immerse themselves in a sci-fi experience before playing Cyberpunk 2077. 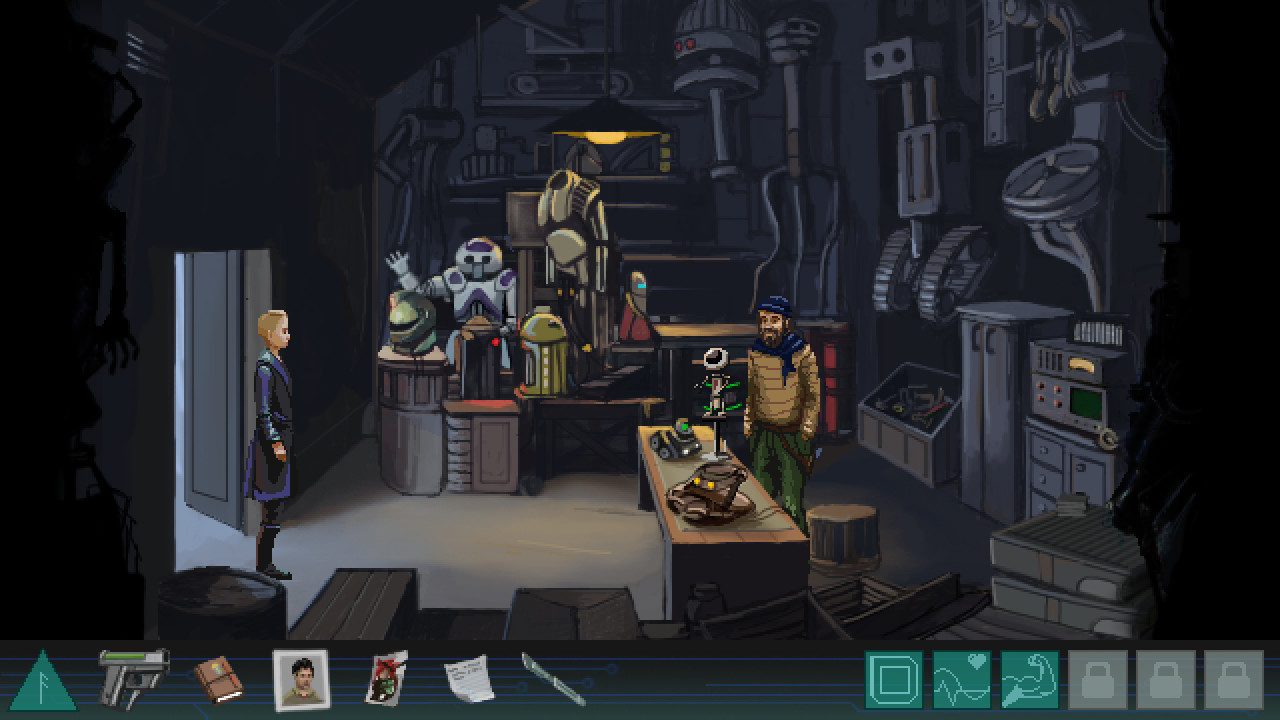 An intriguing point-and-click sci-fi adventure game crafted in the Nordic Noir style. Like in many crime stories, also here we have a puzzling murder case and the main hero uncovering the dark secrets of the past. Whispers of a Machine features a strong female protagonist, agent Vera, who is equipped with modern technology that helps her in cracking even the hardest cases.Feeling the rebel streak against the system already? Until we can join V and immerse ourselves in the Cyberpunk 2077 universe, playing any of these sci-fi titles will make the months of anticipation just a bit easier to bear. Besides, knowing about these former classics can make us look at many features of Cyberpunk 2077 from a completely new perspective.
See comments (40)