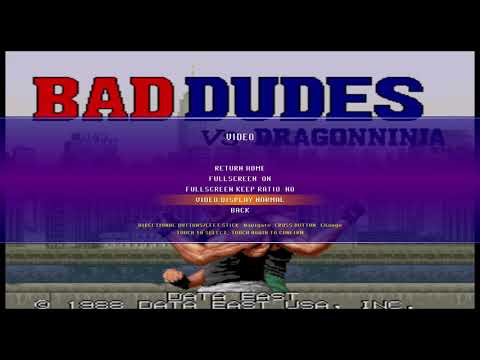 The news headlines scream KIDNAPPED and the nation is paralyzed in shock. Is it really possible, the President has been kidnapped by ninjas? The Secret Service must recruit two street-smart brawlers, the Bad Dudes, to save President Ronnie. As Blade or Striker, it is up to you to fight your way through relentless ninja attacks, through alleys, underground tunnels, and even on top of moving semi-trucks in order to save Ronnie.

Are you BAD enough to take on the Dragon Ninja himself and rescue the President?