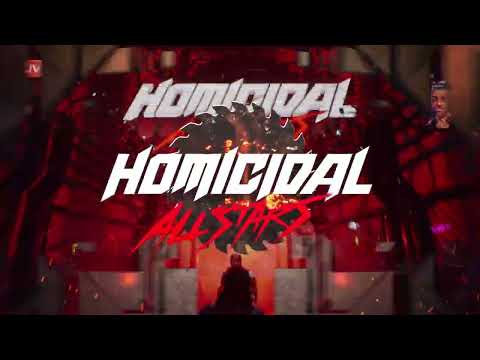 Entertainment Of The Near Future
HOMICIDAL All-Stars is the late 21st century’s most popular - and most brutal - reality game show. In a fraying society increasingly plagued by extreme income inequality, rapacious corporations, climate change-triggered natural disasters and wars, violent crime, and overpopulation, the bloody carnage of HOMICIDAL All-Stars provides a welcome distraction.

Survival Is Not Guaranteed
Each season of the show starts at the beginning of the month and runs every
night until either all contestants are dead or one or more of them has won it all. But now that Scarlett Martillo has joined the competition, this season is about to be bloodier than ever.

Nobody Ever Said The Rules Would Be Fair
The shady Omega Corporation owns a majority stake in the show and is its
primary sponsor; they only care about getting higher ratings… no matter the cost. If changing the rules mid-game means more sensational action - and more viewers - the show’s director is more than willing to throw any semblance of “fairness” aside.