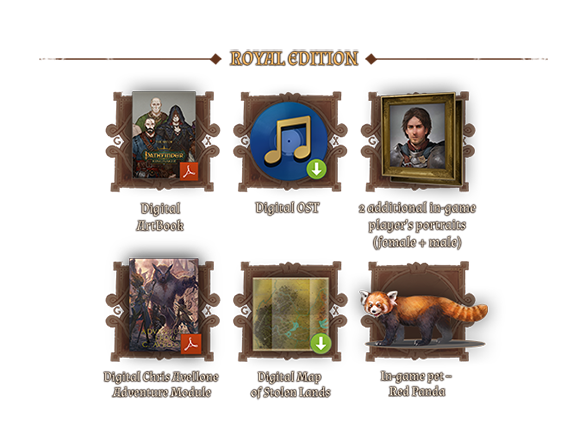 Pathfinder and Kingmaker are trademarks and copyrights owned exclusively by Paizo Inc. and used under license. My.com and Owlcat Games Studio are trademarks or registered trademarks of My.com B.V. 2018 published by Deep Silver, a division of Koch Media GmbH, Austria. Deep Silver and its respective logos are trademarks of Koch Media GmbH. This product is based on tools and technologies ©2018, My.com B.V., Owlcat Games Studio. Certain tools and technology also used in this product are © Unity Technologies, 2018, © 2006–2018 Audiokinetic Inc., © 2008-2018 Syrinscape Pty Ltd.