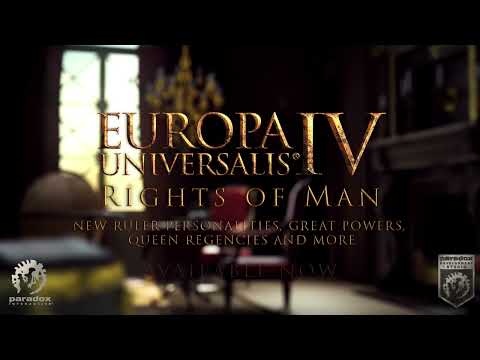 Paradox Interactive presents "Rights of Man", an expansion to Europa Universalis IV that adds greater depth and detail to a host of game systems. New decisions, greater customization and added personality are all coming to the best-selling game about exploration, trade and conquest.