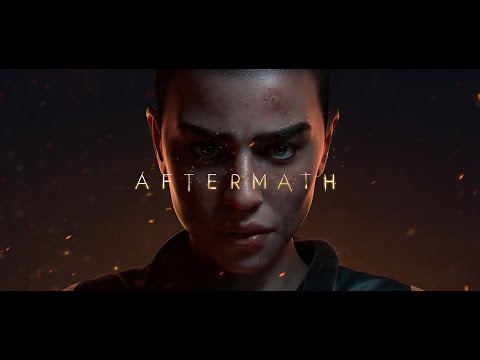 Analyze your surroundings and utilise the urban resources at your disposal. Mundane, everyday items can become an invaluable tool in your fight against the enigmatic beings that now occupy the city. Study alien weaknesses and find the best approach to take down those that might want to use you as an offering.

What form does humanity take when faced with unimaginable events? Do we unite and become stronger, or do we fall apart? Does our past still shape us, or do we find strength in focusing on what could be? AFTERMATH delves deeply into philosophical, psychological and other questions that might get asked if we find ourselves in an impossible situation.

With stunning aesthetics created by the brilliant mind of enigmatic Italian visual arts master Alessandro Bavari, the artist behind the design of Ridley’s Scott Alien: Covenant and Suspiria.

Charlie is locked in a waking nightmare. What is happening and why is a core mystery that plagues Charlie’s every moment. If death isn’t the end, then what is?

AFTERMATH features a rich and varied soundtrack, featuring original work from artists such as UNKLE, Planet Funk and many more.

Charlie is being hunted by an unseen adversary. Unfold the mystery of this seemingly invincible “hunter” and use every facet of your arsenal to outwit them and survive. But what other forces could be lurking in the remains of the city and beyond? What fate has fallen humanity?

Eating the right food, maintaining mental health and physical stamina keeps you one step ahead of your enemy, helping you stay alert and ready to outwit your opponents.

AFTERMATH uses Charlie’s engineering mind and scientific approach to create a new take on crafting, rather than a simple system. Observe and take notes of your surroundings to invent a blueprint and then find and combine the necessary parts to adapt and overcome.

Explore a detailed recreation of a city steeped in history, defragmented by the terrifying power of an ancient alien artifact, looming ominously above.

So how will you approach the AFTERMATH? Will you become prey, or will you overcome your physical and mental obstacles to become the hunter.

ONE-O-ONE Games is the video game label created by Centounopercento – 101%. META Publishing is a trademark of Postmeta Games Limited.