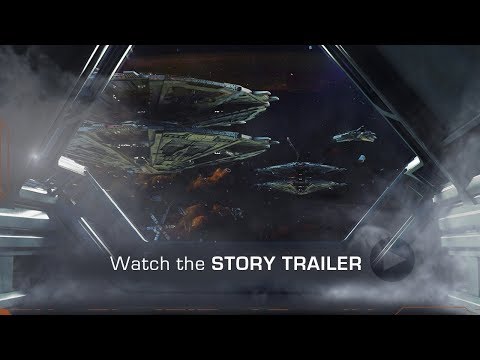 Why buy on GOG.COM?
DRM FREE. No activation or online connection required to play.
Safety and satisfaction. Stellar support 24/7 and full refunds up to 30 days.
Battlestar Galactica Deadlock: Sin and Sacrifice
To play this game you also need
Battlestar Galactica Deadlock
In library In cart Soon Wishlisted
In library In cart Soon Wishlisted
Movie
0 Free
Play for free Coming soon
Description
Never in the history of the Twelve Colonies have so many sacrificed so much. Even as Colonial Fleet holds the Cylons at bay, the toll of the war continues to climb.  But something has changed. Rumors of an awakening, whispers of a name. Lachesis.  For Admiral Lucinda Cain and the crew of the Dai...
User reviews
Be first to rate
{{ review.content.title }}
Product details
2019, Black Lab Games, ...
System requirements
Window 7, 8, 8.1 or 10, 2.0GHz or higher, 4 GB RAM, 1GB NVIDIA Geforce 460/ATI Radeon HD 5770 or bet...
Description

Never in the history of the Twelve Colonies have so many sacrificed so much. Even as Colonial Fleet holds the Cylons at bay, the toll of the war continues to climb.
But something has changed. Rumors of an awakening, whispers of a name. Lachesis.