Top 10 Boats in Games by the Creators of Dread Nautical

Check out this guest article from the team at Zen Studios, the creators of Dread Nautical, a supernatural roguelike now available on GOG.COM.Aside from the obvious excuse to watch viral videos from the early 2000s, working on Dread Nautical gave us the opportunity to reflect on how designers have used boats and ships and sailing in games. After many discussions and multiple trips into our CRPG library, we came away with a new appreciation for how the seemingly small choice to use or to not use a boat in a game can have a significant impact on the game experience. To celebrate Dread Nautical coming to GOG.COM, we’re sharing these perspectives on game design. 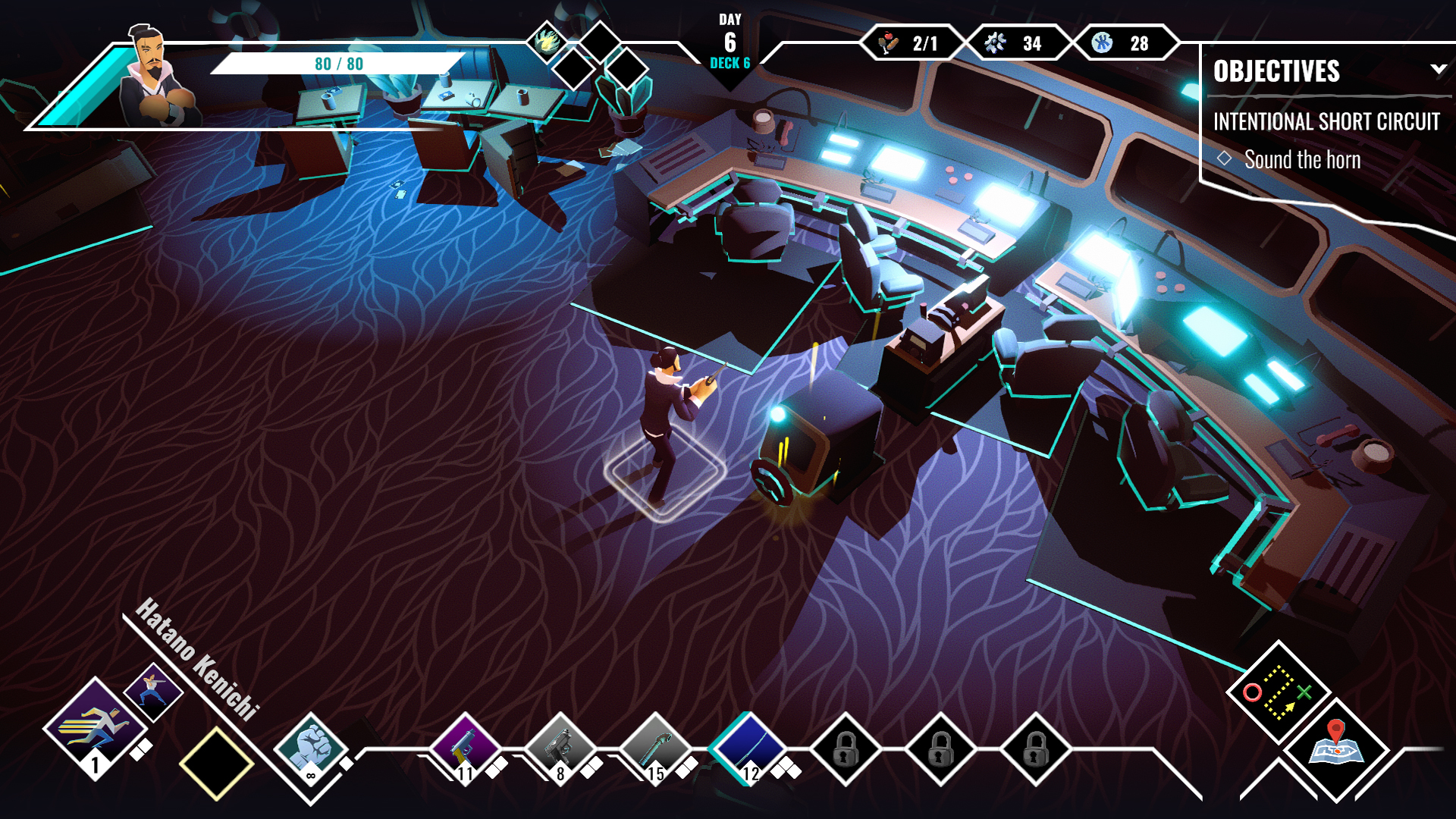 From setting and story to thematic mechanics, talented designers have used boats in a variety of ways throughout gaming history to help shape some of the industry’s most legendary experiences. Here are our top 10 boats in games and how they impacted that game’s design: 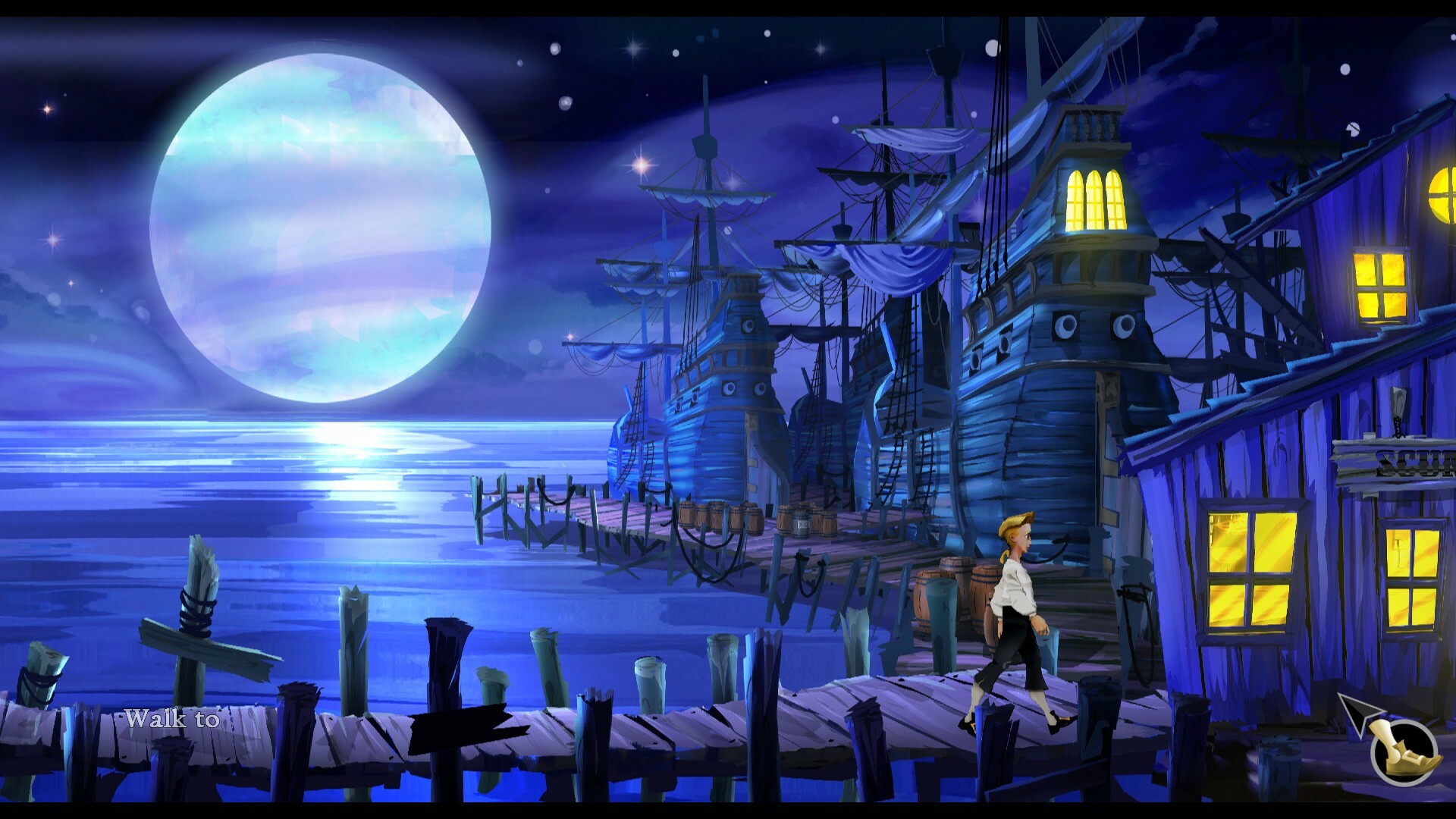 10. The Secret of Monkey Island

Guybrush Threepwood and his point-and-click adventures are iconic in gaming. From a design perspective, the pirate theme in this game is beautifully woven into every facet of the game. It drives the plot, it informs character backgrounds, and it influences puzzle design. Even though there is very little actual sea-faring in The Secret of Monkey Island, ships are a fundamental aspect of pirate culture and therefore a core part of what makes the whole gameplay experience of this adventure game work well enough to still be relevant 30 years later.

Another point-and-click adventure, Leisure Suit Larry isn’t as immersed in nautical themes as The Secret of Monkey Island, but this game is an example of how placing a familiar character in a new setting (such as a cruise ship), quickly creates new opportunities for story and gameplay. Cruise ships have familiar physical structures and lend themselves to certain kinds of characters, so this design choice for Love for Sail gave designers the chance to blend a familiar character (Larry) with a player’s existing knowledge of cruise ships. From there, it’s a dance between the expected and the unexpected to build the story and introduce challenges. 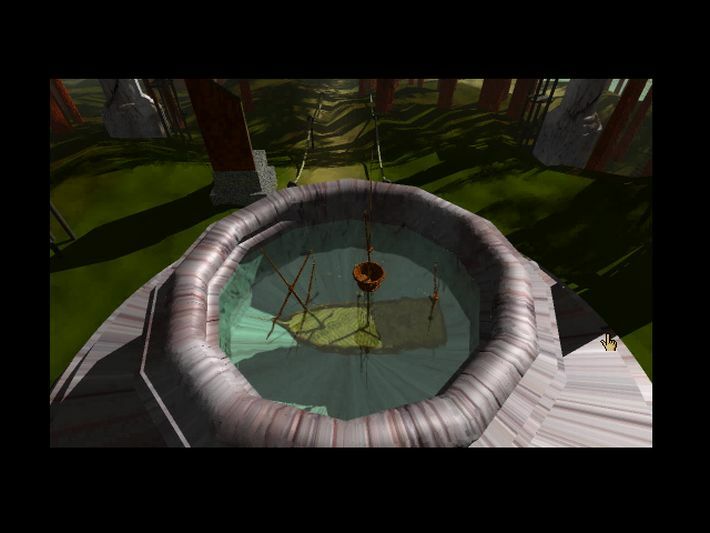 Myst also features a boat, though it is not the focal point of the setting like we see in Love for Sail and The Secret of Monkey Island. It’s notable for being both a place you can explore and a component of puzzles within the game. This is interesting from a game design perspective because we can see two extremes of boats influencing gameplay in largely puzzle-driven games. Where one designer might build an entire game around a boat, another designer can nest a boat into one portion of a game, which means having to thread that idea into a larger tapestry of other experiences in that same game. 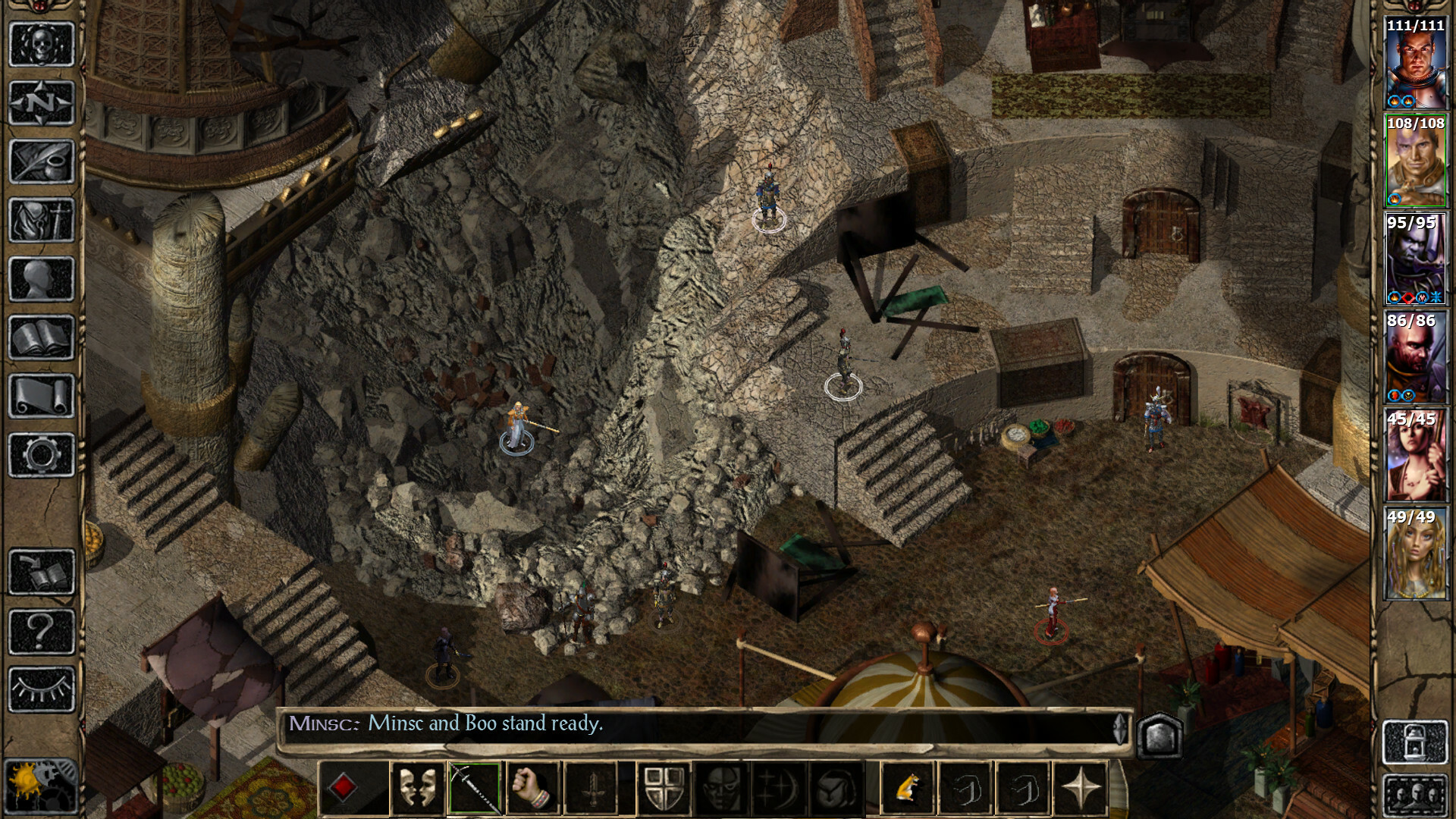 While two of our previous examples use boats for the entirety of the game’s theme, Baldur’s Gate II nests a boat within its larger world. This is interesting for a few reasons: The presence of a boat or a dock immediately suggests a grander world than is immediately available to the player, which helps with immersion and broader world-building without actually having to develop those areas. An explorable boat, like the slaver’s boat in Baldur’s Gate II, enables a new setting and unique challenges. And, in the case of the slaver’s boat, it can also be a clever way to link several stories together. For Baldur’s Gate II, the slaver’s boat is linked to the option to free a character in the Copper Coronet and to a slaver operation in the Slums. That’s a lot of impact from one boat! 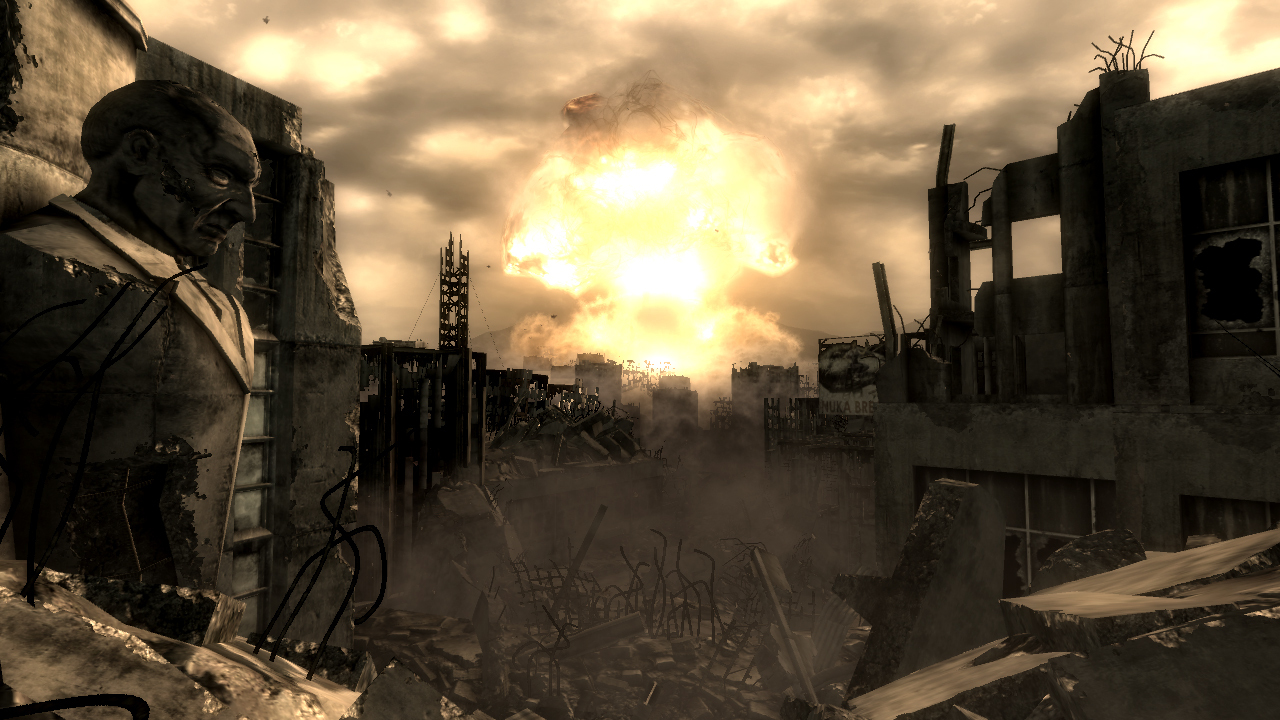 Discovering Rivet City is one of the more memorable moments of Fallout 3. An entire city built into a battleship is quite a sight, and it becomes the hub for several quests and for meeting new characters. This, in our minds, is an expansion of the slaver’s boat idea in Baldur’s Gate II. The boat’s very presence in Fallout 3 implies all sorts of things about the Fallout world, and its impact on the game is a multifaceted play on the game’s larger design choices but also on the uniqueness of the ship itself. Because it is secure and scientifically advanced (it’s a battleship!), designers could stash some cool loot and interesting gameplay in Rivet City.

“Wake up, we’re here.” If you’re like us, you read that line and heard Jiub’s voice in your head. That’s a testament to the power of the design choice to use a boat in the intro sequence for Morrowind. Though you spend very little time on that boat relative to the slaver’s boat in Baldur’s Gate or in Rivet City, the experience is sticky because of how the boat is connected to the rest of the game and what that boat represents. Yes, Morrowind is a huge game even by today’s standards, but you’re on an island, and you got there by boat, and that helps the player understand that they are both a stranger to this land and also that the island is one small piece of a bigger world. By starting on the boat rather than in the Census and Excise Offices--a small choice on its face--Morrowind designers elegantly delivered a huge amount of player experience in a few seconds. 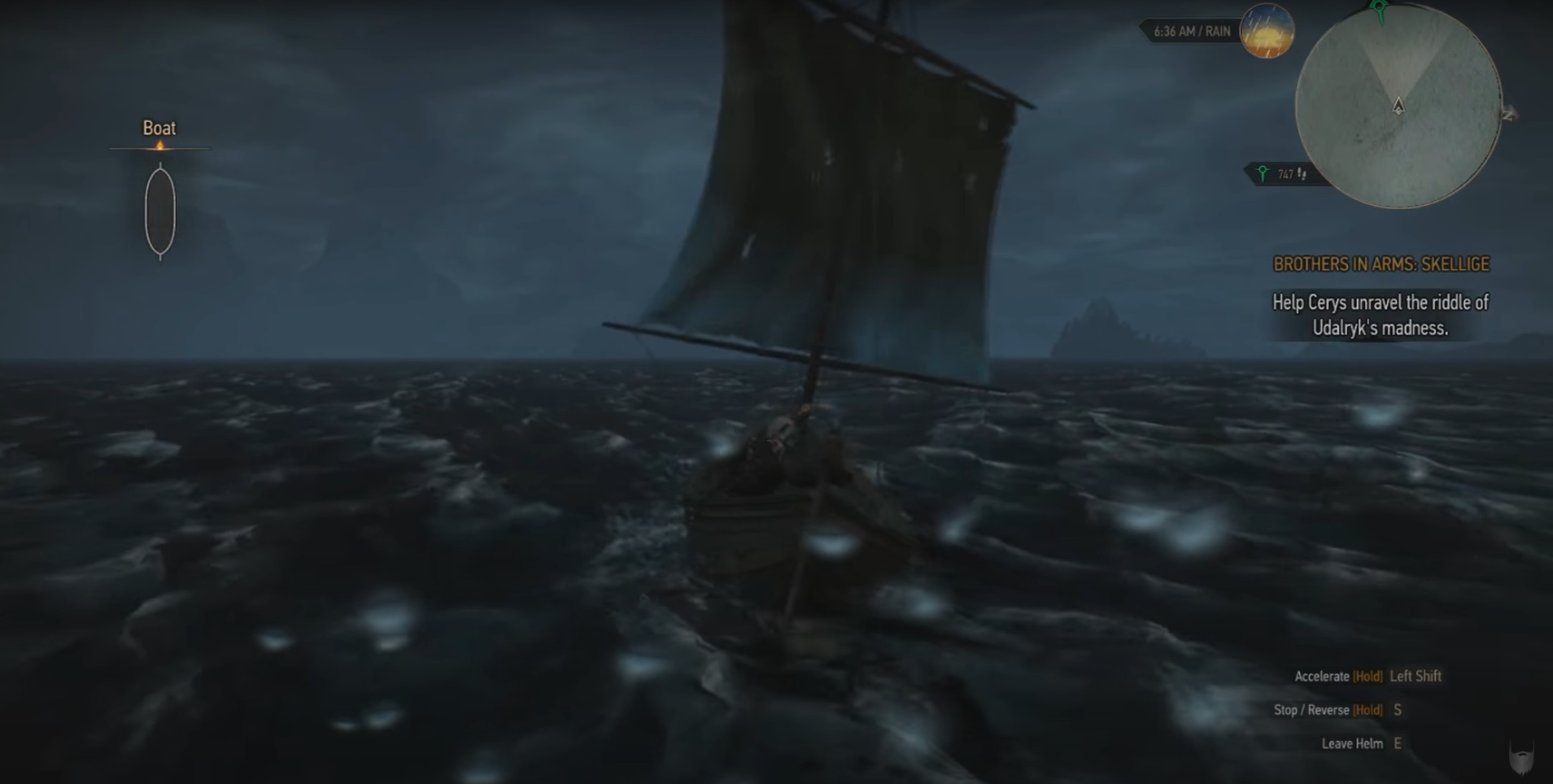 Where Morrowind uses a boat to introduce an entire game of experiences, The Witcher 3 uses boats to both introduce a new area and a few new mechanics. Here, piloting the boat is part of the experience, so instead of implying a journey to new islands and new adventures, the player takes an active role in that journey. Because the islands of Skellige are numerous and far-flung, this makes sense for the story, but it’s also a clever way to give the player a break from horseback riding and to shift the pacing of gameplay, punctuating trips between islands with new places to discover and quests to complete.

Like The Witcher 3, the boat in Bioshock Infinite is mostly a bridge between gameplay experiences, but here a boat is a major part of a key plot moment. There isn’t much in the way of gameplay as far as piloting the boat is concerned, but there is an interactive cutscene that makes what comes before and after the boat ride with Elizabeth even more interesting and compelling to the player. For an action-driven game, the boat ride is relatively peaceful, so it leverages a shift in pacing to make it impactful, and it also uses various thematic elements of being on a boat to drive the narrative, such as the simple act of rowing slowly and moving through eerie waters. If that cut scene was done without a boat, perhaps on an airship, or even just with characters walking, it likely would have been far less memorable. 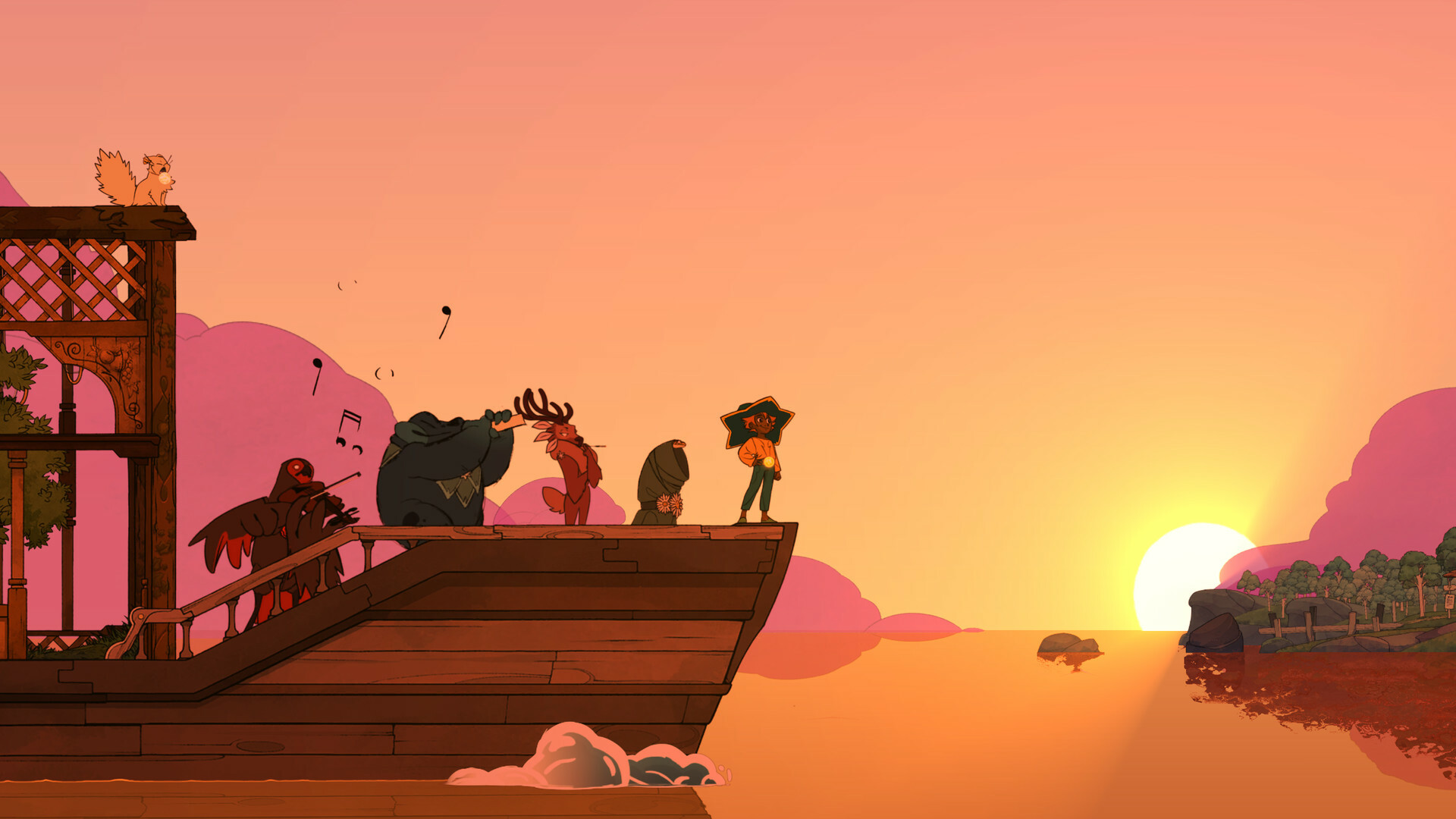 Spiritfarer is the newest game on our list, and it came to mind as we revisited Dread Nautical for its release on GOG.COM, but it’s too interesting to leave out. In this game, the boat is the hub of the experience in ways similar to The Secret of Monkey Island or Love for Sail, but it hits on the other elements of boats as game design choices that we have discussed so far, as well. It feels tied to a bigger world. It’s heavy on characters and stories that are possible because of the boat. And it has that powerful melancholy and atmosphere that made Bioshock Infinite stand out. 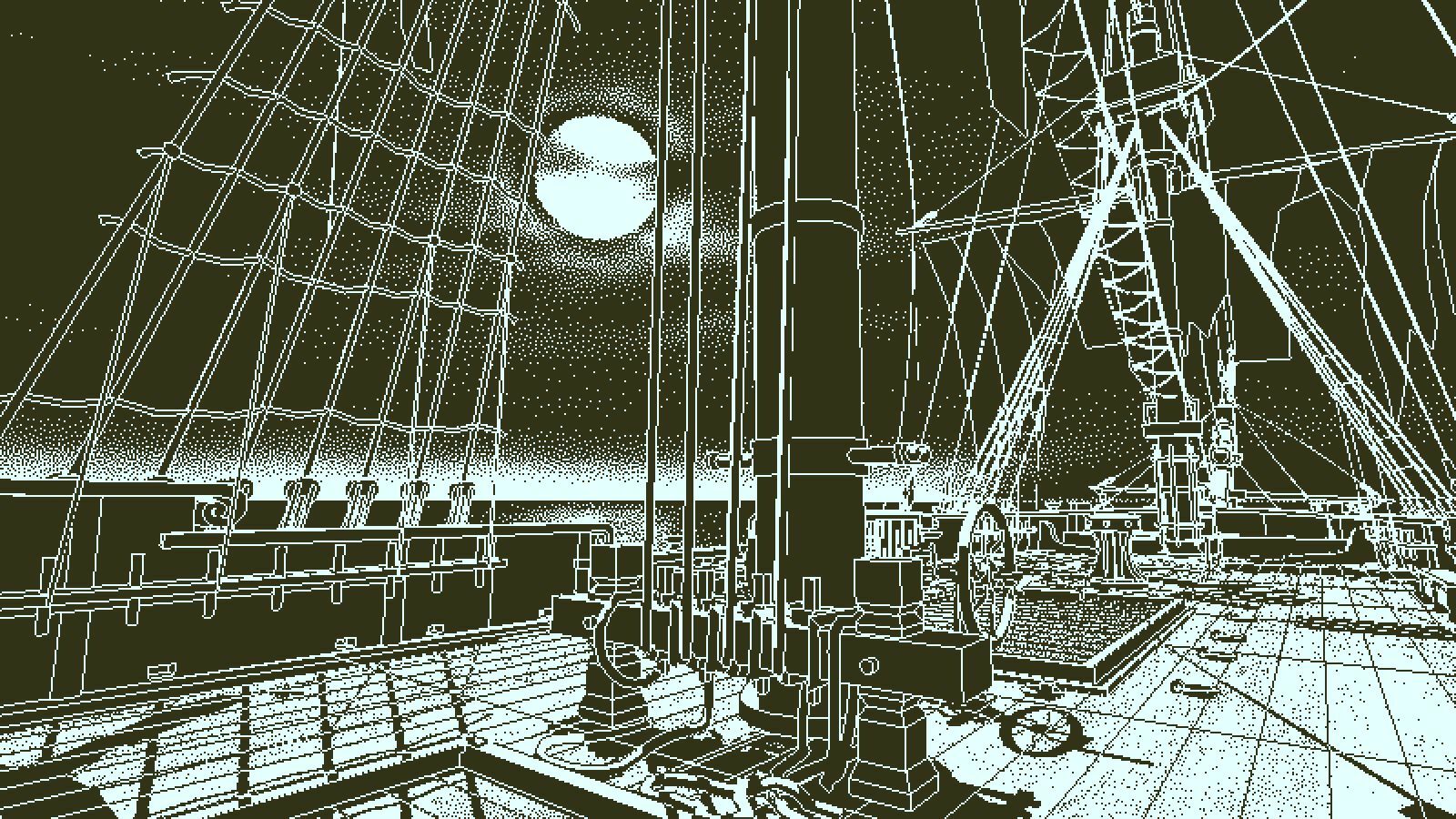 1. Return of the Obra Dinn

This is another newer game that turned heads because of its art style and captivated players because of its puzzle design. We wanted to highlight it here because the Return of Obra Dinn feels like a modern expression of the now-classic game design ideas we highlighted in our previous entries, which shows that boats and ships and all things related to the high seas still have a great deal of potential when it comes to game design.At Zen Studios, we’re excited that Dread Nautical gets to be an entry in this ongoing corner of game design. We’ve learned a great deal from the work of our peers, and it’s inspiring to take apart games that players have loved for years and challenge their design with weird questions like “how important was the boat here, really?”It turns out: pretty important. So grab your flippy floppies and play a new game with boats!
See comments (23)