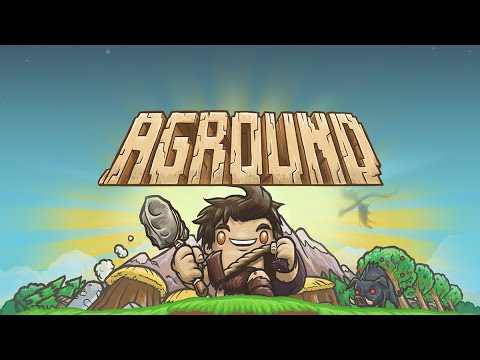 Why buy on GOG.COM?
DRM FREE. No activation or online connection required to play.
Safety and satisfaction. Stellar support 24/7 and full refunds up to 30 days.
Aground + Soundtrack Bundle
Description
Aground Demo is available here Survival is only the beginning. The only way for humanity to have a future is to return to the stars and confront them. But, it will require a lot of ingenuity and help to recover everything that was lost, and even that might not be enough... Aground is a...
User reviews
Be first to rate
{{ review.content.title }}
Product details
2020, Fancy Fish Games, ...
DLCs
Aground Soundtrack
Description

Aground Demo is available here
Survival is only the beginning. The only way for humanity to have a future is to return to the stars and confront them. But, it will require a lot of ingenuity and help to recover everything that was lost, and even that might not be enough...

Aground is a Mining/Crafting RPG, where there is an overarching goal, story and reason to craft and build. As you progress, you will meet new NPCs, unlock new technology, and maybe magic too. Will you be able to raise dragons? Launch into space? The sky is literally not the limit. Beneath its simple exterior, Aground hides a lot of depth and surprises that will keep you wondering “what’s next?”


What can you do in Aground?

While it starts simple, Aground slowly evolves into a much larger game with tons of features and things to do. Here is an incomplete list:

The soundtrack from Aground pushes the status quo of what a typical video game soundtrack in the Western part of the world is perceived as. Aground is certainly inimitable and in great measure to be combined with complete originality and euphony. Many of the pieces bring excitement, nostalgia and joy to the players/listeners. Each track is carefully crafted to compliment hours of game-play never to become monotonous. It conflates funky rhythms with psychedelic synths in juxtaposition of idiosyncratic time signatures that have never been used in the history of video game music ever before.

This deluxe edition of the soundtrack (the original of which was released in 2019) includes 7 additional tracks never heard before, 2 tracks originally from the game Deity Quest, and 3 pieces of sheet music transcribed and arranged for solo piano by David Peacock: "Ancient Aquatic Energy," "Brave Crusader," and "Nightly."

"Aground (Original Game Soundtrack) [Deluxe Edition]" was made possible by the following individuals:

We’re Fancy Fish Games - a small indie team that has released 12 games, 5 commercially (including Aground), since 2012. We follow our passion, making games that catch our fancy - our games tend to be quirky, surprising or thought-provoking. You can read more about us and how we bring Aground to life in our developer interviews: