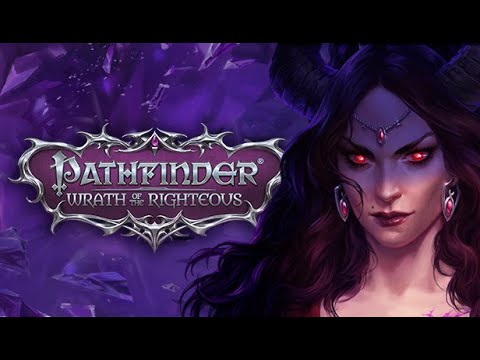 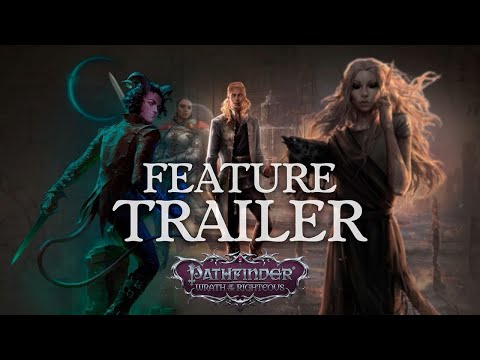 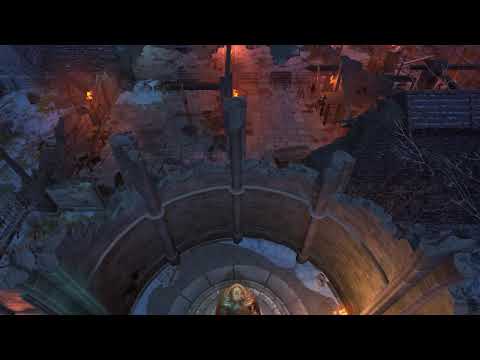 Why buy on GOG.COM?
DRM FREE. No activation or online connection required to play.
Safety and satisfaction. Stellar support 24/7 and full refunds up to 30 days.
Pathfinder: Wrath of the Righteous - Mythic Edition
Description
Brace yourself for new adventures set in your favorite universe thanks to the Inevitable Excess DLC! Discover the StoryYour path will lead you to the Worldwound, where the opening of a rift to the Abyss has unleashed all-consuming terror across the land. For over a century, the neighboring nati...
Critics reviews
79 %
Recommend
IGN
8/10
PC Gamer
76/100
Wccftech
8/10
User reviews
3.8/5
{{ review.content.title }}
Product details
2021, Owlcat Games, ...
System requirements
Windows 7, Intel(R) Core(TM) i3-2310M CPU @ 2.10GHz, 6 GB RAM, NVIDIA GeForce 940M, 50 GB available...
DLCs
Pathfinder: Wrath of the Righteous - Paint of War, Pathfinder: Wrath of the Righteous - The Last Sar...
Description

Brace yourself for new adventures set in your favorite universe thanks to the Inevitable Excess DLC!

Your path will lead you to the Worldwound, where the opening of a rift to the Abyss has unleashed all-consuming terror across the land. For over a century, the neighboring nations have fought fearlessly, trying to drive the enemy back — but to little avail.


Now, you have the chance to put an end to this conflict, but the path to salvation is far from clear-cut. Will you become a shining angel, backed by noble paladins? Or a powerful necromancer with hordes of immortal undead in your thrall? Or something else entirely? Lead your army and challenge mighty demon lords. Your crusade will set in motion a chain of events that will leave you — and the world itself — forever changed.

PLAY YOUR HERO, YOUR WAY

Create any character imaginable with the flexibility, richness, and depth of the Pathfinder First Edition ruleset. Choose from 25 classes, 12 character races, and more than a thousand spells, feats, and abilities to suit your personal playstyle.

FOR EVERY CHOICE, A CONSEQUENCE

Your decisions have more weight than ever before. Your goal is clear, but you must forge your own path to it. Who will die, and who will live? Who will stay, and who will go? Make your choices, and watch the world around you change.

A NEW WAY TO FIGHT

Enjoy two combat modes as you slay your enemies – real-time with pause or turn-based. Switch between them on the fly, so you can always take things as slowly — or as quickly — as you like. The unique Pathfinder ruleset also allows you to perform advanced combat maneuvers, like mounted combat. Use them wisely!

A cast of more than 10 unique companions is ready to join your cause. Earn their trust and respect, and they will have your back no matter what dangers lie ahead. And if you get on their bad side, well… Maybe it’s time to part ways.

You will need much more than a party of adventurers to cleanse the land of its demonic scourge. Take command of the crusaders and lead them to victory – both as a strategist, controlling the battle from above, and as a field commander, in a new tactical combat mode.

Explore nine unique Mythic Paths: obtain extraordinary abilities and shape everything that comes next. Your decisions might transform you into a celestial Angel, a raging Demon, a powerful Lich, a cunning Trickster, an otherworldly Aeon, a rebellious Azata, a wise Gold Dragon, an insatiable Swarm That Walks — or remain mortal and walk the arduous path toward becoming a living Legend.


Explore the beautiful art of the Pathfinder universe in this 192-page long artbook made by our talented artists and designers!
Relive the beautiful soundtrack, crafted by a team of talented composers at any time in the best format available. Includes tracks in FLAC and MP3 quality.
This world map can serve as a fine decoration or as a guide through the world of Pathfinder: WotR!
This fancy hat will keep your head safe at all times! Provides a bonus to maximum HP and an immeasurable increase in style!
Even the smallest creatures won’t escape your attacks if you wear a pair of these lenses! Provides a bonus on damage rolls against swarms.
Be the master of both mounted and ground combat. Gives a bonus to morale on mounted and regular attack damage rolls.
Become the bane of all demons! These bracers will increase morale on damage rolls against creatures of the Abyss.
Get access to the three upcoming DLCs and save on purchasing them individually:

New additional campaign. Import your character from the main campaign to the moment of their greatest triumph — their victory over the Worldwound. Answer a plea from a powerful entity and leave Golarion behind to defend the space-time continuum against imminent collapse. Use your unparalleled mythic powers to do battle with truly invincible opponents. This additional campaign offers 7–8 hours of gameplay.

New additional campaign. The demon attack on Kenabres changed the lives of many. While the mythic hero and their loyal companions were busy liberating the city, the common folk had to find a way to survive, relying only on their humble skills. Band together with other survivors and try to reach the Defender's Heart tavern, the last foothold of the crusader forces in the city. Choose who will join your group, and make difficult decisions about allocating scarce resources. Remember — in fire-ravaged Kenabres, every scroll and potion could make the difference not only in an individual fight but also to your very survival. Act in the group's best interests or focus solely on your own well-being. Import your choices to the main campaign and look forward to seeing this story develop in other DLC. This additional campaign offers 6–7 hours of gameplay.

OpenCritic Rating
IGNby Rowan Kaiser
8/10
Pathfinder: Wrath of the Righteous is an enormous isometric RPG that builds on its predecessor with a lot of depth and a strong turn-based combat option.
Read full review »
PC Gamerby Jody Macgregor
76/100
A long game of choose-your-own-chosen-one with high highs to balance the lows.
Read full review »
Wccftech
8/10
Pathfinder: Wrath of the Righteous is a faithful adaptation of the tabletop RPG, featuring an engaging story, well-written characters, and extremely deep gameplay mechanics. Although Owlcat Games' did their best to make the game feel welcoming to newcomers with plenty of in-game resources and tutorials, and difficulty customization options, the depth of the experience can be intimidating. Those who brave through the initial confusion, however, will find one of the best computer RPGs released in recent times.
Read full review »
Reviews powered by OpenCritic
You may like these products
In library In cart Soon Wishlisted
In library In cart Soon Wishlisted
Movie
Free
Play for free Coming soon
User reviews