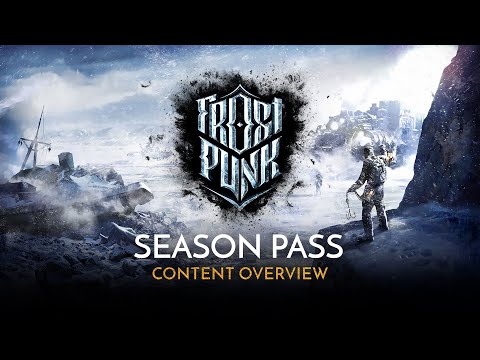 Not having the game at all? Worry no more, as the Frostpunk: Game of the Year edition is what you are looking for. It includes the main game, season pass and all exclusive content at a discounted price.

On The Edge expansion tells a story of citizens of New London sent for a special assignment after the Great Storm. It not only opens a brand new chapter set in the Frostpunk universe but also pits you against new challenges and offers unique mechanics, both in the city and on the Frostland map - further enriching the core experience.

A brand new, frozen board is set and the pieces are moving. What destiny lies ahead for your people? What will this mean for you, as their leader? Shape the future of humanity in Frostpunk's final chapter - On The Edge.

On The Edge will feature:

Experience new level of challenge on a brand new Endless Mode map, where the land itself threatens your survival. Using a new gameplay mechanic, bridge the rifts to access new areas. Expand the city to save your people from inevitable doom!

Behind Frostpunk's distinctive style there is a history of people working on the visual design, concept art and inspirations. That was a long road and it took solid part of their lives to ultimately create the grim, dirty, cold style of Frostpunk. "New London. The art of Frostpunk" is a book documenting this process. Learn how the citizens of New London were designed, how the architecture was created, how the hole of an ice crater was filled with man-made structures that in the end build up the city of New London. Moreover, you'll learn the perspective of the team of artists at 11 bit as they share their insights on not only designing the in-game elements, but also the entire visual side of the game, including the well-recognizable logo.