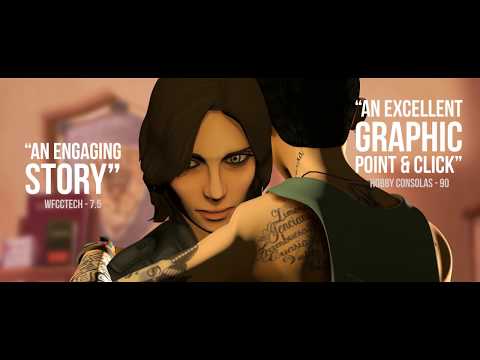 Shopping Optimization
Solve all puzzles in the antique shop swapping character a maximum of 5 times.
common  ·  46.46%

The Redhead's Melody
A ghost melody haunts you both at the shop and Baxter's mansion.
common  ·  41.62%

The Old Man and the Newborn
Get Gines to tell you something about your very first days of life.
common  ·  44.56%

The Usual Suspects
Go through all the possible suspects of a crime with the victim.
common  ·  42.83%