Warriors of the Nile 2 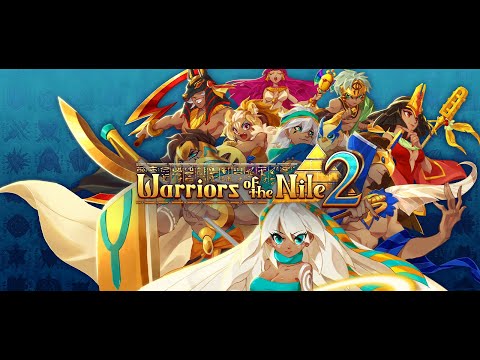 Why buy on GOG.COM?
DRM FREE. No activation or online connection required to play.
Safety and satisfaction. Stellar support 24/7 and full refunds up to 30 days.
Warriors of the Nile 2
Description
Warriors of the Nile 2 DEMO is available here Warriors of the Nile are back! Building up on the original version's [Turn-based Strategy+Roguelite] framework, in Warriors of the Nile 2 you will once again experience iconic fast-paced, exhilarating combat. This time, you will lead warrio...
User reviews
Awaiting more ratings
{{ review.content.title }}
Product details
2022, Stove Studio, ...
System requirements
Windows 7, Intel Core i5, 2 GB RAM, NVIDIA GeForce GTS 450 / ATI Radeon HD 5750, Version 10, 2 GB av...
Description

Warriors of the Nile 2 DEMO is available here

Warriors of the Nile are back!

Building up on the original version's [Turn-based Strategy+Roguelite] framework, in Warriors of the Nile 2 you will once again experience iconic fast-paced, exhilarating combat. This time, you will lead warriors blessed by Egyptian gods and fight against the invading Roman army.

Choose your adventure route. Strategize and make preparations amidst ever-changing stage conditions, then move with precision as you fire away. Create a unique skill build by choosing from an array of skill tablets.

What's different from the original version is, in the new Warriors of the Nile squad, each character possesses a trademark skillset. Not only have attack modes changed, but the new feature-packed individual system will bring an all-new dynamic into the game.

Choose a suitable skillset tablet for you, be it making a clean sweep at the battlefield, using multi-phased attacks and chain attacks to break through enemy lines, or using charge attack leaps to take out the back row......

Awaken the gods' blessings at key moments to unleash Miracle and turn the tides in your favor!