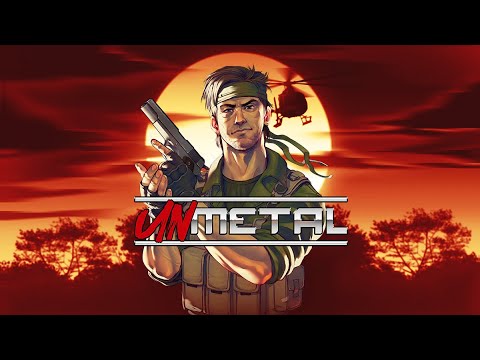 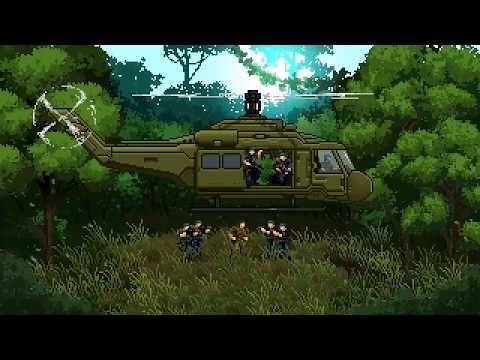 UnMetal
You play as Jesse Fox who finds himself imprisoned in a covert military base where he was arrested for a crime he didn't commit. Jesse must now escape using his dry wits, quick words, improvised skills, arsenal of warfare, violent explosives, MacGuyvered gadgets, and an elaborate explanation of how it all went down. If that all fails, he'll use his fists.

UnMetal - Big Boom-box Soundtrack
What did Jesse Fox listen to before he was arrested for a crime he didn't commit? The officialsoundtrack to the indie hit, UnMetal. The Big Boom-box Soundtrack features all of the music from thegame - a whopping 25 music tracks! Whether you're sweating on a midnight run or in the mood forromance, this explosive soundtrack has got all that you need for a total playtime of 46 minutes and 9seconds. (Cassette player not included)

OpenCritic Rating
TechRaptorby William Worrall
8/10
The frustrating moments happen often enough to hamper the gameplay in many ways, but despite this, UnMetal is still a really solid stealth game with some genuinely funny moments throughout.
Read full review »
Reviews powered by OpenCritic
You may like these products
In library In cart Soon Wishlisted
In library In cart Soon Wishlisted
Movie
Free
Play for free Coming soon
User reviews