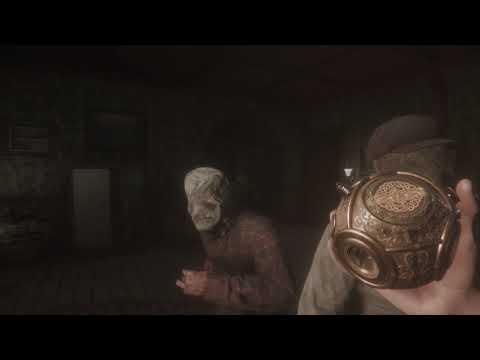 Why buy on GOG.COM?
DRM FREE. No activation or online connection required to play.
Safety and satisfaction. Stellar support 24/7 and full refunds up to 30 days.
Maid of Sker Bundle
Description
Bundle includes Maid of Sker game + original soundtrack Brave the nightmares of the Quiet Ones. Do not panic…don’t even breathe! Maid of Sker is a first-person survival horror, set in a remote hotel with a gory and macabre history from British folklore. Inspired by the haunting tales of...
User reviews
Be first to rate
{{ review.content.title }}
Product details
2020, Wales Interactive, ESRB Rating: Mature 17+...
System requirements
Windows 7/8.1/10, Intel® Core™ i5-4460 or AMD FX™-6300 or better, 8 GB RAM, NVIDIA® GeForce® GTX 760...
DLCs
Maid of Sker Soundtrack
Description

Brave the nightmares of the Quiet Ones. Do not panic…don’t even breathe!

Maid of Sker is a first-person survival horror, set in a remote hotel with a gory and macabre history from British folklore. Inspired by the haunting tales of Elisabeth Williams, discover a suffocating family secret with stealth tactics amongst sound-based AI enemies.

Set in 1898 and inspired by the haunting Welsh tale of Elisabeth Williams, this is a story of a family empire driven by torture, slavery, piracy and a supernatural mystery that suffocates the grounds of the hotel.

Developed by Wales Interactive with a plot crafted by the writing talent and designers behind the likes of SOMA, The Bunker and Battlefield 1.


Experience the beautifully haunting and iconic soundtrack from the survival horror of the year, Maid of Sker. This soundtrack features 14 tracks composed exclusively for the game by Gareth Lumb. Featuring the re-imagining of famous Welsh hymns with the spine-chilling voice of Tia Kalmaru! Including Calon Lân (A Pure Heart), Suo-Gân (Welsh Lullaby) and Ar Hyd Y Nos (All Through the Night) - a bonus hymn that isn't included in the game.