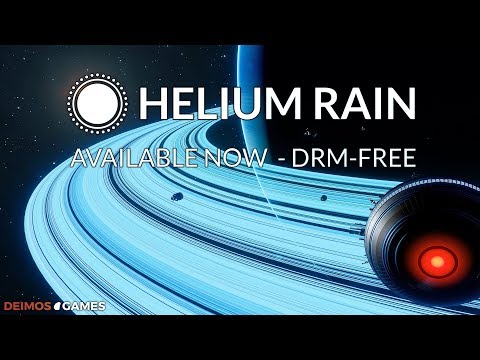 You will need to master both real-time action and long-term strategy: destroying a freighter has a direct impact on the economy, while declaring war will make your spaceflight environment slightly more hostile...

A world that feels real
Your ships have generators, radiators, weapons, engines, cargo bays or life support systems - they all work together. Every thruster on your ship plays a role. Aim for engines to pin down your enemies, or send them spinning around by destroying power stations. Most ships have more than thirty individual parts ! You can customize the most important parts of your ships - your main engines, attitude control thrusters, weapons and hull colors.

Your competitors are independent factions, companies with the same goal as yours - ruling the system. They will try to undercut you, or even attack you if you become a threat to them. But don't be too quick to destroy them, as war can break the supply of resources you depend on ! Attacking freighters will destroy resources, with the potential to cause an economic crisis.

No Time for Caution
Dock at a station using manual controls
common  ·  84.34%