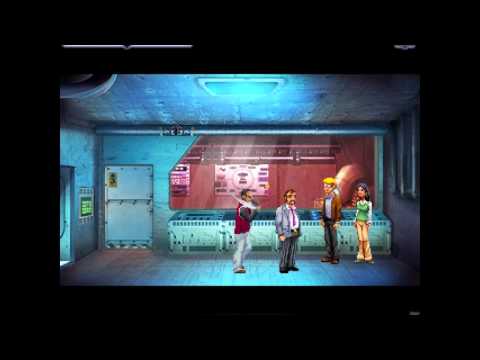 A particle physicist’s mysterious and spectacular death sparks a race to find his hidden vault and claim his terrifying new discovery. The player will take control of four characters whose lives become entangled in the search for the scientist’s vault. They will have to learn to trust each other and work together to overcome the obstacles in their way and to keep this new and powerful technology out of the hands of a dangerous organization.

Resonance is a joint effort between Wadjet Eye and xii games. It's been five years in the making, and it's without-a-doubt their longest and most ambitious game to date. This gem is made by gamers for gamers, and you can clearly see that in almost every element of the game. From the polished and intuitive interface, through well balanced puzzles, all the way to the fun and gripping story, you can tell that xii games knows how to get the job done right. So if you are an old-school adventure game fan then this game should scratch all the old-skool gaming itches you’ve been feeling while delighting you with its innovations and story.
包含内容
壁纸 原声音乐 developer's diaries 头像 海报
系统要求
最低系统配置要求:
推荐系统配置: