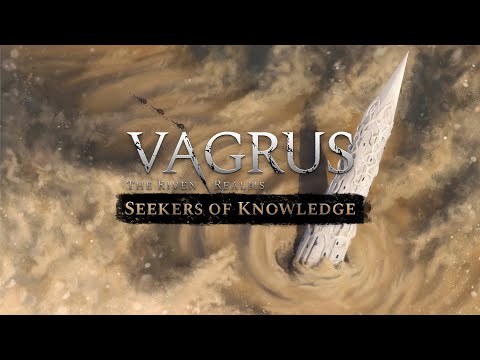 When the Calamity struck more than a thousand years ago, the lives of the Tower’s denizens were cruelly extinguished, and the great spire plunged deep under the shifting sands where it remained mostly inaccessible – until now. Since then, however, the Tower has taken on new, twisted qualities. Most of those in the know speak of it as a stronghold of the accursed, a trove of forbidden secrets, and a den of malevolent spirits.

Few remain who understand what truly went on in the Tower, and fewer still are daring enough to delve into its depths. The question is: are you?

Along with the Sunken Tower itself, this DLC introduces the Knowledge Ambition questline – a new victory condition for vagri in the Riven Realms to achieve their goals in the allotted time limit. The player is tasked with amassing and uncovering all kinds of knowledge, exploring distant parts of terra supra, and delving into the depths of the Sunken Tower.


This DLC introduces new characters to interact with along with a variety of enemies who call the Sunken Tower their home. Battle it out against the spectral honor guard, go toe to toe with ghostly practitioners of the arcane and the divine, or face down your mortality against creatures and entities twisted beyond comprehension.