There are some things that just go well together. Peanut butter and jelly, Tom and Jerry, bacon and egg, and video games and Dungeons & Dragons. While both video games and tabletop Dungeons & Dragons are amazing on their own, the two work perfectly together.The Baldur’s Gate series is one such example. The first one was a masterpiece and then, somehow, Baldur’s Gate II managed to be even better. With the second title in the series celebrating its 20th anniversary and Baldur's Gate 3 releasing as Game In Development in just a couple of days, we thought it was the perfect time to look back at this timeless classic.We’ll look back at the story, the gameplay, and how these things came together to make a video game that is as good today as it was 20 years ago. 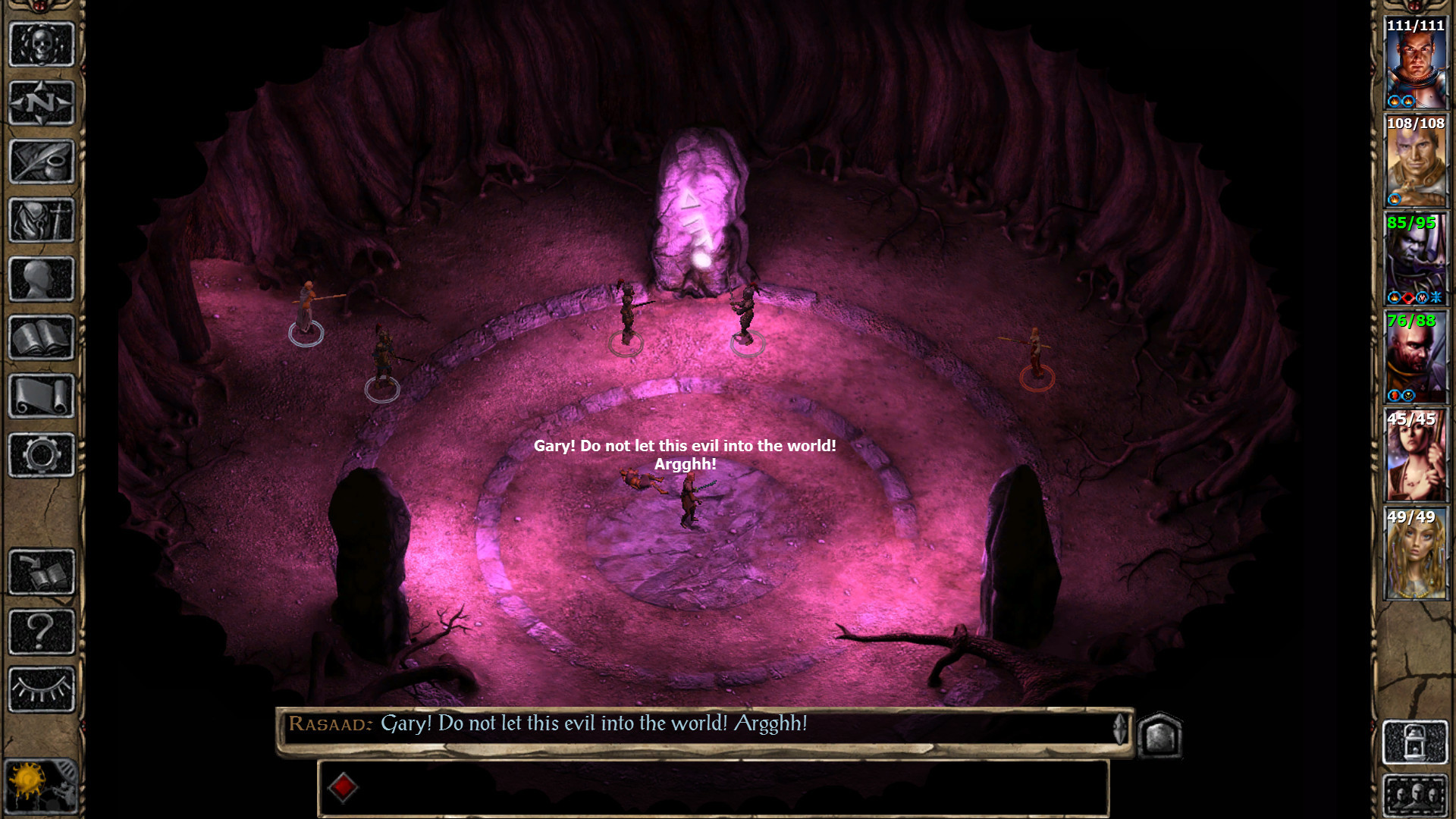 The story of Baldur’s Gate II

If you like grand adventures, then this game is for you. Set in the medieval Forgotten Realms of Dungeons & Dragons fame, Baldur’s Gate II continues the story of the first game. You find yourself locked in a cage and, with the help of some new friends, you are eventually set free. Both your savior and torturer are eventually arrested for the unauthorized use of magic and that’s where the game really begins. You’ll have to use all of your wits to get to the island where both people are held, and you’ll be presented with plenty of options on how to complete your task.Those choices have consequences, and outcomes will change depending on what you choose. Will you choose to be more confrontational or will you try to talk your way out of altercations? Sometimes friendly conversations eventually end in fighting if you say the wrong things, so choose wisely!You’ll meet plenty of unique characters along your journey and if you are worried about this being a short game, have no fear. If you spend time in the world and complete most of the sidequests, you’re looking at a 200-hour gaming experience! 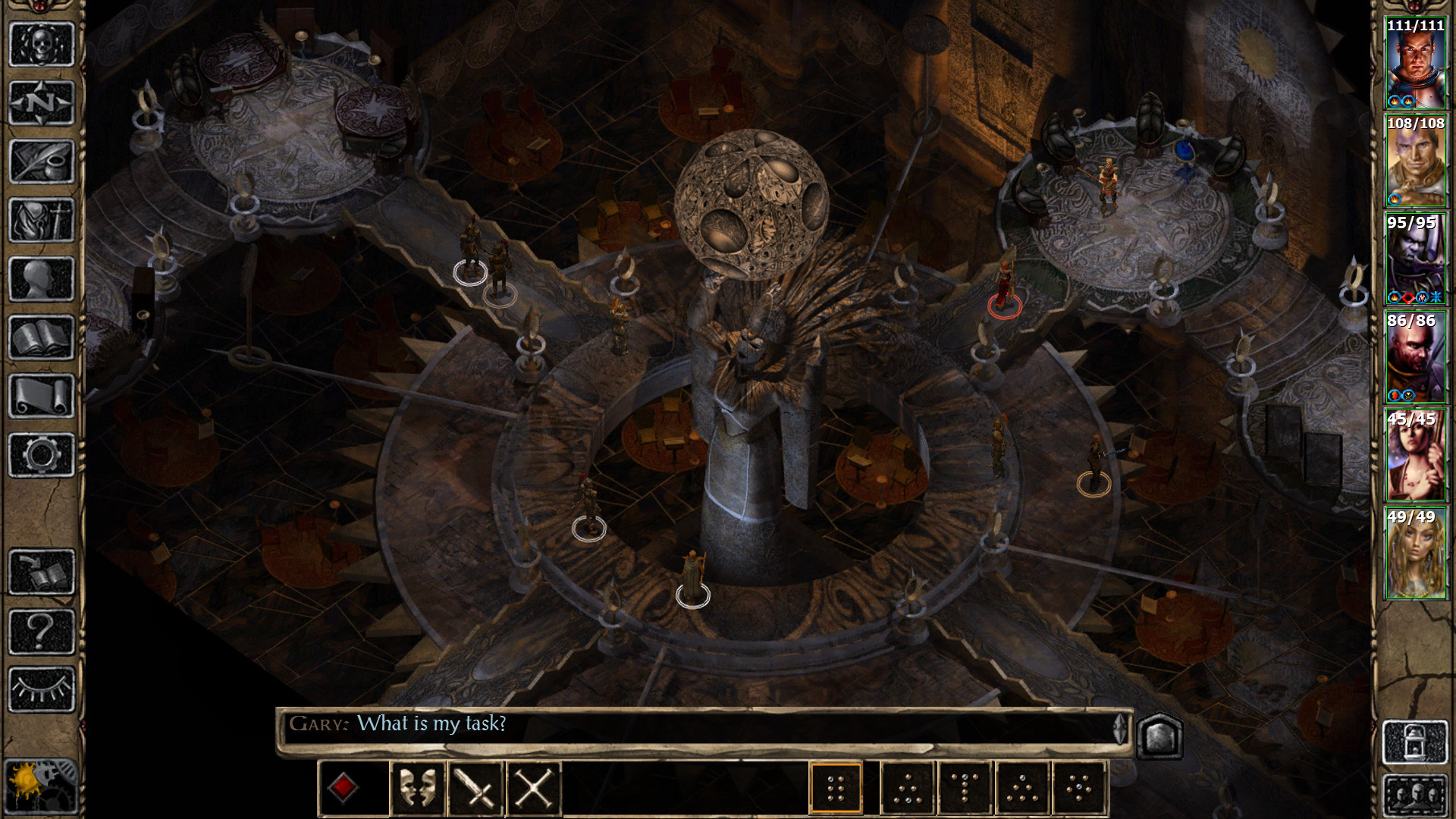 The gameplay of Baldur’s Gate II

While a solid story can solidify a game’s experience, having tight, exciting gameplay can simply take it to the next level and Baldur’s Gate II delivers.When you’re not making choices with NPCs, you’ll be leading a team of up to six adventures through epic fights. The game is presented in isometric view so you always have a bird’s eye view of the battle, and this will come in handy.That’s because, while the game is played in real-time, you can pause the action at your leisure to hopefully set up some strategic attacks. For each player in your party, you can assign different actions and movements, letting you execute flawless flanks and absolute domination.Because this is set in the D&D world, you also get access to a bunch of unique classes to explore and master. These include fighter, ranger, paladin, thief, bard, mage, cleric, druid, barbarian, monk, or sorcerer. Personally, I’m a fan of the paladin class, but every player is unique, much like the classes. 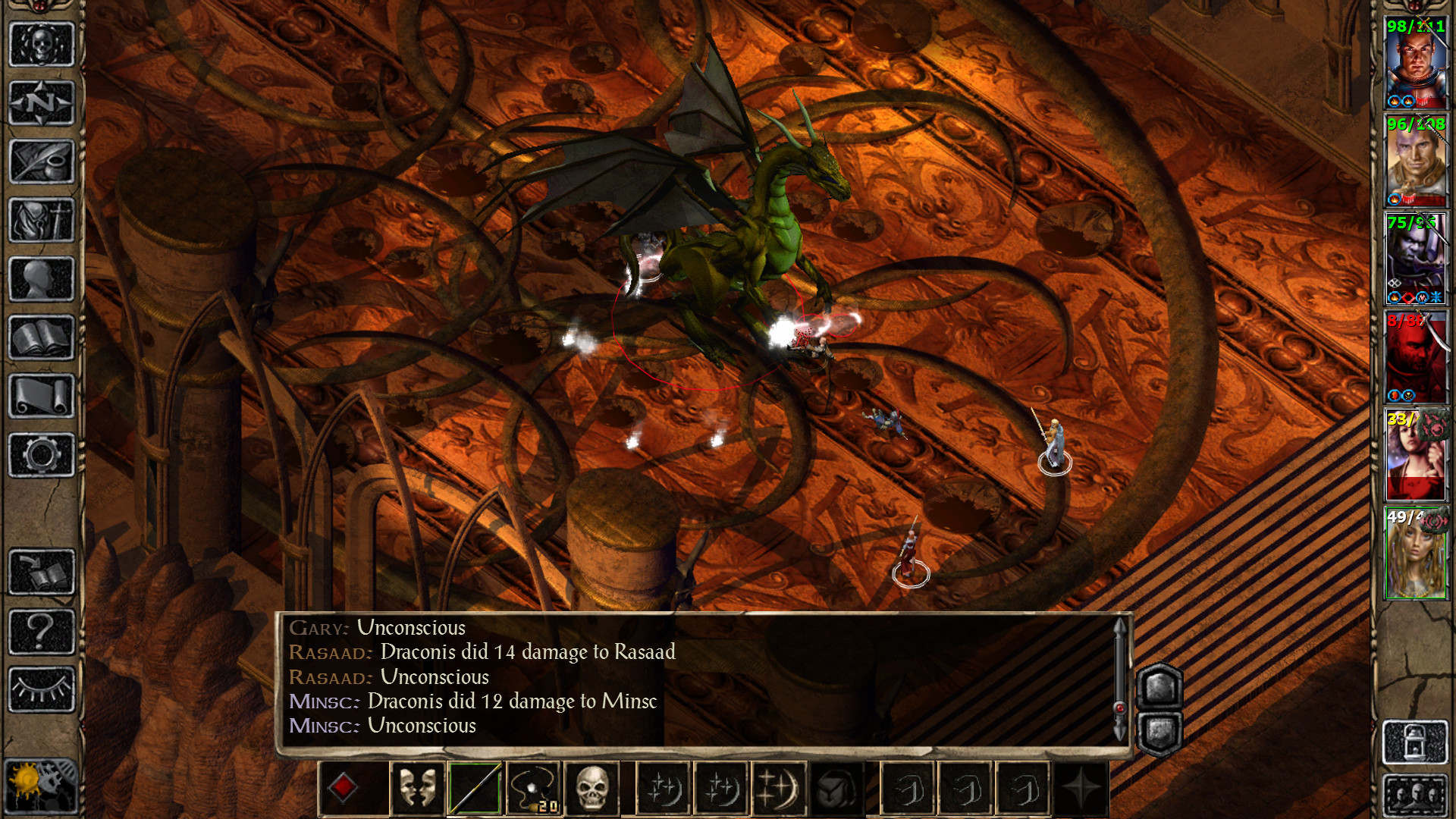 The making of Baldur’s Gate II

Developed by Bioware and published by Black Isle Studios, would you believe that the team only started production on the game in January 1999? That means this epic title was completed in approximately a year and a half, as it was released on September 21, 2000!Part of what made this possible was reusing the same engine from the first game, which helped cut down on time. But don’t let that fool you, the engine still received plenty of improvements to go along with the sequel to the hit isometric RPG.One of the goals of the team was to improve on as many elements of the original as possible, and they succeeded. Each department had a list of goals and improvements and most of them made it to the final game. The end result was a smashing success, both in terms of sales and accolades. It received many RPG Game of the Year awards and more recently, various outlets and reviewers have listed it among the best RPGs of all time. 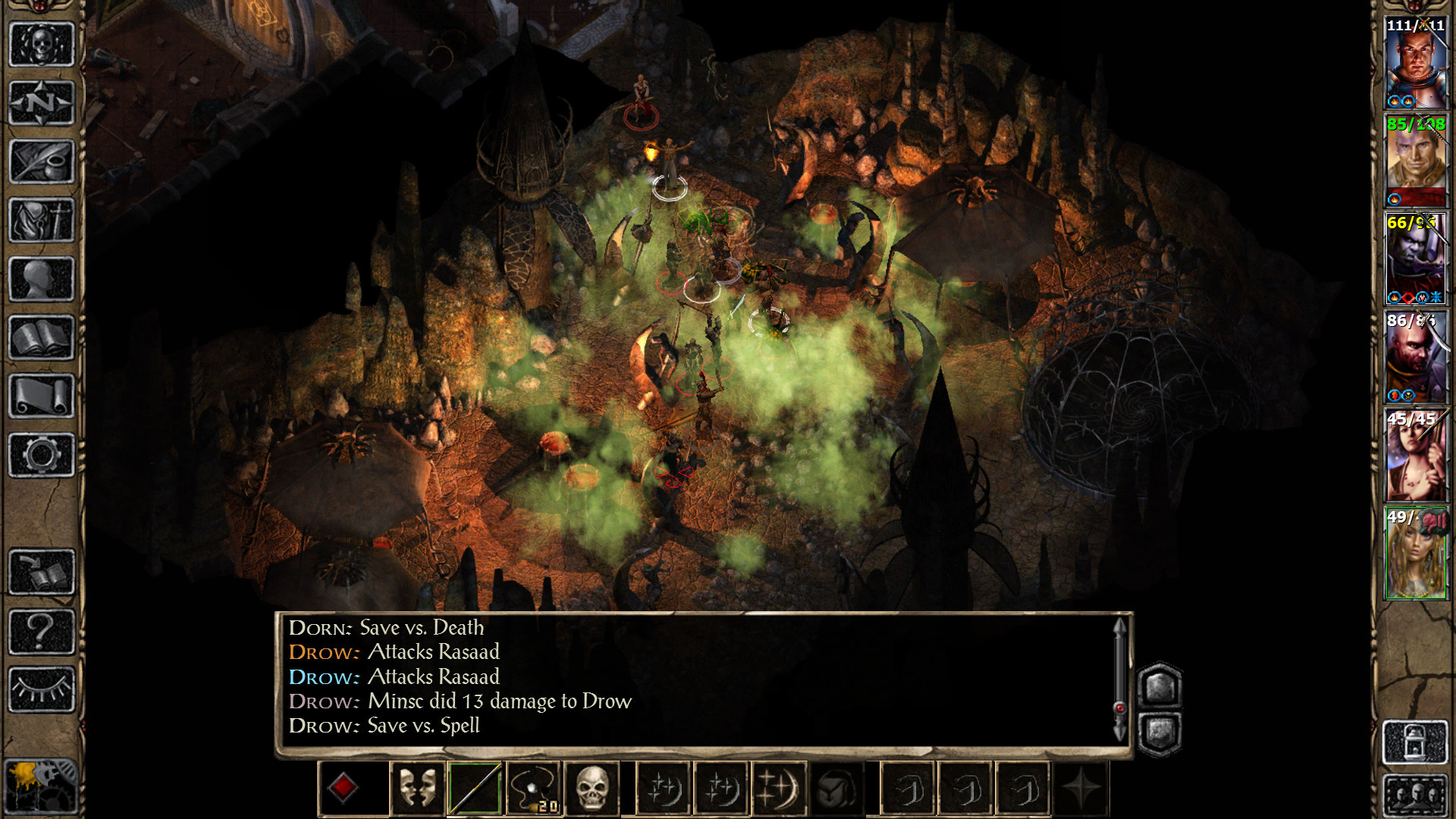 Since the game’s original release, Baldur’s Gate II has seen two awesome expansions, Throne of Bhaal and The Black Pits 2: Gladiators of Thay, which extends the world of Baldur’s Gate II even further. And we can’t forget to mention Baldur’s Gate II: Enhanced Edition, which not only includes both of those expansions but also adds new companions, improved area artwork, interface updates, widescreen compatibility, and more. On GOG.COM it comes together with the classic version of the game packed as a bonus goodie.What are some of your favorite memories from Baldur’s Gate II? Do you plan on revisiting it (or diving in for the first time)? Let us know down in the comments!
See comments (22)