Check out this guest article by 11 bit studios, the creators of an acclaimed strategy about society on the brink of extinction.Frostpunk is a unique blend of post-apocalyptic city-builder, society survival simulator, and human-centred narrative wrapped up in Victorian setting and steampunk aesthetics. It was a complex project in which a coherent whole rose from inspirations that came from various angles.The Lead Game Designer at 11 bit studios – Kuba Stokalski, picks the important ones that mostly shaped how Frostpunk looks and plays. Inspirations can be divided into groups. Those that influenced the gameplay at its core, since we added a lot from us, as well as Frostpunk’s theme, setting, and visual design. 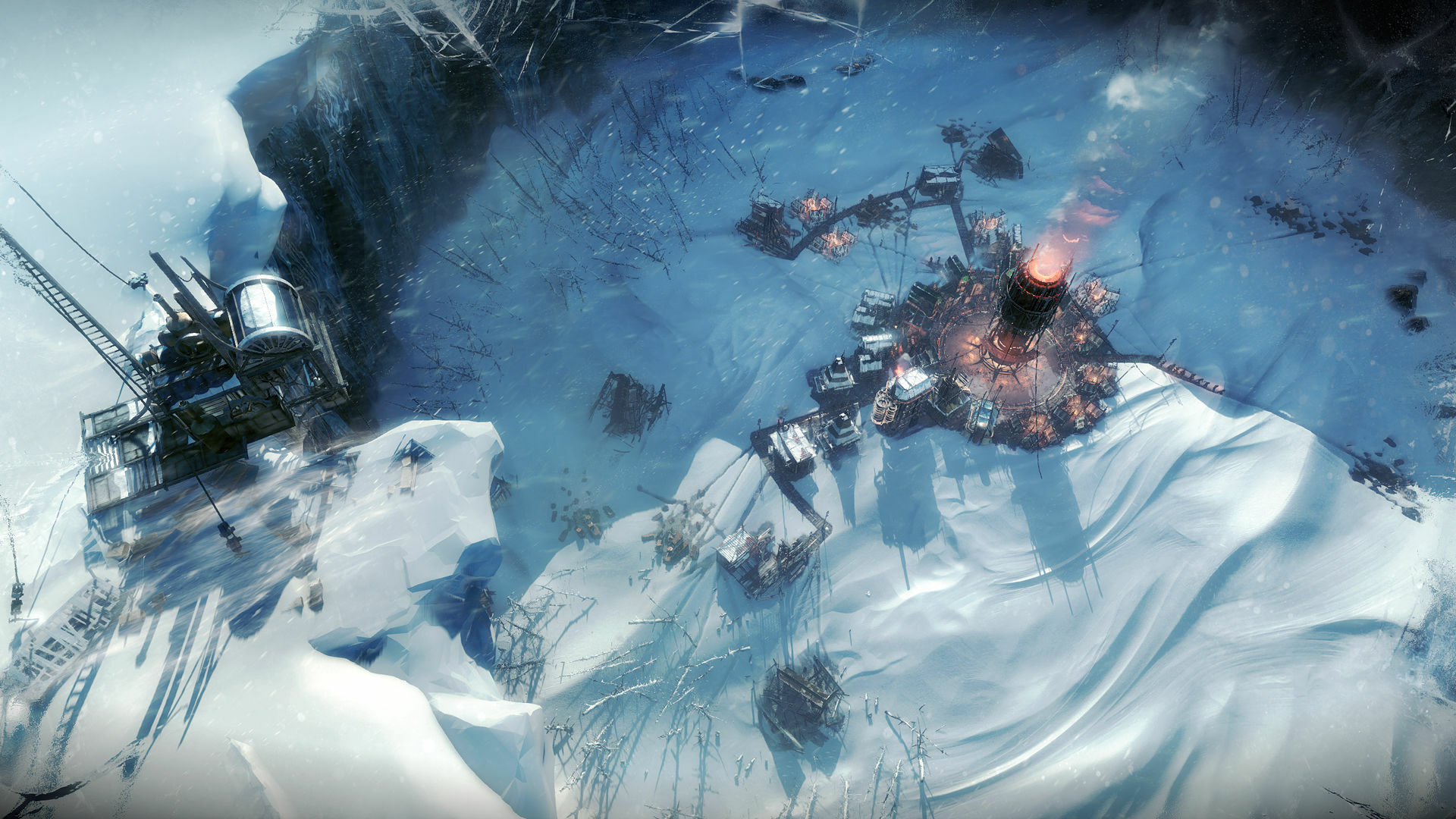 Games themselves come first since we are vivid gamers. Understandably, games are our daily dose of inspiration. City-building foundations of Frostpunk came from various titles: City Skylines and series like Tropicoor Anno. Many Frostpunk dev team members are fans of those amazing games. But in terms of inspiration, we had to maintain a healthy balance. We treat them as genre references – ones that we had to be aware of but not necessarily derive directly from them.Our own This War of Mine served as an inspiration to make another game labelled as meaningful entertainment. At first, Frostpunk aimed at being more of an economic game with an industrial feeling. Its prototype was even named Industrial. But at some point, the team figured out that delivering meaningful stories, touching on non-obvious ideas like civilians harm during wartime in This War of Mine, lay in our DNA. And we cannot do a game without this ingredient. 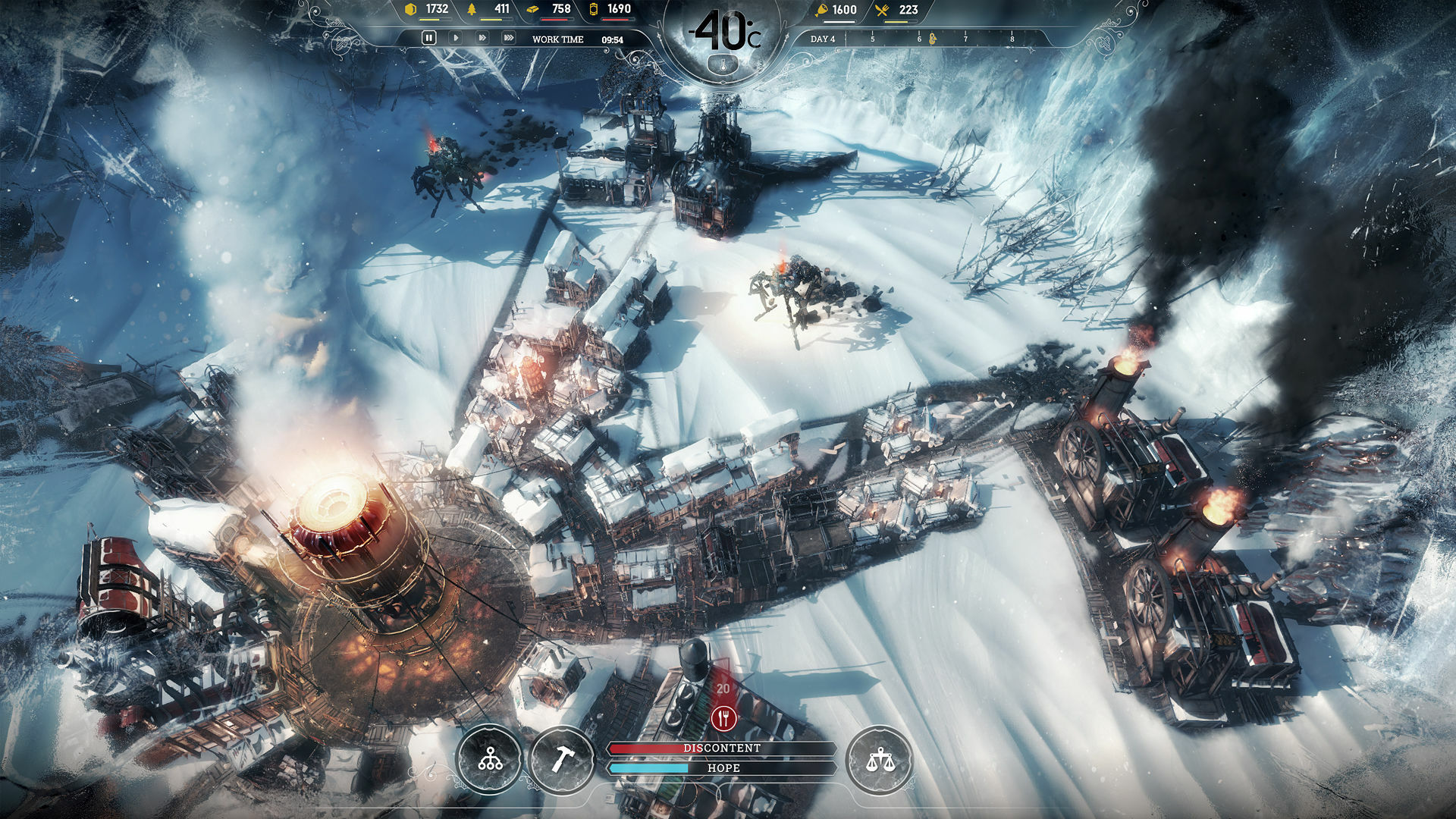 That pushed Frostpunk into society survival simulator territory, where players rule the city by establishing severe yoke that disrespects their needs or trying to please the society and consider needs while balancing shortages. And Banished was another game that had been on our radar since it is somewhat a blend of city-building gameplay with survival elements.With this shift came the concept of the apocalyptic freeze, followed by the human versus nature clash and the meaning of steam and heat in it. Because even the prototype aimed at steampunk design. One of the inspirations behind it is a Katsuhiro Otomo anime Steamboy with all those gorgeous detailed steam machines. 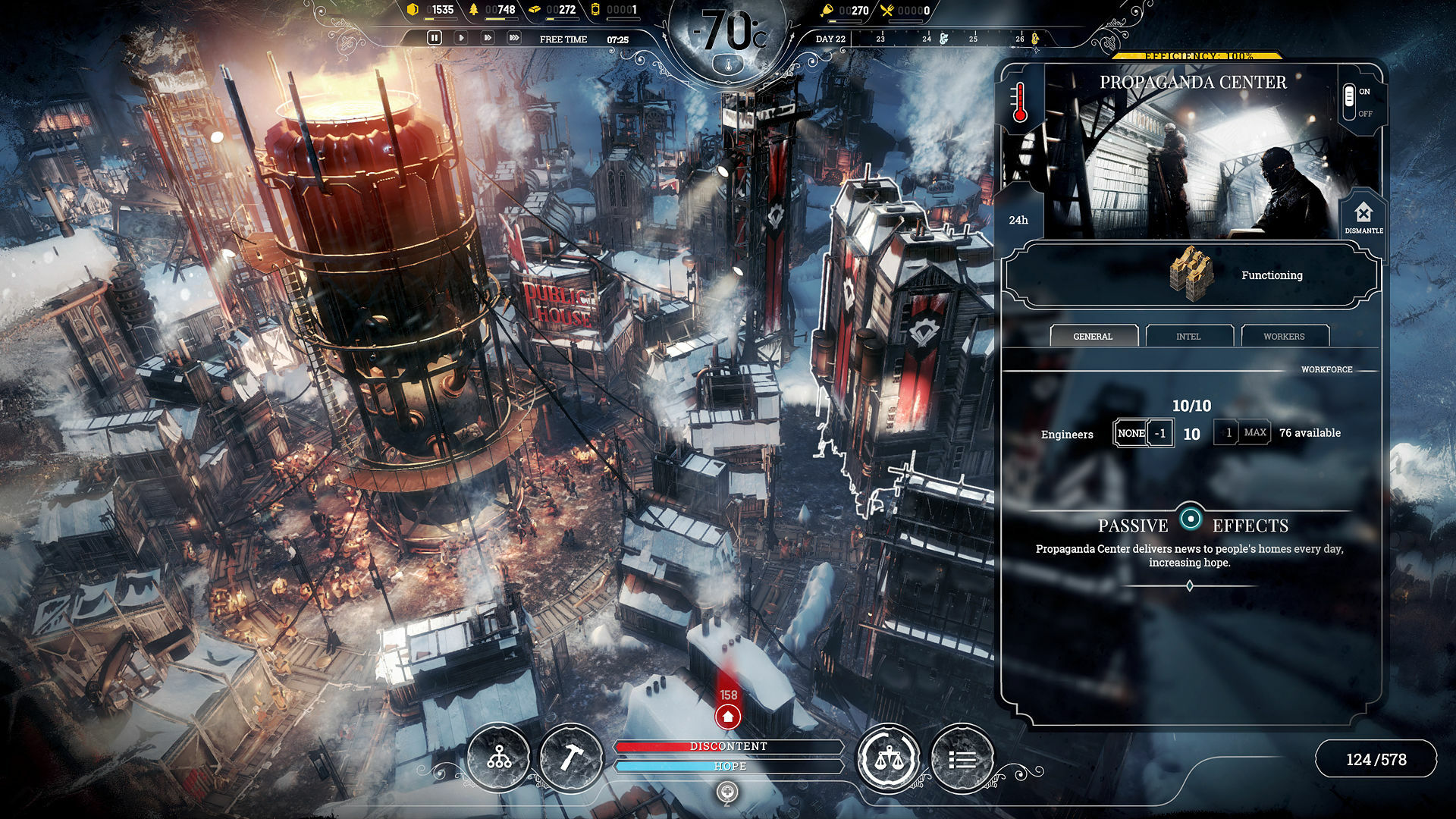 Frostpunk narrative is bleak. Our survival is full of desperation. A struggle that poisons people's minds and behaviours and bends the moral boundaries. To capture this mood, we need a group of references on how the human psyche works in life-threatening situations. Especially when facing the merciless freeze while being separated and distanced from others.The historical attempts to explore the Arctic and the South Pole came as a great value on that. The story of a lost expedition that had been led from England by John Franklin in 1845. The pioneering achievement of Roald Amundsen that had reached the South Pole as the first human in 1911 or a story of Robert Falcon Scott party. It was the second one at the South Pole but never made it back. Those were British gentlemen who tried to conquer the uncharted, and we have a Victorian setting and New London in Frostpunk, after all. 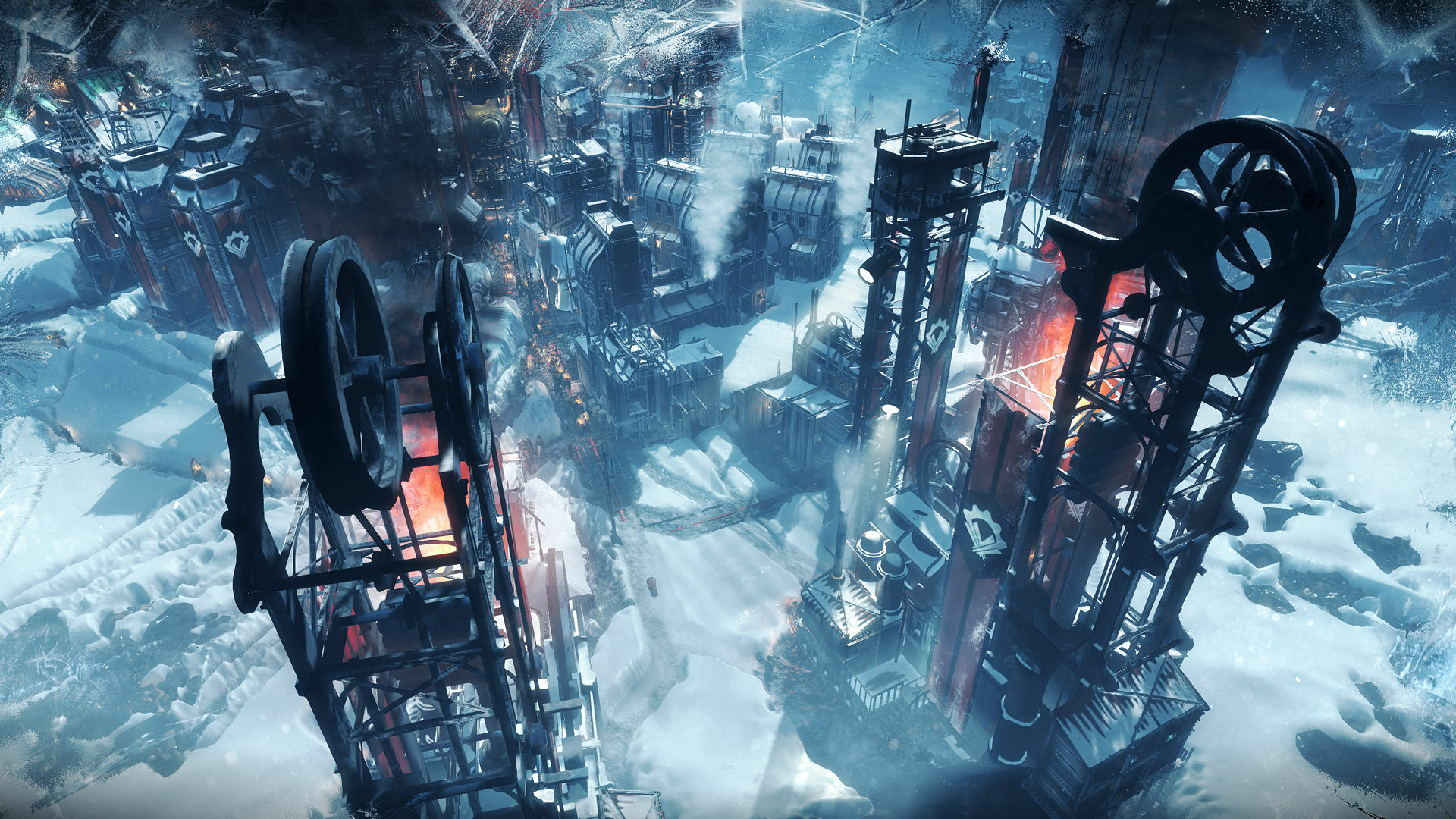 The crash of Uruguayan Air Force Flight 571 in 1972 was no less inspiring. Here, ordinary people had been forced to fight for their lives in dreadful conditions. Resort to cannibalism and pushed to the limits of humans mental and physical abilities. Like in the case of the Aron Ralston accident, told in the movie 127 Hours. It’s hard to imagine how determined you have to be, how the will to survive must be strong and how bold and self-conscious you had to be to amputate your arm to win your life back. Those kinds of references helped us understand the flavour of the icy setting, its hostile environment, and the drama of the human psyche better.Frostpunk is a complex game that binds together various influences. But not-obvious settings paired with mature themes, moral dilemmas and thought-provoking narratives are right up in our alley at 11 bit studios. All, of course, embraced by state-of-the-art delivery with responsibly designed and polished gameplay. And we are proud of Frostpunk, so if you didn’t have a chance to survive winter, the game is discounted until 16th August, 1 PM UTC.
See comments (3)