Wolves have always fascinated mankind. Since ancient times they have symbolized loyalty, freedom, and wisdom - as well as wild, carnivorous energy. And so, just as humans have always feared their animal instincts taking over their docile, civilized side, the werewolf was born.
🐺    🐺

The origin of a myth

According to European legends that spread across the world, werewolves are people who, under certain circumstances (e. g. a full moon), morph into vicious, powerful wolves or hideous creatures that resemble a combination of human and wolf. While in that form, the individual becomes bloodthirsty and can only control their animal instincts with only a magnificent strain of will. 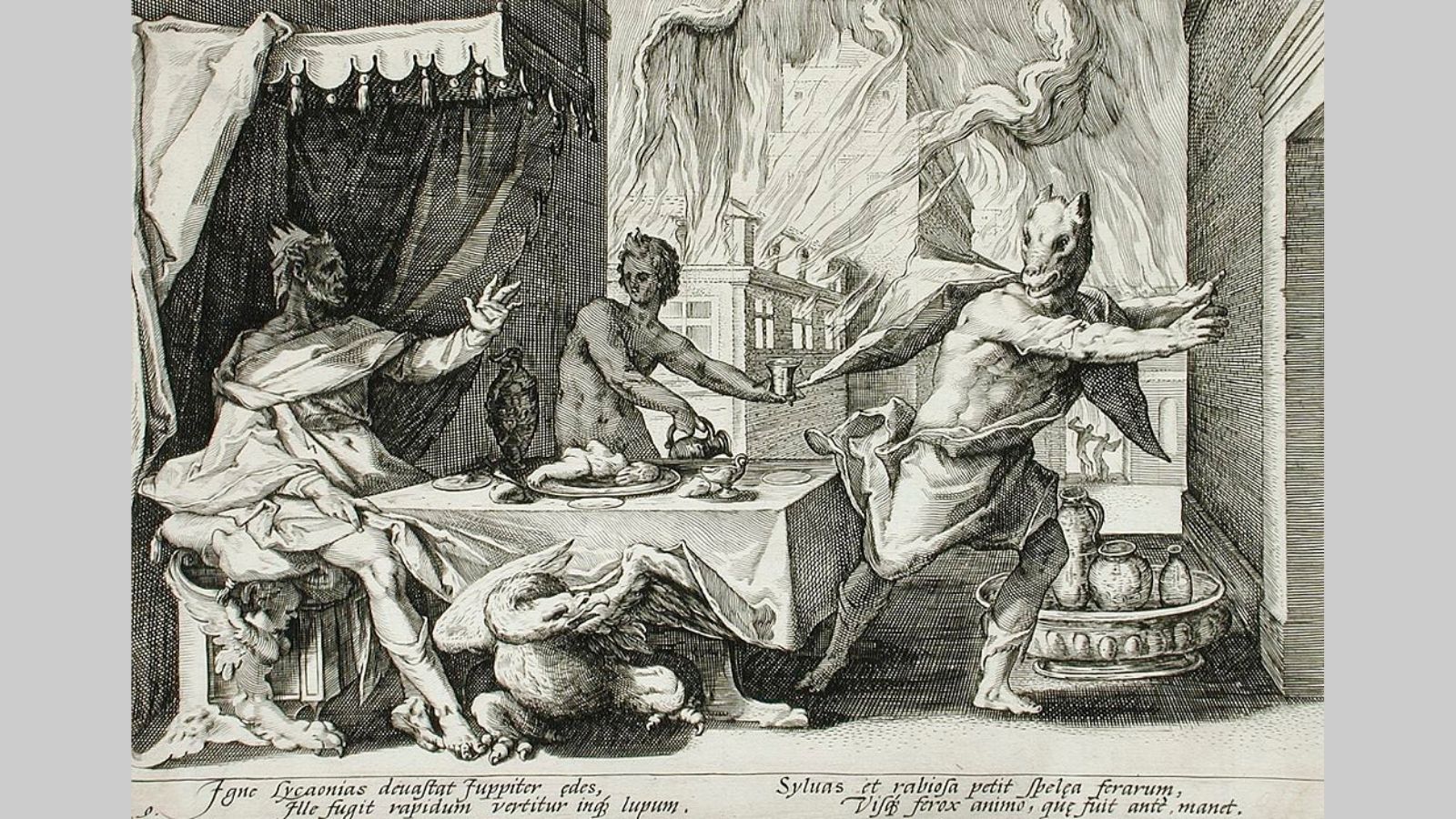 For many scholars, the werewolf legend is as old as civilization. We can trace its beginnings in The Epic of Gilgamesh, in which the main hero leaves a potential lover because she had turned her previous mate into a wolf. Werewolves were also present in Greek mythology – just check out the Legend of Lycaon, about a man who was turned into a wolf by Zeus.In the Middle Ages and the early modern period, accusing someone of being a werewolf was a quick way to get them burned at the stake. Fire was considered, alongside weapons made of silver, the best way to rid the land of a werewolf creature.

The legend of werewolves continued to spread in contemporary times and remains, along with vampire stories, one of the most popular tropes in horror pop culture. Films like The Howling, An American Werewolf in London, and The Company of Wolves are cult classics every horror fan should watch. The popularity of these creatures among modern fantasy fans was cemented by the tabletop RPG Werewolf: The Apocalypse.

Games to play if you’re a fan of werewolves

Here are some titles that will make you want to awaken your animal side:
🐺    🐺
A thriller based on the award-winning Fables comic books. You become Bigby Wolf who discovers that a brutal, bloody murder is just a taste of things to come in a game series where your every decision can have enormous consequences.
🐺    🐺
A narrative adventure game that throws you deep into a primeval wilderness in the center of modern Europe. It’s where the protectors of nature wage their ancient, neverending war against the forces of destruction.
🐺    🐺
A second installment of the trilogy about the dark adventures of Gabriel “Schattenjäger” Knight. This time the protagonist is on the trail of a strange wolf, the murderer of a little girl. Gabriel was asked to take care of this evil and suspects that this case is paranormal in nature. Together with his assistant, Grace Nakimura, he discovers the dark truth behind the history of Bavaria.Do you know any other great games about werewolves? Let us know in the comments!
See comments (36)