It can be tough deciding what game to play. Especially when so many of us have limited time at hand. A silver lining about spending more time at home right now is getting the chance to try out some games you may have pushed to the side.These could be good games that didn’t quite get your attention or games that may not have had critical success, thus never reaching your radar. Daikatana is one of the latter and as it celebrates its 20th anniversary we thought it would be fun to look back at this infamous first-person shooter that was met with very mixed results when it released all those years ago. 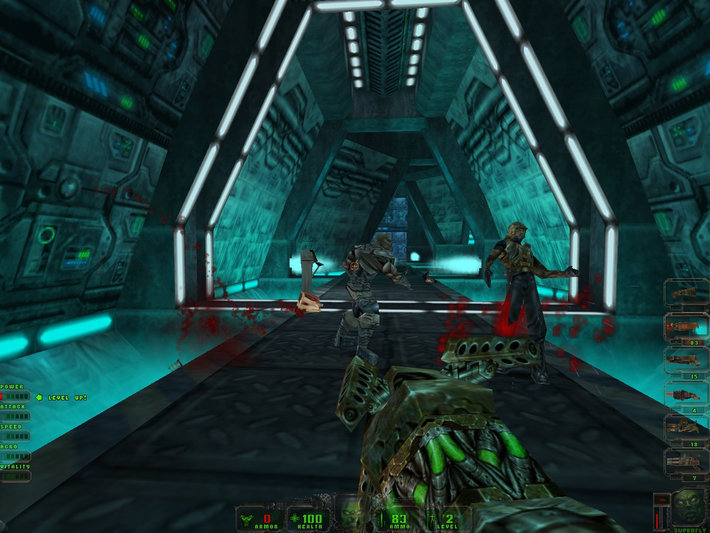 Time-traveling through the past, present, and future

Daikatana is a first-person shooter that takes place across four different time periods. You’ll find yourself in 2455 Japan, ancient Greece, Norway during the Dark Ages, and San Francisco in 2030.Built on the Quake II engine, you’ll explore each of these time periods with two computer-controlled sidekicks as you shoot your way through each unique-looking world. One twist presented in Daikatana is based on those two sidekicks. You see, if they die during a mission, you fail and have to start over.In theory, this is a fun mechanic, but Daikatana does suffer from artificial intelligence that is sometimes lacking in the intelligence factor. For both your teammates and enemy AI. This makes each encounter a roll of the dice, which if you don’t take it too seriously can lead to some ridiculous fights. Sometimes good, sometimes bad.While there are issues with the system, creator John Romero was absolutely onto something with the team-based shooter, as many games since then have used similar systems that have been widely acknowledged as a unique, fun mechanic. 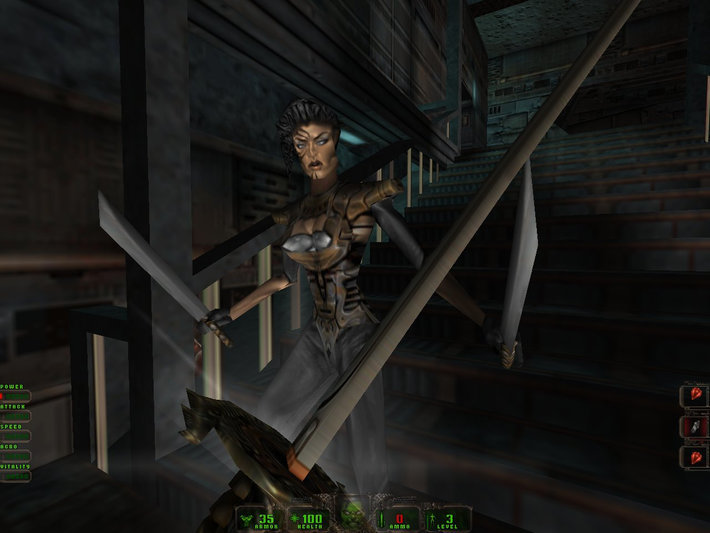 There are plenty of weapons to try out in Daikatana

If you enjoy first-person shooters for, well, the shooting, then there is going to be a lot to enjoy here. In total, Daikatana features approximately two dozens weapons to use, each with their own unique identity.Weapons are also themed to the time period you are playing in, with ancient Greece having tridents, throwing discs, and weapons handed down by the gods. In Tokyo, you’ll get more traditional weapons like machine guns and in San Francisco, you’ll get machine pistols, shotguns, and more.In addition to the various projectile weapons, you’ll also get access to the game’s namesake - the Daikatana. This sword is a key point to the story, but can also be wielded by the player to do some serious melee damage. It starts out weak, but the more you use it, the stronger it gets, adding some like RPG elements to the title, as well. 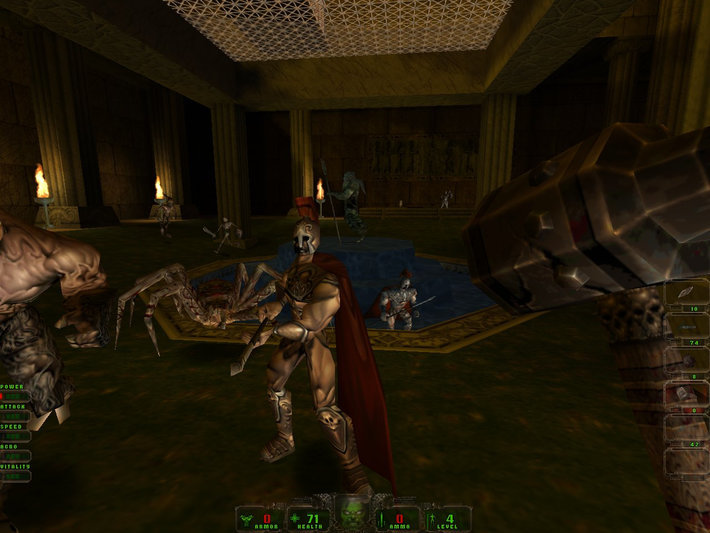 The history of Daikatana

Daikatana has an interesting origin story to match its interesting premise. Created in part by John Romero, of id Software fame, the name Daikatana actually comes from an item found in a Dungeons & Dragons campaign that Romero was a part of.The game started production on the Quake I engine before later transitioning to the Quake II engine. This caused delays, but nothing the team couldn’t overcome.Even with the game’s issues, there’s one piece of gaming history that still sticks out to this day, and that was the game’s… unique advertising campaign, specifically Daikatana’s first advertising piece in 1997 that simply read “John Romero’s about to make you his b-”. We’ll let you figure out the rest.Also, there’s a character named Superfly Johnson, and that’s enough reason alone to try this game out.Daikatana is a classic first-person shooter with some interesting elements and a unique setting. If you have been looking to enjoy some games that you may normally pass over, now is the perfect time to check this action-packed shooter as it celebrates its 20th anniversary!What do you think? Plan on taking Daikatana for a spin? Let us know in the comments below!
See comments (50)