Since their birth almost 40 years ago, miniature war games from Games Workshop have inspired many video game creators throughout the years. Let’s take a look at some of the best titles that take place in the vast universes of Warhammer Fantasy Battle and Warhammer 40,000.

From the time of its first edition in 1982, Warhammer Fantasy Battle has one of the most popular fantasy universes of all time. It serves as the canvas for many games, both analog and digital. Warhammer’s Old World is a dark place where the armies of Order and Destruction clash endlessly. The different sides of this eternal conflict, plus their vast countries and cities can be well seen on this detailed map.Spearheading the forces of Order is the Empire of Man, bearing a close resemblance to the Holy Roman Empire in our 16th century Europe. Its absolute ruler occasionally allies with the ancient races of High Elves and Wood Elves, noble knights of Bretonnia, and mighty Dwarven warriors. On the other side of the front, there are endless armies of Chaos, legions of vermin Skaven, hordes of Beastmen, green-skinned Orcs, and vicious Dark Elves.Want to test your strength as one of the Old World warlords? Try playing the following titles and see if you’re up to the task. 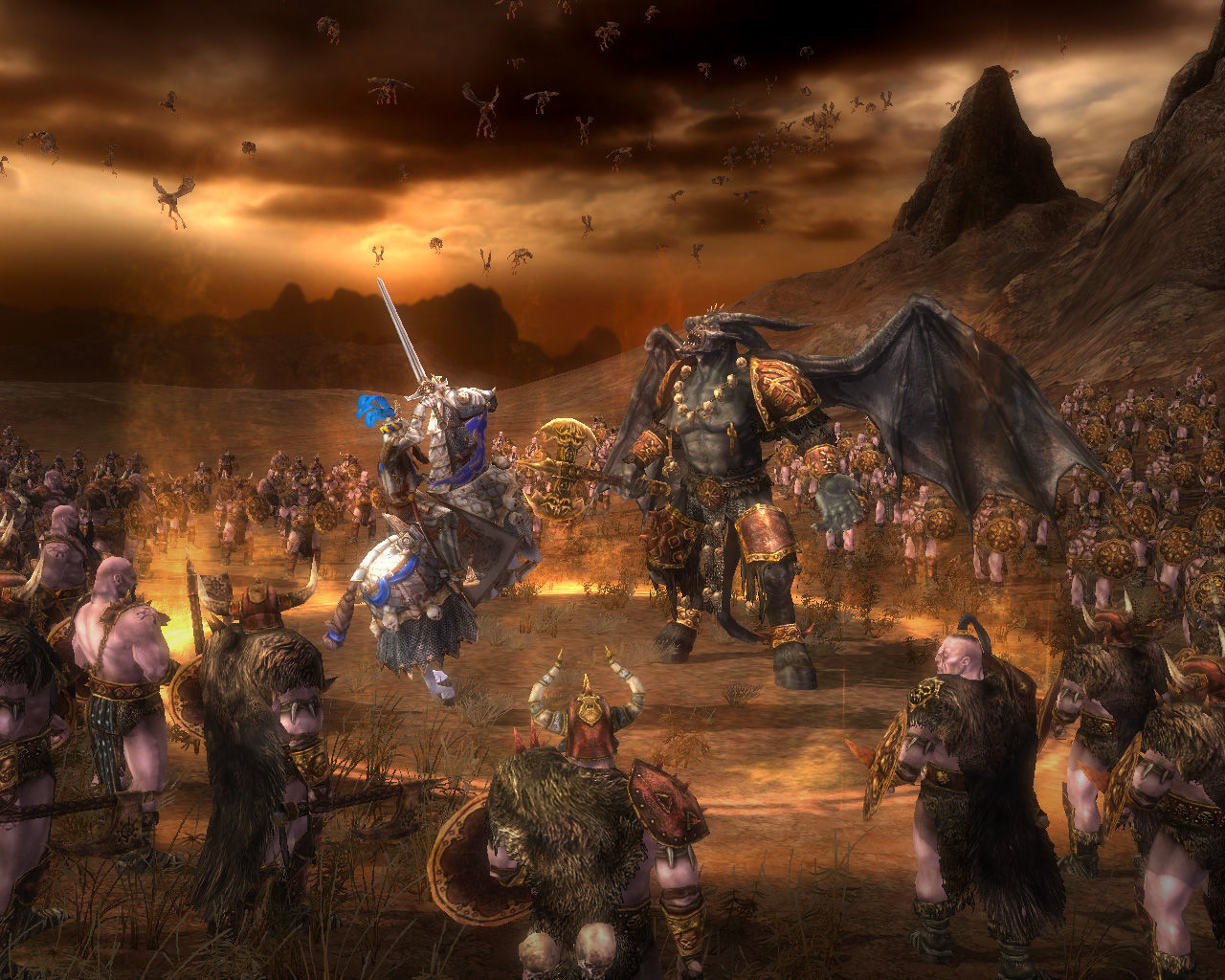 This title takes things a level higher than its predecessors - both in terms of scale and visuals. This time, you take command of the Empire of Man and High Elves forces poised against Chaos armies allied with the Skaven. The expansion, Battle March, added the additionally the armies of Orcs and Dark Elves and new, unique units and skills. Warhammer: Mark of Chaos - Gold Edition was unavailable for years, but now returns in big style on modern computers thanks to a cooperation between GOG.COM and Games Workshop. 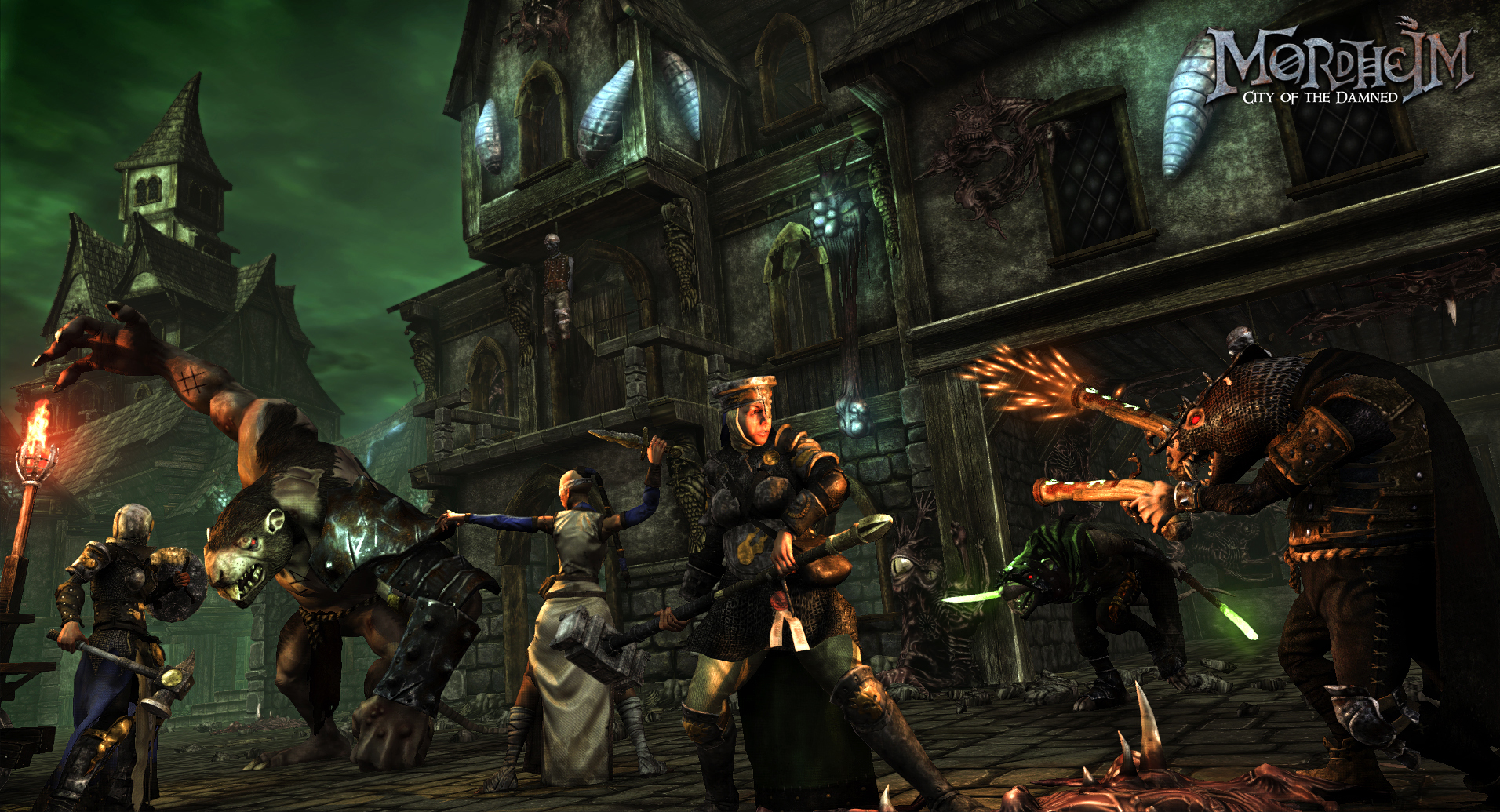 Mordheim: City of the Damned

As the leader of a small warband, you must venture into the streets of the cursed imperial metropolis in search of treasures and sacred artifacts. Mordheim: City of the Damned is a challenging turn-based game that requires a lot of resilience to finish. Even with its high levels of difficulty, it received a lot of praise for being true to the tabletop version released in 1999 by Games Workshop. 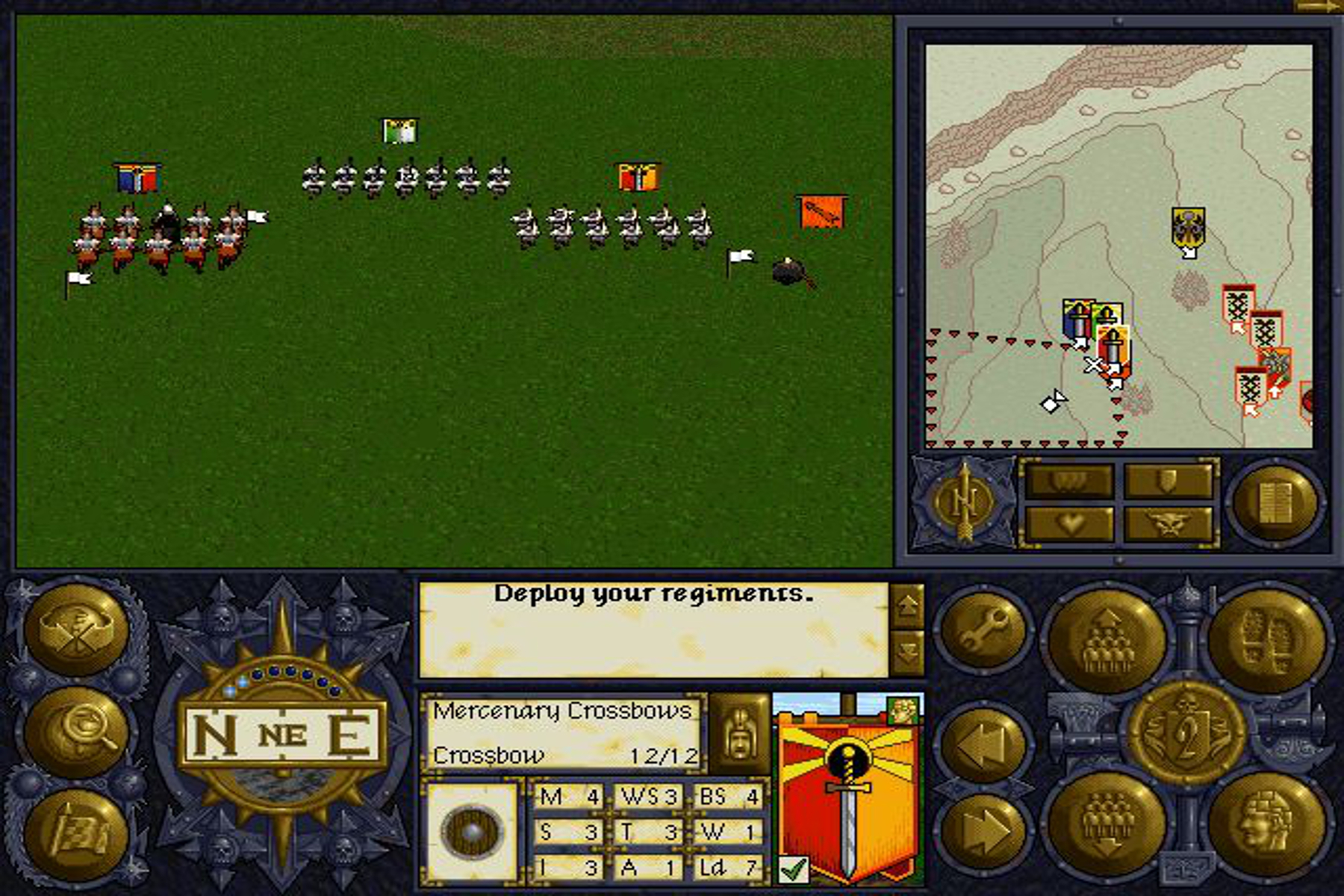 Warhammer: Shadow of the Horned Rat

Although preceded by the HeroQuest series in terms of chronology, this game made by SSI was definitely an ambitious take on the Warhammer universe. Shadow of the Horned Rat combines tactical real-time battles with strategic and management options to give players a well-rounded experience. As a leader of a mercenary group, you must rescue the Border Princes lands from the hordes of Skaven and Orcs. The game received good reviews and spawned a sequel - Dark Omen.

Warhammer 40,000 was originally created in 1987 as a more sci-fi version of its fantasy counterpart. For another three decades, those two universes coexisted in harmony, with both having devoted fans. Set in the 41st millennium, Warhammer 40,000 features similar factions as Fantasy Battles but on a much larger, cosmic scale. For example, the Empire was replaced by Imperium of Man, the vastness of which can easily be seen in this film:Astra Militarum and various chapters of Space Marines can be counted among the Emperor’s strongest military assets. Other Warhammer 40,000 armies include the Eldar (a space version of Elves), Orks bent on destruction, and the forces of Chaos (with their Chaos Space Marines allies). 41st millennium also brings with it a few unique armies, like insectoid Tyranids, mighty Necrons, and the honorable T’au Empire.That’s quite a lot of sides to choose from. Luckily the following games are here to guide us through the dark times of the 41st millennium: 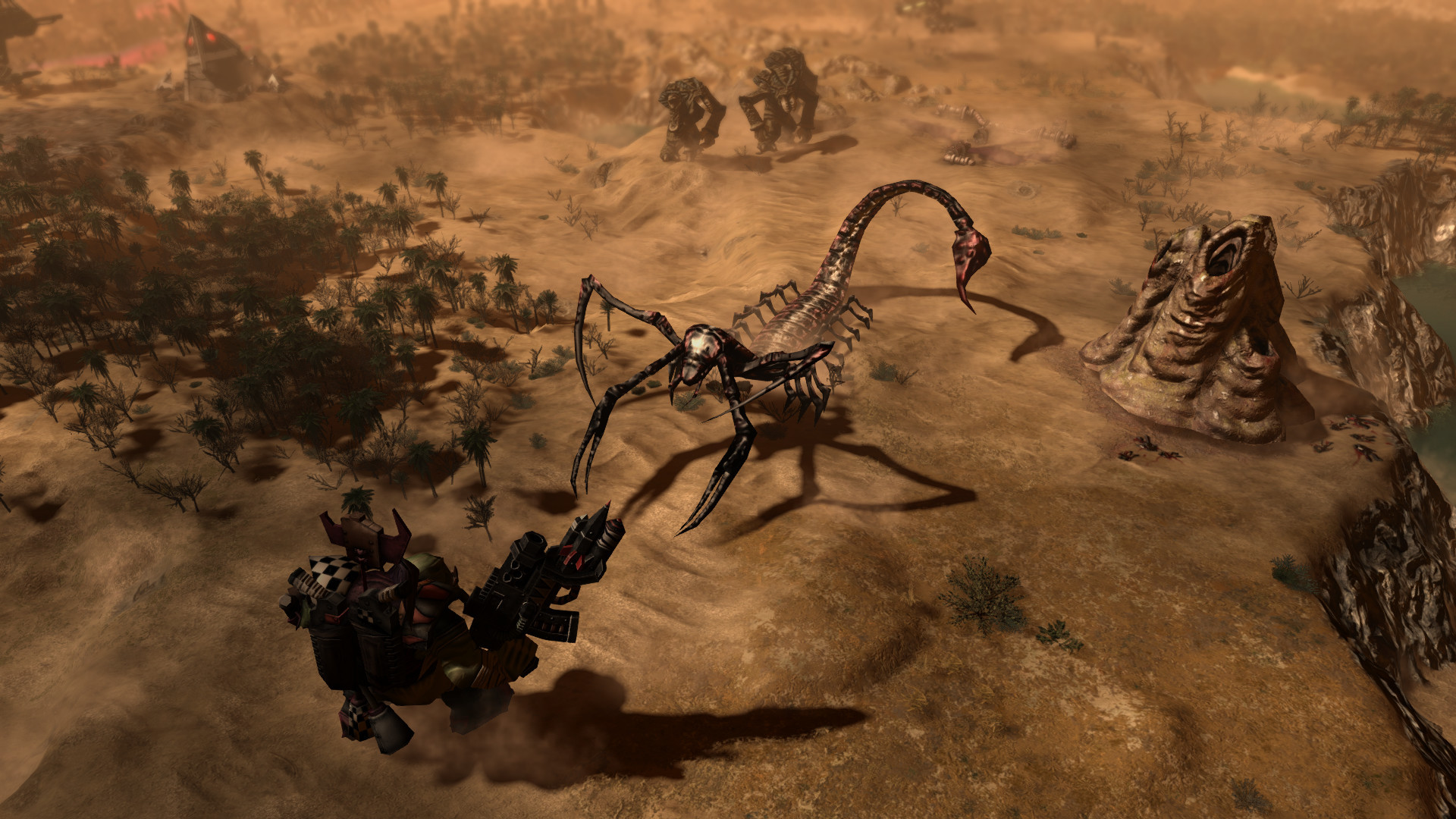 A turn-based strategy game made by Slitherine. Set on the eponymous planet of Gladius, this title enables us to lead the four main armies - Astra Militarum, Space Marines, Orks, and Necrons. Further DLCs for Warhammer 40,000: Gladius - Relics of War expand the range of playable races by adding Tyranids, Chaos Space Marines, and the T’au Empire. 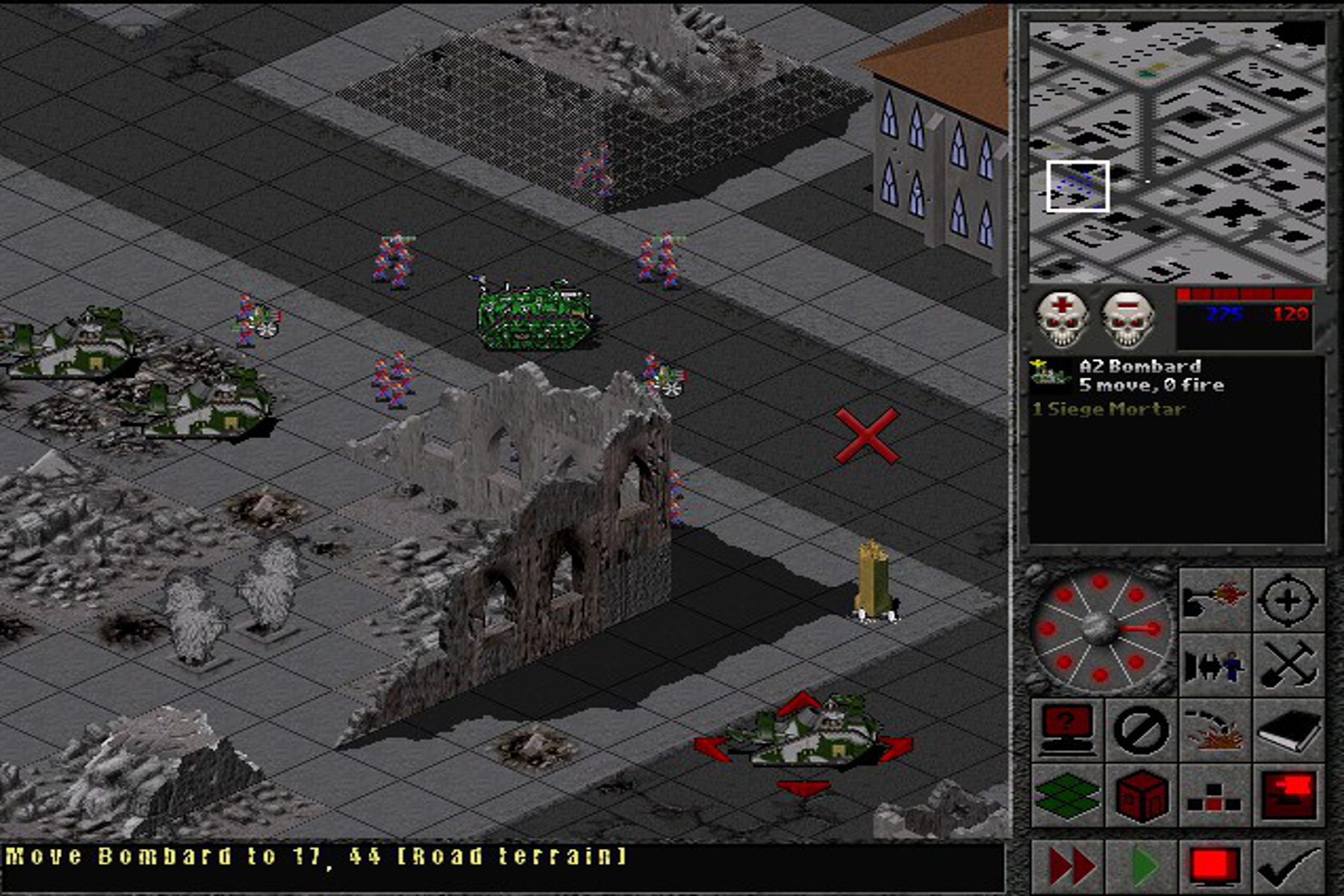 This is one of the most renowned classics in the Warhammer 40,000 universe. This turn-based strategy game with 85 available units was based on the rules of the Epic system designed to set battles in a much larger scale than the base Warhammer 40,000. In Final Liberation: Warhammer Epic 40,000, you can lead Space Marines on their war against Orks for the control of a planet called Volistad. 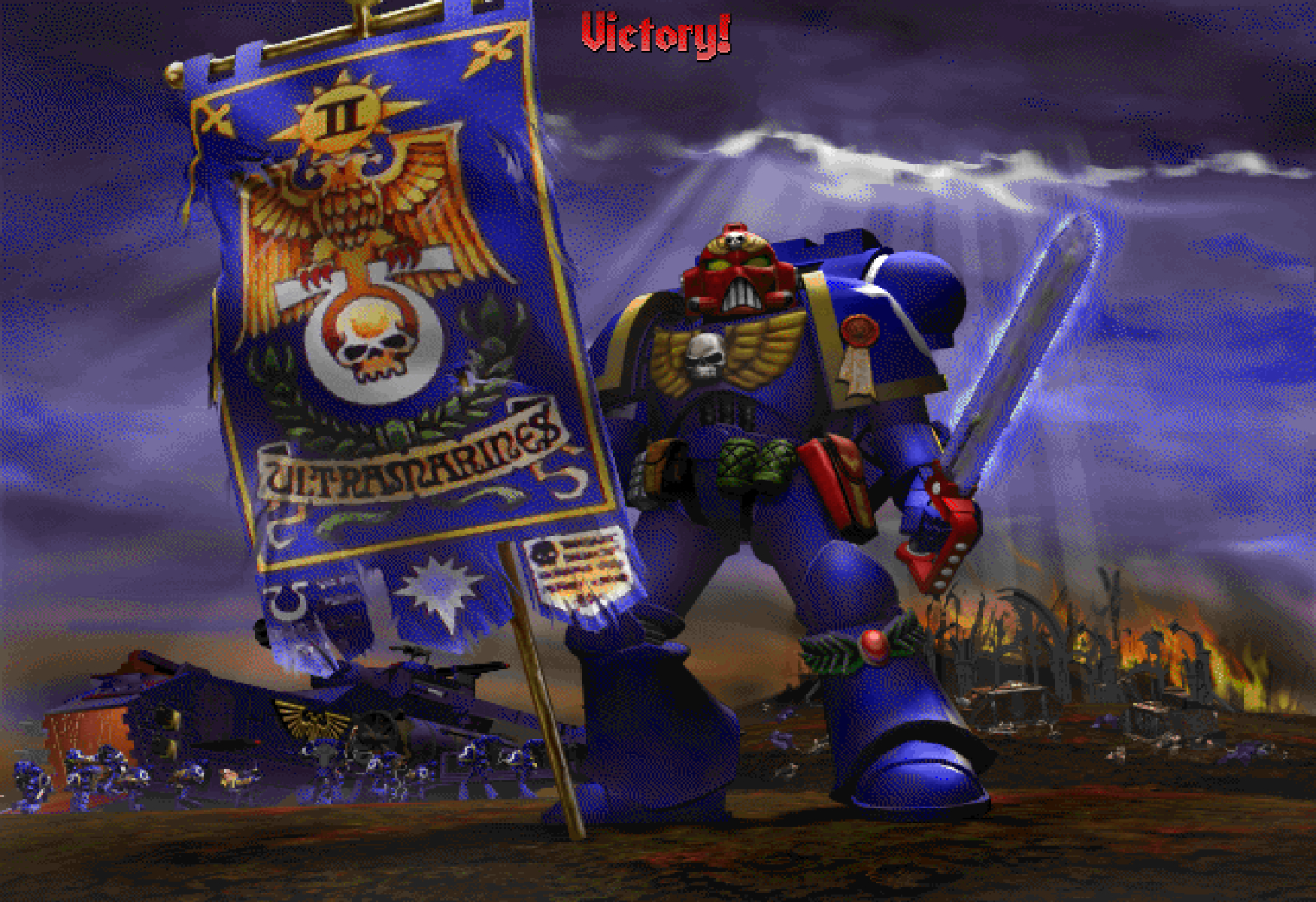 Again, you lead the Space Marines to war, but this time against the demonic Chaos forces led by Lord Zymran. In a string of turn-based tactical battles, you must take hold of an artifact called Concordat Chaosium. As opposed to Final Liberation’s vast armies, in Warhammer 40,000: Chaos Gate you command a force of up to 50 Space Marines, yet every battle remains as ferocious as ever. 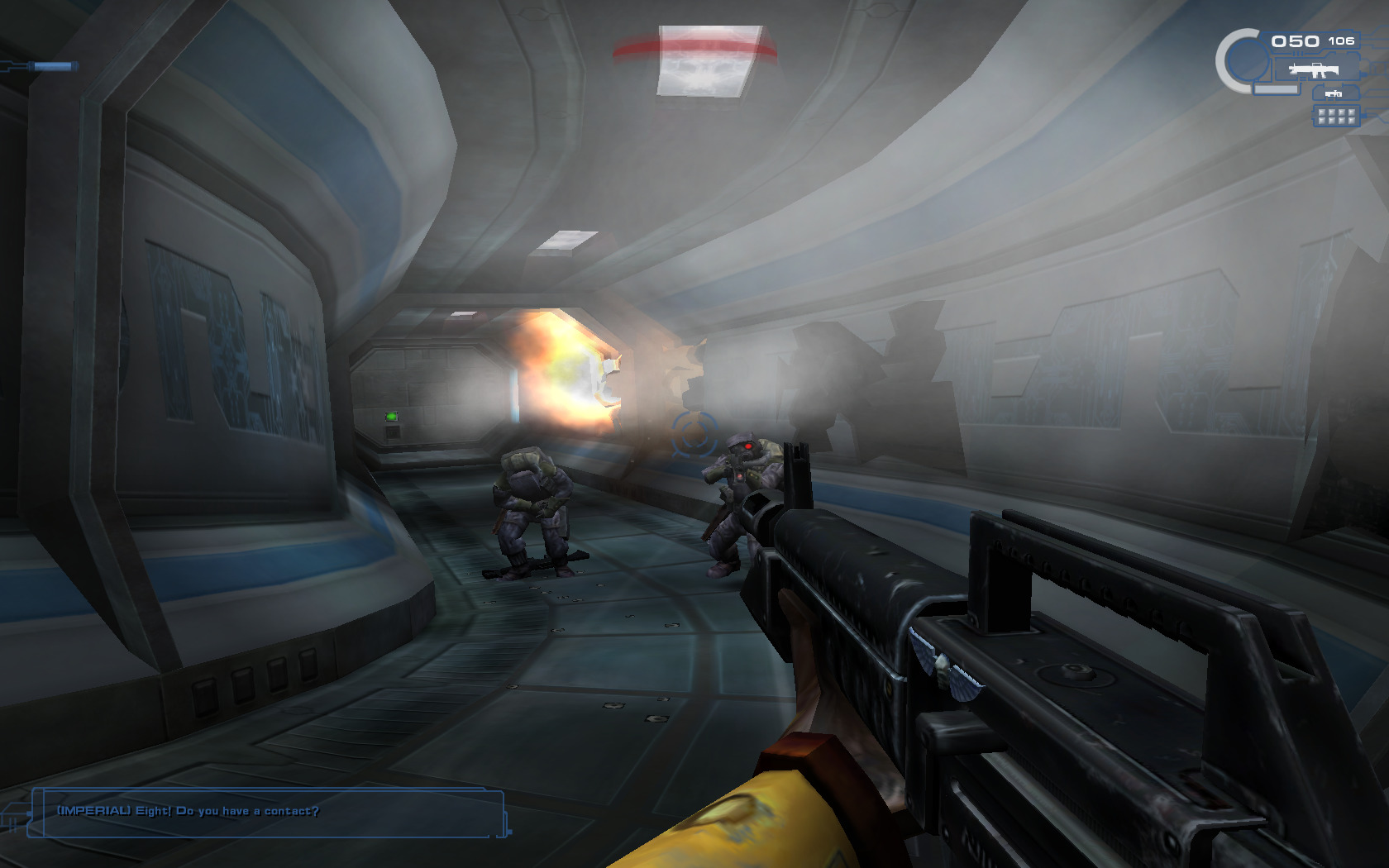 The only FPS on our list, it’s one of the few games that gives you a glimpse at the T’au Empire side of the space conflict. As a young T’au warrior, you must battle against the Imperium of Man forces. With 21 levels and 15 destructive weapons, Warhammer 40,000: Fire Warrior remains an entertaining, albeit a slightly forgotten, part of the universe. Thanks to GOG.COM, you can enjoy it once more on modern computers. 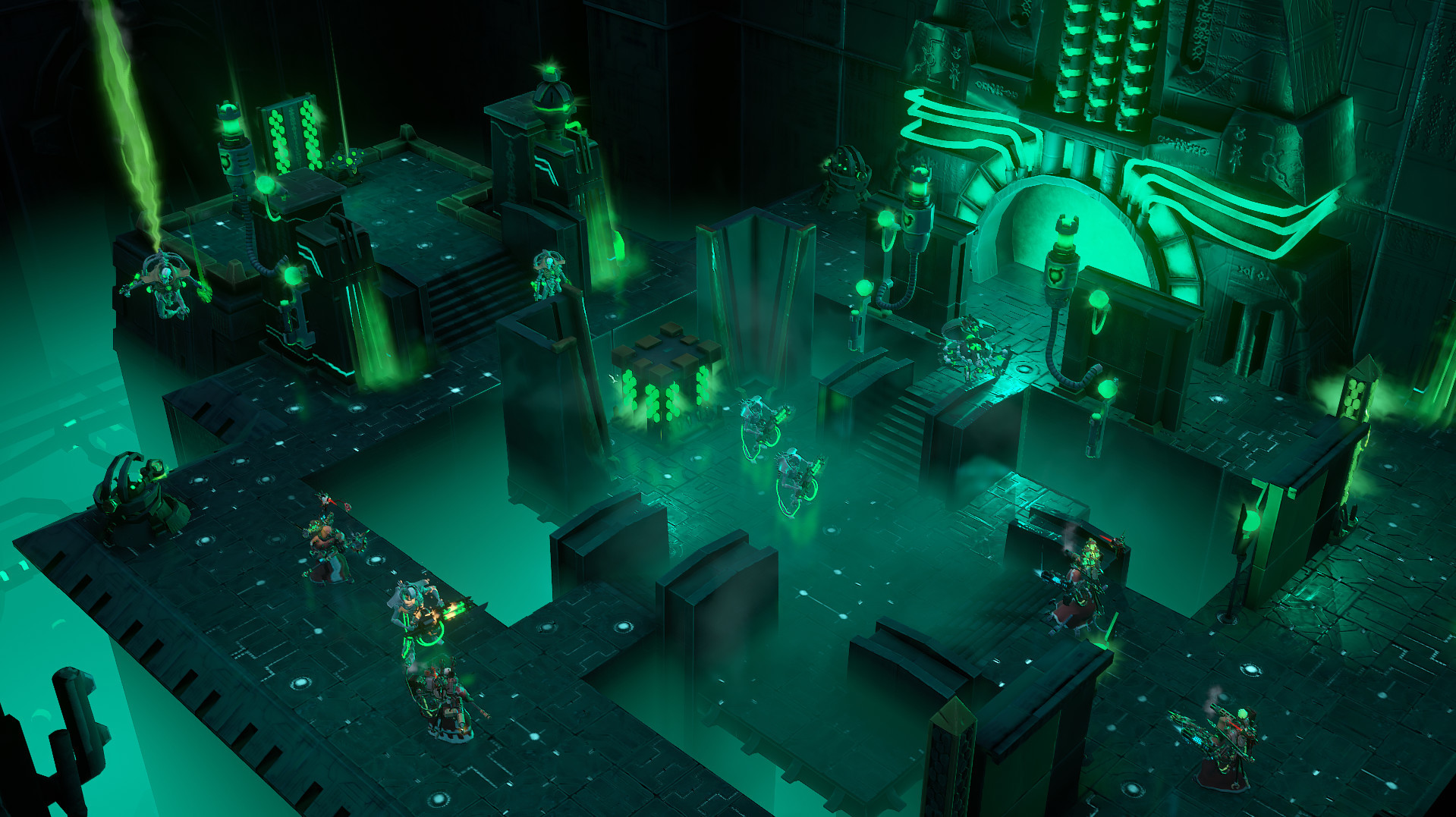 Here you join one of the most technologically advanced forces in the Imperium of Man - The Adeptus Mechanicus. As Magos Dominus Faustinius, you’ll lead the expedition to take control of the planet of Silva Tenebris and expunge the Necron army from it. Warhammer 40,000: Mechanicus is a turn-based tactical game that enables you to customize your team and its members with modern and long-forgotten tech. This allows you to become an even more dangerous threat to your enemies. The Heretek expansion broadens the game’s lore with new weapons, missions, and foes.Scream “For the Emperor!” or the Orkish “Waaagh!” and prepare yourself for battle. All of the above-mentioned titles will definitely put you into the fighting mood, which is necessary if you are to survive in both brutal Warhammer worlds. In case you want more, be sure to check these 4 Warhammer games to slash your way through distant worlds and galaxies.
See comments (53)