7 classic games that are a blast to play on PC!

From the surfaces of distant planets to the depths of the deepest dungeons, the games we’re about to show you will let you travel to places full of excitement and adventure. If this sounds like fun to you, make sure to check out these 7 classic titles brought back to our modern computers thanks to the efforts of Piko Interactive and GOG.COM! 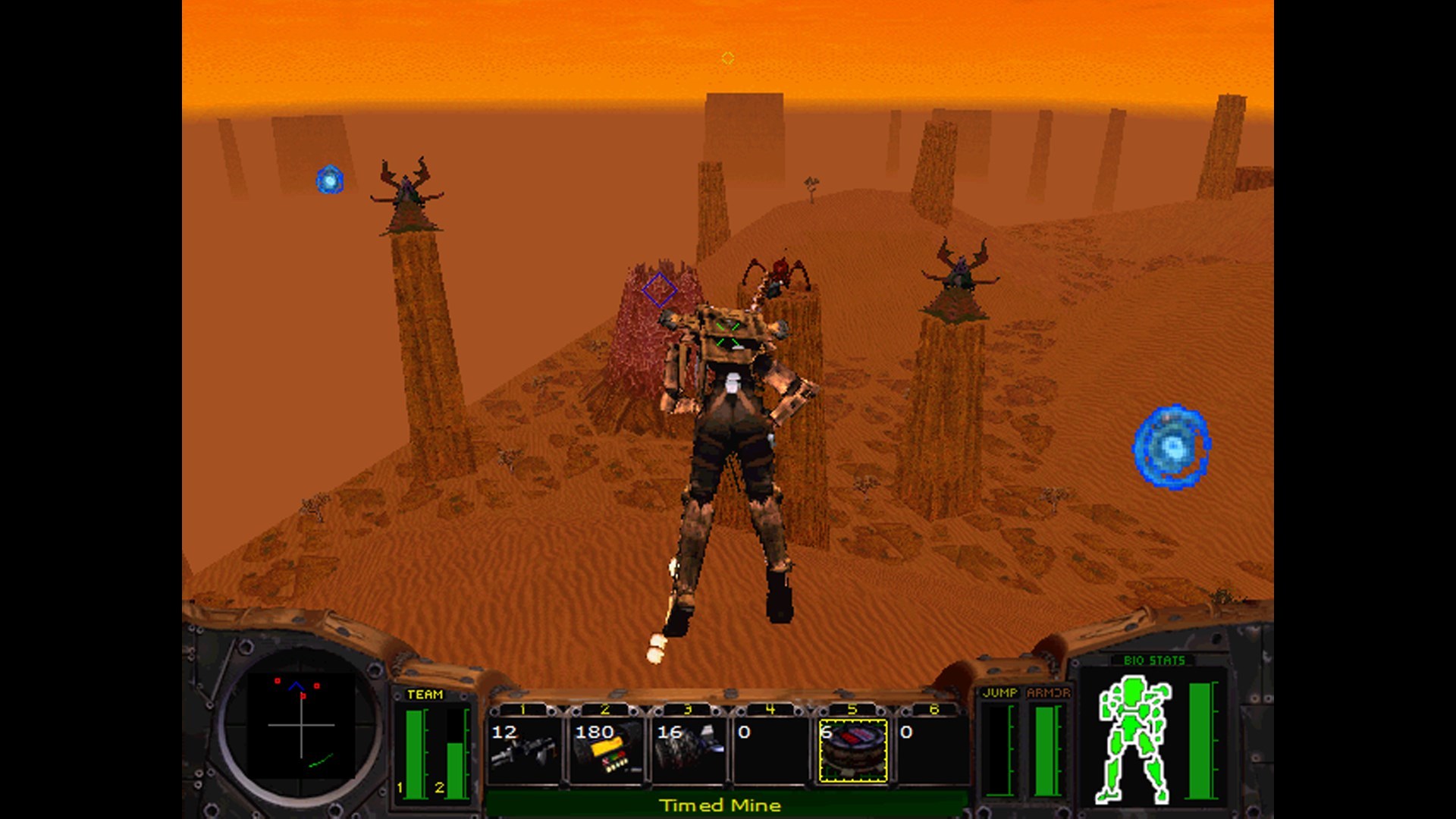 This military science fiction tactical shooter developed by SingleTrac (creators of the Twisted Metal series) was published by Microsoft in 1998. The game drew much inspiration from the titles popular at the time, including Starship Troopers and MechWarrior.As Outwars’ protagonist, Mikhal, you must fight the evil “Skulls” across different planets, all featuring unique settings. To do this, you must utilize multiple weapons, armors, and accessories, like the indispensable rocket pack. The latter enables you to commit complex aerial maneuvers that will further increase the fun in this action-packed game.

Something for dark fantasy fans! The Immortal is an isometric action-adventure title released in 1990 and developed by Will Harvey, the creator of the first commercial sheet music processor for home computers. The Immortal puts you in the role of a sorcerer who must venture into the depths of the Labyrinth of Eternity in order to save his mentor. As the story progresses, things get more and more complicated, and the underworld you travel through is eventually torn apart by a war between trolls and goblins. 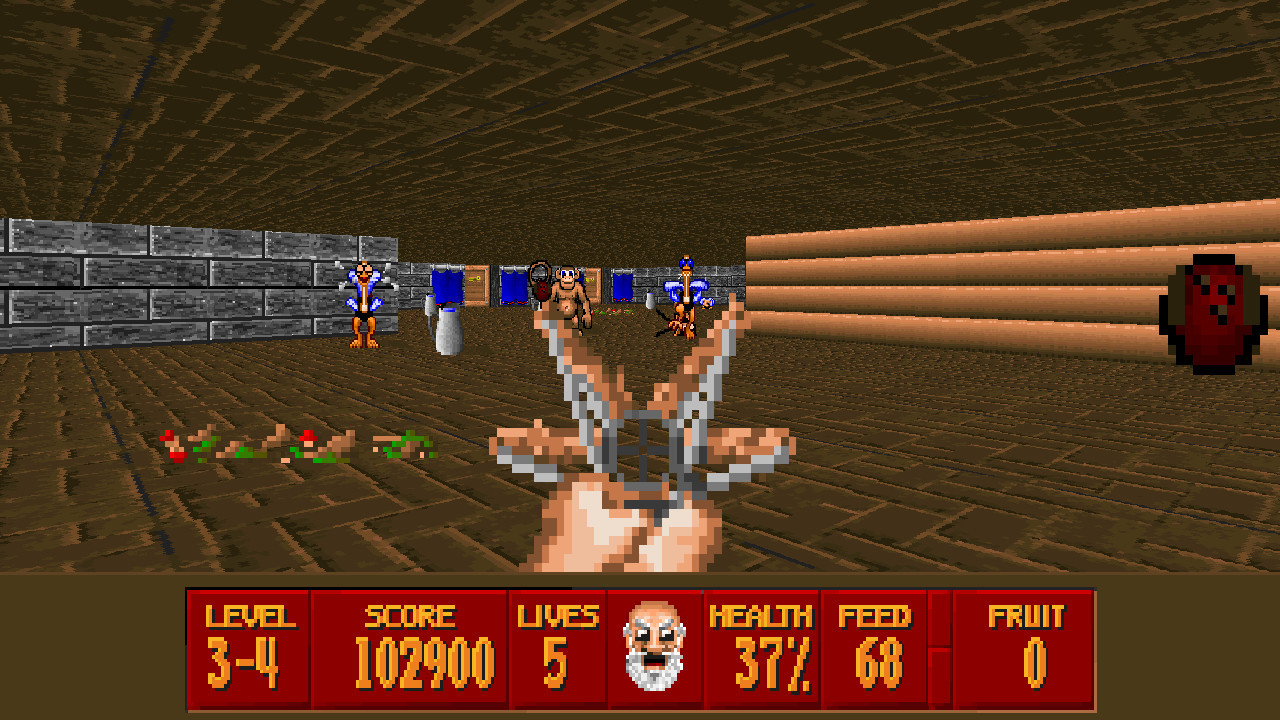 Created in 1995, this rather peaceful FPS takes you to the ancient Biblical time of the Great Flood. In Super 3-D Noah's Ark, you start at the moment the doors of the ark are opening, as Noah’s family, along with the animals, begin to make their way to dry land.Yet, there’s a problem - after the long journey, the animals aboard the ark have become a bit restless and are out of their cages. As Noah, it's your job to establish order and get the animals back to sleep. You accomplish this across 30 original levels and by using six feeders on 11 animal varieties that are present throughout the ark’s tunnels.

An interesting platform puzzle game developed by Red Rat Software and published by Ocean Software in 1992, the game was designed as a sponsored Quavers snack commercial but quickly became something more. Pushover’s plot revolves around the Quavers mascot "Colin Curly” losing his Quavers packets down a giant anthill. In order to get them back, you take control of a “G.I. Ant”, a large soldier ant, and must solve a series of challenging puzzles. The game garnered some very good reviews, with Dragon magazine awarding it 5 out of 5 stars in 1993.

This fantasy title released in 1993 will definitely interest RPG fans. In Daemonsgate, you are the last of hope of the bleeding city of Tormis, which has been besieged by demonic hordes. The goal of our hero is to search the land of Hestor for a wizard possessing a secret knowledge necessary to stop the invading army. You start your journey at the "Pigge and Ballbearing" Inn located within the walls of Tormis. From there, you set off on a dangerous quest filled with battles and surprising encounters. As the event-driven story progresses, you’ll get to know more about the game’s unique and dark universe.

If you are bummed about all of the sports events not happening this year, you should definitely check out this game. This Summer & Winter compilation contains two classic titles from Accolade - The Games: Winter Challenge (1991) and The Games: Summer Challenge (1992). Both revolve, naturally, around Olympic competitions where your goal is to take home the Gold.In the Winter Challenge edition, we have disciplines like Downhill, Giant Slalom, Luge, 2-men Bobsled, Ski Jump, Cross Country, Biathlon, and Speed Skating. On the other side, Summer Challenge offers Kayaking, Archery, 400m Hurdles, High Jump and Pole Vault, Equestrian, Javelin, and Cycling. All of the competitions will require lots of skill and acute reflexes for players looking to go all the way.All 7 classic games from Piko Interactive await your discovery or a nostalgic revisit down memory lane. Check them out today and let us know in the comments which of these classic titles are your favorite!
See comments (84)