Ecstasy of Order - The Tetris Masters 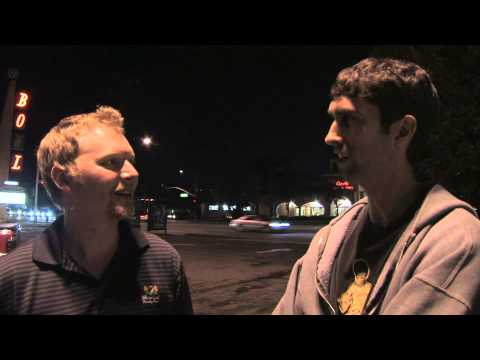 Tetris. We’ve all played it, rotating the pieces (“tetrominoes”) and dropping them in the perfect place, or despairing as we discover a piece won’t fit. You may have even joked about “mastering” the game during a stint of unemployment, or as a child, before you could afford any other Game Boy cartridges. But what about the people who’ve truly mastered Tetris? Where are the Kasparovs and Fischers, the great champions who’ve dedicated their minds to solving its deepest puzzles?

One man made it his mission to find them. In an effort to legitimize Tetris as a pro sport, Tetris super-fan Robin Mihara summoned the greatest Tetris players from around the country to compete in Los Angeles at the 2010 Classic Tetris World Championship. Among them are the only players known to have reached the unthinkable perfect ‘max-out’ score on classic Nintendo Tetris: Jonas Neubauer and Harry Hong. Add in the top players for most lines, Ben Mullen and Jesse Kelkar, as well as newcomer Dana Wilcox and modern-day Tetris Grandmaster Alex Kerr, and a storm of Tetris greatness is brewing.

Even these Tetris luminaries gape at the mention of 1990 Nintendo World Champion and Tetris legend Thor Aackerlund. The rumors of Thor’s return to competition, his claims to have reached the impossible level 30, and whispers of his ‘vibrating thumbs’ cast a shadow over the proceedings and leave all to wonder if he will emerge from the past to reclaim his title, or if his storied achievements will remain unverified.

Ecstasy of Order: The Tetris Masters chronicles over two decades of jaw-dropping video game wizardry. Get an up-close look at the masters as they reveal their secrets, recount their decades-long obsession with the game, compete against each other to set new world records, and enter the transcendental state required to reach the highest levels known as the “Ecstasy of Order.”
Goodies
Movie details
Release date:
{{'2011-10-21T00:00:00+03:00' | date: 'longDate' : ' +0300 ' }}
Company:
Reclusion Films / FilmBuff
Size:
6.3 GB
Links:
Forum discussion
Languages
English
audio
text
User reviews