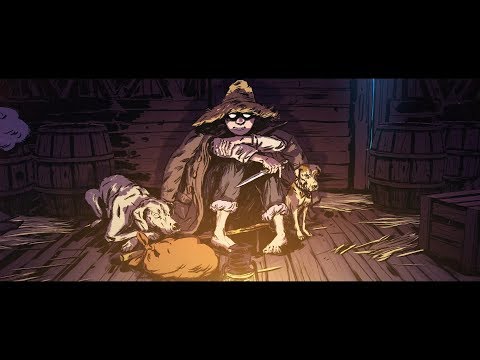 Players wander across a folkloric Depression era United States at their own pace, meeting strangers with their own stories to tell. Through these interactions, players will be able to collect unique stories which can then be re-told to unlock new interactions. In this way the in-game stories themselves act as a currency to progress through the game, and it’s up to the player to pair the right story with the unique needs of each of the characters that you will encounter throughout your travels. Only through these right pairings will characters reveal their true selves, and bestow you with the most powerful stories, the true ones which reveal something about their own lives. In Where The Water Tastes Like Wine, stories organically take on a life of their own as they grow larger and transform as they're told- and re-told.
Goodies
soundtrack (FLAC) soundtrack (mp3)
System requirements
Minimum system requirements:
Recommended system requirements:
Recommended system requirements:
Why buy on GOG.COM?
DRM FREE. No activation or online connection required to play.
Safety and satisfaction. Stellar support 24/7 and full refunds up to 30 days.
Game details
Genre:
Adventure - Puzzle - Modern
Works on:
Windows (7, 8, 10), Linux (Ubuntu 14.04, Ubuntu 16.04, Ubuntu 18.04), Mac OS X (10.9.0+)
Release date:
{{'2018-02-28T00:00:00+02:00' | date: 'longDate' : ' +0200 ' }}
Company:
Dim Bulb Games, Serenity Forge / Good Shepherd Entertainment
Links:
Forum discussion
Game features
Single-player
Languages
English
audio
text
You may like these products
In library In cart Soon Wishlisted
In library In cart Soon Wishlisted
Movie
Free
Play for free Coming soon
User reviews