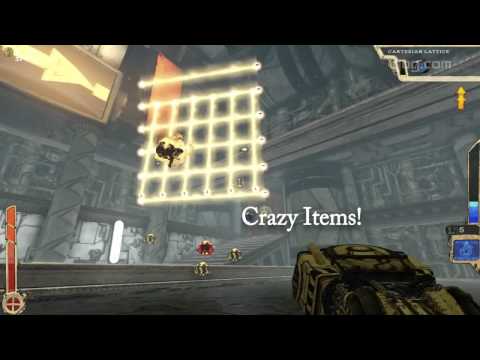 With random enemies, random power ups, random bosses, tons of unlockable items and weapons...and even random-level composition - you never know what to expect! So grab a rocket-launcher, slap a shotgun-modifier on it, pick up a hundred stackable 'double jumps' (or centuple jumps at that point, I suppose) and get to conquering the Tower of Guns!

Tower of Guns was made by a guy named Joe (with his brother Mike composing the music).

Tower of Guns©2014 Terrible Posture Games LLC. All rights reserved. Unreal, the circle-U logo and the Powered by Unreal Technology logo are trademarks or registered trademarks of Epic Games, Inc. in the United States and elsewhere.