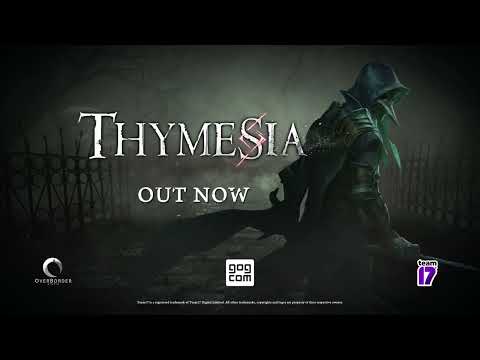 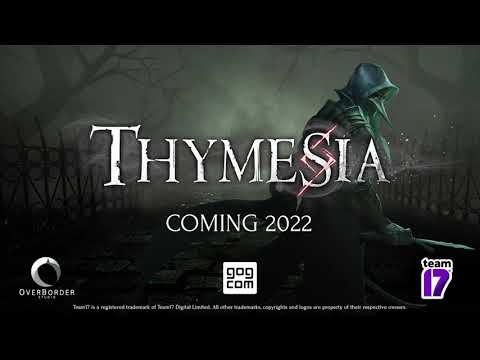 Why buy on GOG.COM?
DRM FREE. No activation or online connection required to play.
Safety and satisfaction. Stellar support 24/7 and full refunds up to 30 days.
Thymesia
Description
Discover more souls-like games that will test your skills! Our catalogue is waiting for you here. The once thriving Kingdom of Hermes has fallen to an age of calamity. Seen as the answer to all the kingdom’s ailments, alchemy became a widely used practice across the land, with denizens welcomin...
Critics reviews
40 %
Recommend
Wccftech
8.1/10
God is a Geek
8/10
GamingBolt
8/10
User reviews
3.8/5
{{ review.content.title }}
Product details
2022, OverBorder Studio, ...
System requirements
Windows 10 (64 Bit), Intel Core i5 or AMD Ryzen 5, 8 GB RAM, NVIDIA GeForce GTX 950 or Radeon HD 797...
DLCs
Thymesia - Artbook, Thymesia - Original Soundtrack
Description

Discover more souls-like games that will test your skills! Our catalogue is waiting for you here.

The once thriving Kingdom of Hermes has fallen to an age of calamity.

Seen as the answer to all the kingdom’s ailments, alchemy became a widely used practice across the land, with denizens welcoming it into their homes, using it to enhance and heal as they saw fit. When the price of alchemy became too steep, attempts to halt its use were made, each as woefully unsuccessful as the last, with the catastrophic consequences felt across the realm. Within days, the kingdom fell to chaos, infected monsters prowling the blood-soaked streets, all hope of a cure lost.

Corvus is the kingdom’s final hope, the fate of Hermes resting in his feathered hands. The truth is buried deep in the memories Corvus left scattered throughout the punishing world, and only by collecting these lost memories can the kingdom be saved, but each time he dives back in, trying to piece together the truth, all he finds is more secrets.

OpenCritic Rating
Wccftechby Kai Powell
8.1/10
A welcome change of scenery to the faster strain of Soulslikes, Thymesia gets straight to the point of sword and claw without lasting any longer than necessary.
Read full review »
God is a Geekby Mick Fraser
8/10
Thymesia is a confident, good-looking Soulslike that arguably ranks among the best of the non-From Software titles in the genre.
Read full review »
GamingBoltby Shunal Doke
8/10
Thymesia does more than enough to make its way out of the shadow of Bloodborne. It offers some fun levels to go around killing enemies in, and the combat is fast-paced, responsive, and most importantly, a lot of fun. Even its skill tree has some great ideas. This might not be the game for those who don't like a challenge, but for those who do, Thymesia is excellent.
Read full review »
Reviews powered by OpenCritic
You may like these products
In library In cart Soon Wishlisted
In library In cart Soon Wishlisted
Movie
Free
Play for free Coming soon
User reviews