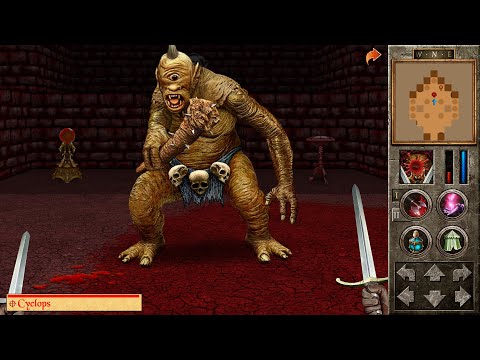 Why buy on GOG.COM?
DRM FREE. No activation or online connection required to play.
Safety and satisfaction. Stellar support 24/7 and full refunds up to 30 days.
The Quest Deluxe Edition
Description
The Quest Deluxe Edition contains The Quest base game and Islands of Ice and Fire DLC. The Quest is a beautifully hand-drawn open world role playing game with old school grid-based movement and turn based combat. In the kingdom of Monares trouble is brewing. The governor of Freymore is missing an...
User reviews
4.7/5
{{ review.content.title }}
Product details
2018, Redshift, ...
System requirements
Windows 7, 1.6GHz, 1 GB RAM, 256MB graphics memory. Shader Model 3.0 and Non Power of Two texture su...
DLCs
The Quest - Islands of Ice and Fire
Description

The Quest Deluxe Edition contains The Quest base game and Islands of Ice and Fire DLC.

The Quest is a beautifully hand-drawn open world role playing game with old school grid-based movement and turn based combat.

In the kingdom of Monares trouble is brewing. The governor of Freymore is missing and the island is in tumult. The mages all prophesy a dark shadow looming over the safety of the kingdom. As an Agent of the king, it's your job to find out what is happening and avert any danger.

Choose from five customizable races and an array of skills, weapons, armor and enchantments, and explore a huge world of four cities and a wilderness of mountains, caves, lakes and forests – full of mystery, magic and intriguing challenges. Meet the many inhabitants, each with its own agenda and attitude towards your character. Some will be helpful, some greedy or lascivious or just plain mean. You will have many choices, including some that may place you against the law, along your way to the dramatic ending of your own choosing.

Islands of Ice and Fire
A mysterious illness has devastated an island in a remote corner of the kingdom of Monares. Icy Thule and its opposite twin, fiery Eldfell are now on a lockdown on the order of the local Governor. King Mersant has chosen you, as his most experienced agent, to investigate...

You can start your adventure by talking to captain Hanty in Mithria harbor and selecting "Islands of Ice and Fire" as your travel destination. It is recommended to reach at least level 14 before trying to take on the challenge the isles pose.

If you have played the expansion before: we added new quests and improved the existing ones!

The complete soundtrack for the open world dungeon crawler game - The Quest!