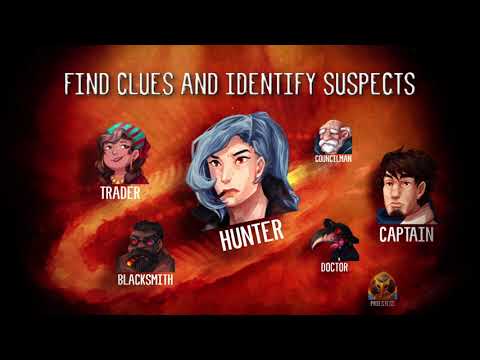 Full version of The Magister is available here

Randomly generated murder-mystery: A walkthrough won’t help here! The events, clues, motives, and murderer change with every playthrough. Only YOU can identify the guilty suspect.


Tactical card-based encounters: Your combat and negotiation skills are determined by the cards in your deck. Use a vast array of cards, such as ‘Heartstopper’, ‘Poison Slash’, ‘Weak Joke’, and ‘Long Talk’.


Pacify enemies for a peaceful outcome: Use ‘Tactical Diplomacy’ as an alternative to fighting and calm foes with your conversation cards to reduce their Rage level to 0.


Choose your Magister: Different Magisters come with their own specialities and flaws. From cunning alcoholic to intelligent insomniac – every variation defines a different adventure.


Recruit a human ally or furry companion: If needed, a Mercenary, Spy, or Sage can be recruited to assist in your investigation. You can also befriend one of the local cats or dogs to fight by your side in battles.


Set in a captivating fantasy world: You have 14 days to wander Silverhurst and befriend or intimidate its inhabitants as you race against time to unmask the murderer.