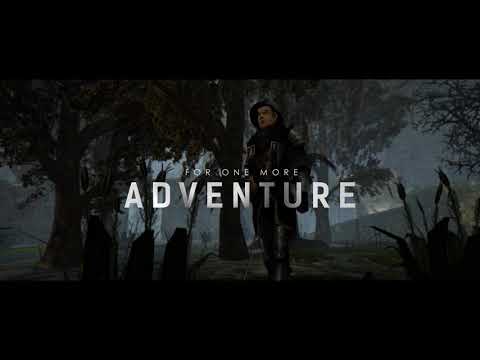 Why buy on GOG.COM?
DRM FREE. No activation or online connection required to play.
Safety and satisfaction. Stellar support 24/7 and full refunds up to 30 days.
The Chronicles Of Myrtana: Archolos
Description
To play this game you will also needGothic 2 Gold Edition The Chronicles Of Myrtana: Archolos is a free, total conversion mod for Gothic II: Gold Edition. It features a completely new open world, improved skills systems, gameplay mechanics and complex story. Main goal of this project is to honou...
User reviews
Reviewing and rating will be enabled as soon as the game is released.
Product details
2021, The Chronicles Of Myrtana Team, ...
System requirements
Windows 7, Dual-Core 2.0 Ghz CPU, 2 GB RAM, 256 MB DirectX-compatible GPU, Version 8.1, 6 GB availab...
Description

To play this game you will also need

Main goal of this project is to honour one the best classic cRPG and take the die-hard fans of the original Gothic trilogy as well as new players on one more adventure in the Kingdom of Myrtana.

Venture to the Archolos, a huge island east to the Myrtana mainland and explore never seen before region filled with vineyards, farms and villages mentioned in the first Gothic game.

Visit the great city of Archolos and lost yourself in cobbled streets of the biggest city ever presented in the whole Gothic trilogy.

On the Archolos island you will have the opportunity to delve into the deepest of mines, visit the tranquil Monastery of Adanos, sip a beer while listening to gossip in one of the city taverns, and discover other interesting locations whose secrets will be revealed only to the boldest of adventurers…

Kingdom of Myrtana, a country whose foundations crumble under the winds of war and unrest raging throughout its lands. Experience the events that forged the original Gothic storyline and see with your own eyes how the creation of the Valley of Mines impacted people far away from the main continent.

Make your mark in a brutal world where your every decision has a clear impact on its environment and the lives of those you meet on your path.

Play as Marvin, a young man who was driven away from his home by the war looming over the horizon. The reality of the Archolos, a place he runs to, unfortunately proves to be far from his expectations. Rich merchants craving only for more gold, servants of the king Rhobar II who put into practice every new and more restrictive laws and waves of desperate refugees who just like the protagonist search for a decent life. Marvin will have to find a way to survive in this land of treachery, opportunism and opposing interests.

You are not the chosen hero, you are not a villain. You are a survivor.

Will you take everything you want by the force? Or will you try to help others in need?

In The Chronicles of Myrtana you decide your own fate.

The Chronicles Of Myrtana: Archolos is a free mod for Gothic 2: Gold Edition game and it requires original game to be owned and installed. Copyright © 2020 The Chronicles Of Myrtana Team This work may be used by anyone in non-commercial form in accordance with the terms of the GothicMOD license. Copyright © 2004 Pluto 13 GmbH (Piranha Bytes) GOTHIC® and its respective logo are registered trademarks of THQ Nordic GmbH. All rights reserved. All other trademarks, logos and copyrights are property of their respective owners.