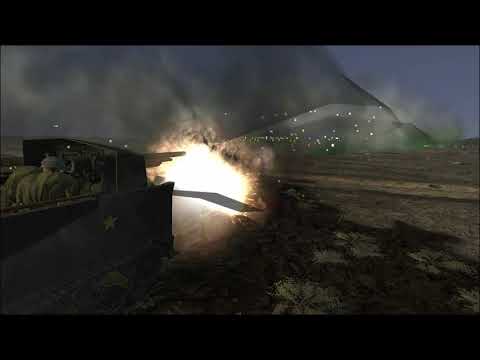 Game is comprised of two modes:

Large-scale operations for the US Army and Wehrmacht with realistic organizational structure. The campaign features more than 50 detailed vehicles produced in Germany, USA and UK. Over 400 sq. km of realistic landscapes were reconstructed from topographical maps and photo and video materials.


Also, you can view detailed info on each unit in the interactive encyclopedia, and an interactive tutorial will explain most aspects of the game.

November 25, 1942, part of the battle group «Blade» consisting of the US 1st Tank Battalion, attacked the German positions in the Chouigui Pass area. Despite the stubborn resistance of the German forces and air support, the pass was captured by the forces of A/1 tbn company. Tanks of C/1 tbn company captured the bridge near Tebourba and attacked the German airfield near Djedeida, destroying more than 20 aircraft and about 36 vehicles. After this raid, the battalion's tanks took defense at the pass. The German command assembled a battle group led by Major Witzig, which was to counterattack the US positions in the Chouigui Pass.