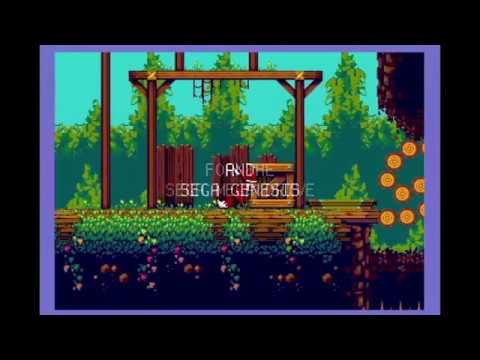 Set in a fictional world, the game follows a young creature, Nymn, who is separated from home after the twin suns set. Unable to get back to safety, Nymn must find a way to survive the night terrors and make it to morning. TANGLEWOOD’s world is a dangerous one after dark, and Nymn must use skills of evasion, special abilities, traps and trickery to defeat predators.

TANGLEWOOD® is programmed in pure 68000 assembly language, using original development tools and processes from the 1990s.

Headache
Coerce a Hogg into getting stuck in three walls
common  ·  32.71%

OpenCritic Rating
VideoGamerby Joshua Wise
7/10
Tanglewood presents you with a beautiful world to platform and puzzle through, and delivers a potent rush of nostalgia, but it's merit is tied inseparably to its hardware, and risks gimmickry.
Read full review »
GamingTrendby Abram Buehner
80/100
Developed with genuine Sega Genesis tools, Tanglewood is the epitome of retro throwbacks. Outside of that novelty, Tanglewood succeeds through its intuitive puzzle design, constant drip of new mechanics, and varied locations. While the general lack of music and slow introduction do detract from the game, the sum of its parts is a genuinely great 2D platformer worthy of your time.
Read full review »
The Digital Fixby Colin Polonowski
8/10
Not only a curiosity with it's Mega Drive release, Tanglewood is also a solid and challenging platformer in its own right
Read full review »
Reviews powered by OpenCritic
You may like these products
In library In cart Soon Wishlisted
In library In cart Soon Wishlisted
Movie
Free
Play for free Coming soon
User reviews