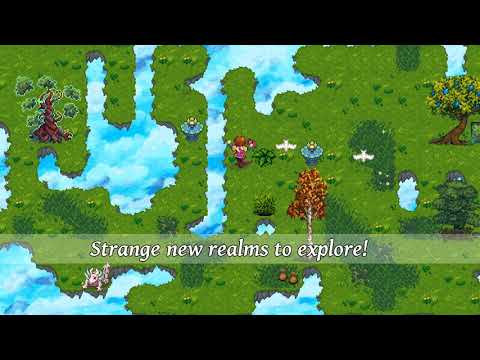 Tangledeep combines the 16-bit graphics and polish of classic SNES-era RPGs with elements from roguelikes and dungeon crawlers to create a magical experience for players of all skill levels. Trapped in underground villages with no memory of the world at the surface, you must survive an ever-changing labyrinth to discover what lies above. Experience rich, tactical, turn-based gameplay as you explore a sprawling dungeon that’s different each time you play. Tangledeep features a customizable job system and hundreds of collectible items that allow you to approach each playthrough in a totally new way!

The Setting
For hundreds of years, people have lived in the safety of underground settlements and villages – where the only route to the surface is “Tangledeep,” a mysterious and ever-changing labyrinth. With memories of the surface world long forgotten, you set out for the labyrinth to discover what lies above. With each floor – full of magical beasts, ancient automatons, bizarre environments and hybrid biomes – the mystery grows ever deeper…