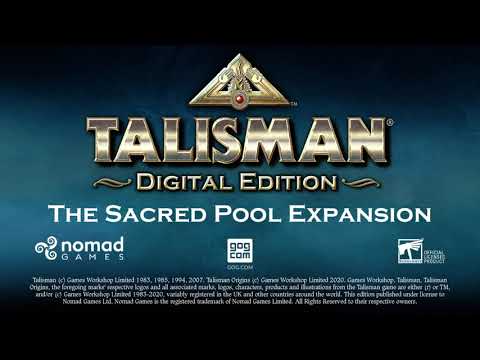 Choose your path between light or darkness. It’s up to you to save the land of Talisman and discover if everyone believes you’re as worthy as you think you are for the Crown. 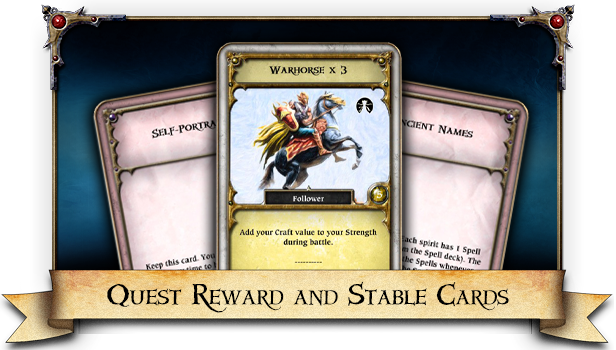 The use of Quest Reward Cards is optional and you can choose whether or not to use them before starting the game.

Some encounters in The Sacred Pool expansion allow characters to purchase or take specific cards from the Stables deck. Stable Cards contain an array of mounts and beasts of burden. Choose to gain extra carry slots, better move rolls or becoming stronger in battle. 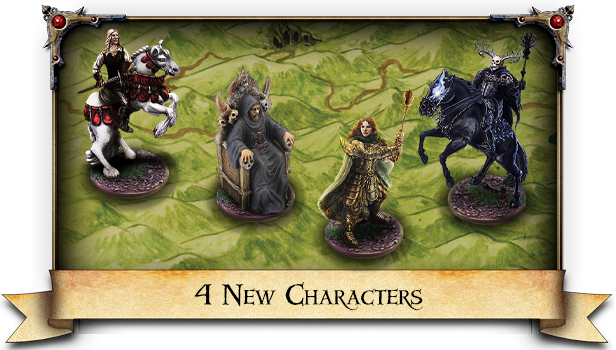 With your strict code of ethics, you’re always willing to help another character in need, and never harm those weaker than you. When you play as the Chivalric Knight:

Determined to defend the innocent and strike down the wicked, your devout loyalties make you a great contender for the Crown of Command. When you play as the Cleric:

As a fierce and evil creature, you use your dark magic to intimidate others. Bring terror to the land of Talisman as you charge towards the Crown of Command! When you play as the Dread Knight:

You’re a cruel and controlling leader, manipulating your followers to aid you in your diabolical schemes. Can you really be judged worthy of the Crown? When you play as the Magus: 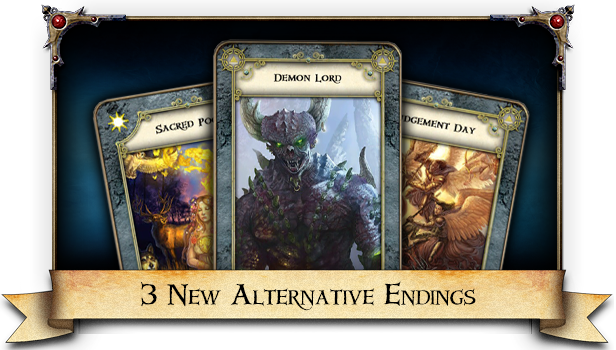 Infused with Craft, the Demon Lord must be attacked through Psychic Combat. Make sure you’re ready for this epic battle as you must attack the Demon King immediately. If you’re successful in taking one of his lives, you must immediately attack him again. No one else can enter the Plain of Peril while someone is battling the Demon Lord, and if he’s left alone on the Crown of Command he will heal all his lives. The first character to remove his last life wins the game. 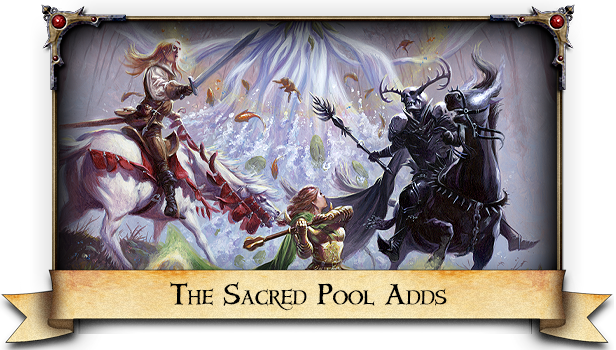