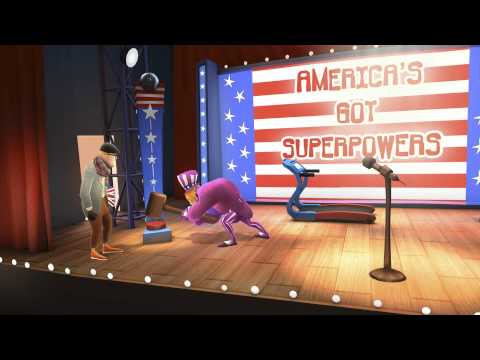 Don your cape and mask and join the Supreme League of Patriots in this hilarious and irreverent superhero comedy adventure!

Poking fun at pop culture, politics, reality TV and more, join Kyle Keever in his politically incorrect quest to win a spot on the newest hit reality TV show, America's Got Superpowers. But when a freak accident turns Kyle's alter-ego, the Purple Patriot, into his main ego and triggers real superpowers at the cost of his sanity (and good taste), Kyle's got a new mission to become the hero New York deserves, and definitely not the one it wants.