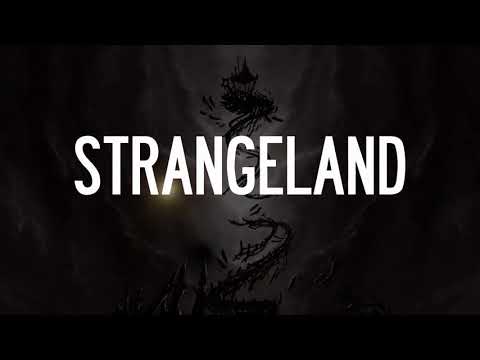 Strangeland is a classic point-and-click adventure that integrates a compelling narrative with engaging puzzles. For almost a decade, we've been working on a worthy successor to the fan-acclaimed Primordia, and we are proud, at long last, to share our second game.

Strangeland is a place like no other. Even in the real world, carnivals occupy a twilight territory between the fantastic and the mundane, the alien and the familiar. In their funhouse mirrors, their freaks, and their frauds, we see hideous and haunting reflections of ourselves, and we witness the wonder and horror of humanity in just a few frayed tents, peeling circus wagons, dingy booths, and run-down rides. Strangeland, of course, is most definitely not the real world. Indeed, figuring out where—and who—you are is one of the game's many mysteries.

As you explore Strangeland, you will need to gather otherworldly tools and win strange allies to overcome a daunting array of obstacles. Forge a blade from iron stolen from the jaws of a ravenous hound and hone it with wrath and grief; charm the eye out of a ten-legged teratoma; and ride a giant cicada to the edge of oblivion.... Amidst such madness, death itself has no grip on you, and you will wield that slippery immortality to gain an edge over your foes.

Navigating this domain of monsters and metaphors will require understanding its denizens and its enigmas. Unlike many adventure games that offer a linear experience and single-solution puzzles, Strangeland lets you pick your own way, your own approach, and your own meaning—one player might win a carnival game with sharpshooting, another by electrical engineering; one player might unravel a strange prophet's wordplay while another gathers visual clues scattered throughout the environment. Ultimately, Strangeland's story will be your story. You are not the audience; you are the player.

At Wormwood Studios, we make games out of love—love for the games we've spent our lifetimes playing, love for the games we ourselves create, and love for the players who have made all of those games possible. We know that players invest not just their money and time in the games they play, but also their hope and enthusiasm. And we want to make sure that players receive a rich return on that investment by creating games that provide not only a fun, challenging diversion for a few hours, but also lasting memories to keep for years.