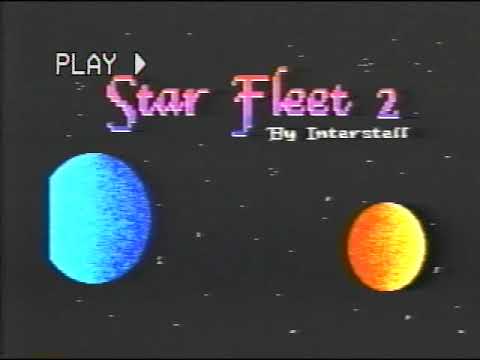 Each mission is a randomly-generated galactic war sandbox, and while you have specific objectives, how you accomplish them is entirely up to you. No other space game gives you this much depth, detail and control. Fight, board, and capture ships, send landing parties and full invasion forces down to planets. Bombard cities (sparingly, as you want as many cities intact as possible) from orbit while avoiding planetary defense fire from high technology planets. It's all here.

A Bit of Background/Quick Things to Keep in Mind

Version 1.0 of this game was published by Interstel Corporation and distributed by Electronic Arts. When this game was originally released in 1989, it was rushed to market in order to get it in stores in time for the Christmas season. The result was a very buggy release. Debugging and development continued until 1991 with the release of an enhanced and fairly bug-free Version 1.5B, which is the most common version found on websites that provide old games. Then, in 2018, with the developer’s original 486 PC back in action, the author, Trevor Sorensen, resumed development to produce what is now 2.0.

As this game came out in 1989, it has absolutely no multithreading of any kind. Therefore, due to the real-time nature of the game (although you can pause at any time), sometimes responses to your commands might be delayed a moment. Have patience with the game, it's doing a lot at one time, from calculating AI for dozens of ships and even individual torpedoes, to managing your ship's systems and much more.

While the game might look daunting at first, there are eight fully-documented and detailed tutorials in the game to help teach you everything from basic navigation to ship combat to planetary invasions and more.

Also please note that there is no mouse control in this game, instead there is a detailed list of keyboard shortcuts at your disposal.

This is the pinnacle of the DOS gaming experience from the 1980s. Going in with these expectations will help you have a much better time. Thank you!

Star Fleet II: Krellan Commander is the second in the Star Fleet series of advanced space strategy simulations. Having fought as an Alliance starship commander in Star Fleet I to stem the onslaught of the Krellan and Zaldron Empires, now you get a chance to try command on the "winning" side. 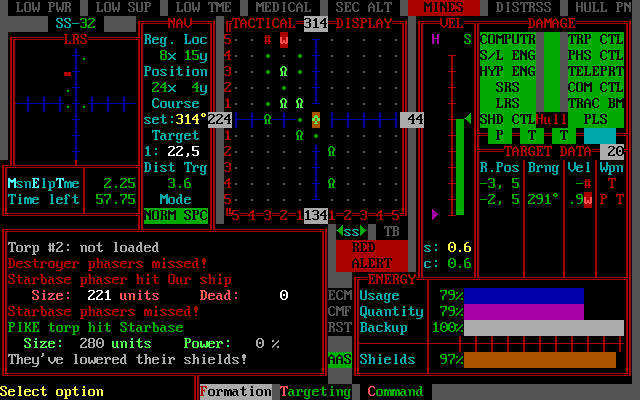 A Pitched Battle with an Enemy Starbase

As Commander of a Krellan Battlecruiser with four destroyer escorts (forming a "battle fleet"), your mission is to explore the star systems of the United Galactic Alliance looking for planets to conquer and Alliance warships to destroy. Your ships are equipped with the latest technology, including phasers, homing torpedoes and deadly obliterator pods. Also at your command are elite shock troops for boarding and capturing enemy vessels, and legions of Krellan warriors for planetary invasions.

Star Fleet II gives you more depth, complexity, and realism than any space war simulation before or since. But that's not all! Star Fleet II is actually two games in one. Every time you invade a planet, Star Fleet II switches to a complete planetary invasion game that allows you to control the conquering Krellan forces in their attempt to overwhelm the planetary defenders.

From up to dozens of military targets on the detailed planetary map, select and control up to eight invasion zones from your Invasion Control Screen, or take personal command of your units. Your objectives: to capture cities and factories; knock out shield generators, planetary defense phasers, point defense lasers, and missile launchers; and eliminate both UGA troops and native militia forces. Like combat in space, planetary combat is real-time (no turns, but you can pause!).

Explore uncharted star systems and planets - your landing parties may even discover the ruins of ancient civilizations that may contain beneficial alien artifacts. Attack and pillage planets, wipe out civilizations with a single command, interrogate prisoners from a captured starliner, then beam those prisoners into the sun or empty space to improve your crew's morale! Who says command can't be fun?! 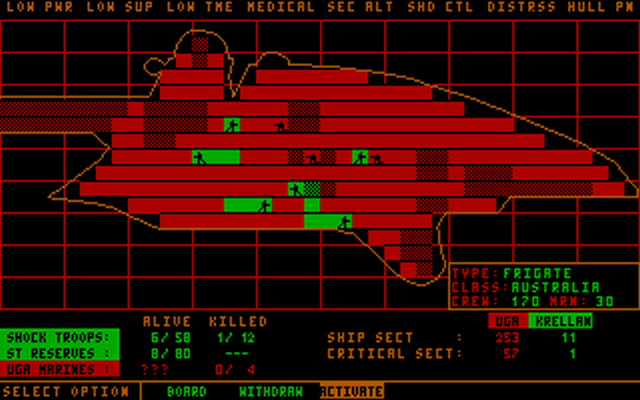 Improvements in 2.0 (list will grow and change as we approach release) 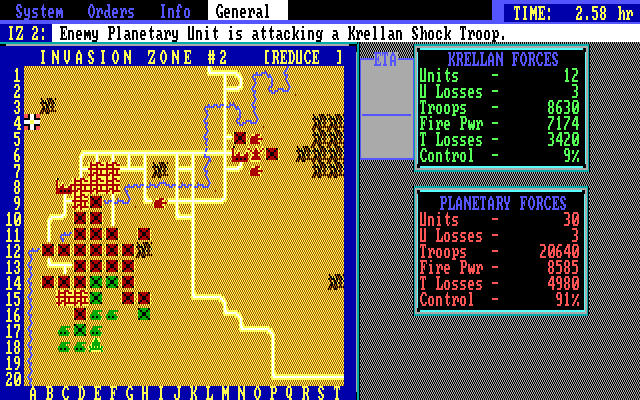