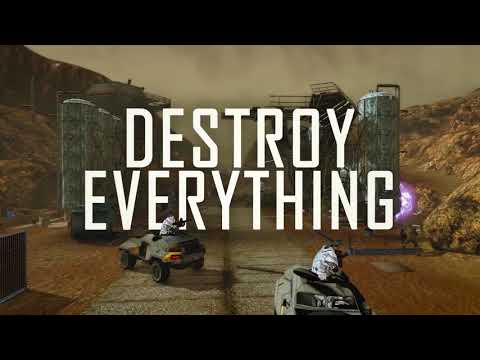 OpenCritic Rating
IGNby Jon Ryan
8/10
Red Faction Re-Mars-tered may not add anything new, but everything we loved about the original looks better than ever.
Read full review »
Slant Magazineby Steven Scaife
4/5 stars
What saves this tossed-off narrative is the way it, like every other aspect of the game, interacts with the destruction.
Read full review »
TheSixthAxisby Tuffcub
8/10
If you're a fan of Just Cause or Saint's Row, then Red Faction Guerrilla might well tickle your fancy. In the days of sprawling open world titles with hundreds of missions tied together with awful stories, the simplicity of this game makes a welcome change. Violence is not big, hard, or clever, but it sure is a hell of a lot of fun. Red Faction Guerrilla Me-Mars-tered is the remaster no one was asking for, but has turned out to be a welcome surprise.
Read full review »
Reviews powered by OpenCritic
You may like these products
In library In cart Soon Wishlisted
In library In cart Soon Wishlisted
Movie
Free
Play for free Coming soon
User reviews