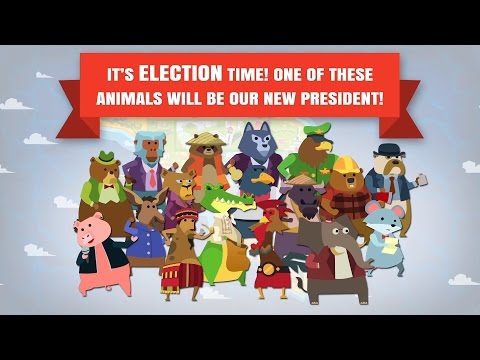 Each turn you spend points to move your candidate and their staff around the political landscape to whip up popular support. Your choice of staff affects your strategy! A lawyer can settle your scandals, but a preacher can energize the population. Raise funds from the wealthy, give gifts to political patrons, or hold rallies to build grass-roots support from the electorate. Along the way, expect to encounter scandals both real and fabricated as well as random events that test your moral mettle.