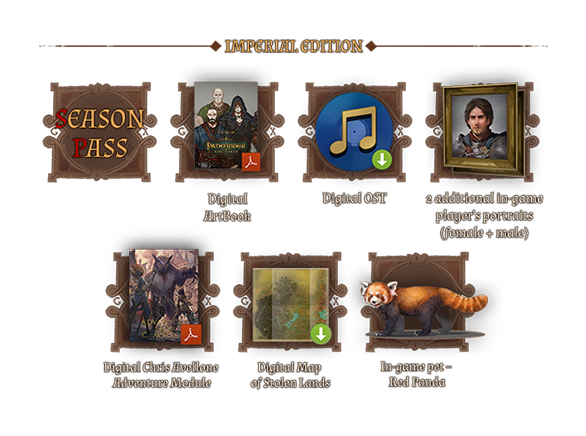 Pathfinder and Kingmaker are trademarks and copyrights owned exclusively by Paizo Inc. and used under license. Owlcat Games is a trademark of OWLCAT GAMES LTD. My.com is a trademark of My.com B.V. 2018 published by Deep Silver, a division of Koch Media GmbH, Austria. Deep Silver and its respective logos are trademarks of Koch Media GmbH. This product is based on tools and technologies ©2018, My.com B.V., Owlcat Games. Certain tools and technology also used in this product are © Unity Technologies, 2018, © 2006–2018 Audiokinetic Inc., © 2008-2018 Syrinscape Pty Ltd.