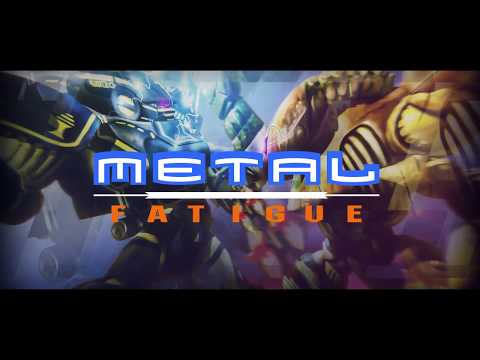 Metal Fatigue is a real-time strategy game taking the genre to new heights - literally. Build and customize your massive Combots to dominate the three battlefield levels simultaneously - from orbit, to the surface, and even underground! Develop your base and command your forces carefully - the enemy can appear from any direction, including above and below!

Choose from the warring factions - the Milargo, Neuropa or Rimtech are competing CorpoNations, each with their own technologies and research capabilities. Capitalize on their individual strengths and weaknesses for the optimum strategic advantage!

Customize and build giant Combots from thousands of unique robot part combinations - including such offensive and defensive options as Katana Arms, Power Shield, and Missile Torsos, and much, much more! Add conventional units like the battle-tank and missile car to round out your military might.

Battle throughout three continuous, multilevel areas - in orbit, on the surface, and underground! Build bases, research new weaponry and unit types, and engage the enemy on three different level simultanously.

30 solo play missions - each faction has its own unique ten-mission campaign. Follow the story of three estranged brothers, as they scavenge high technology from the ancient alien Hedoth to fight a war against their very own bloodline.

30 multiplayer maps & missions - up to eight players supported over LAN. Includes both cooperative and death-match modes!