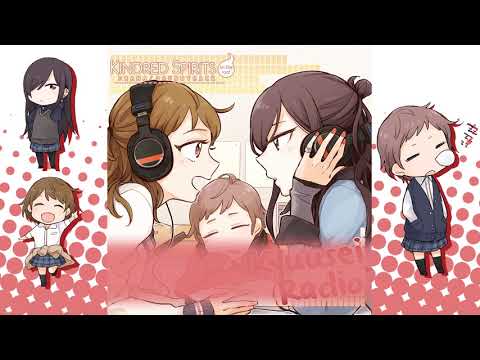 Originally a two-disc release, Disc 1 is the drama CD “Kyuusei Radio” in an English subbed video.

Ichiki Umi, Futano Sasa, and Miyama Nena all safely made it to college after graduating from Shirojo. The three of them, still best friends as always, end up doing a radio broadcast for a holiday event at their local shopping district. Umi’s former broadcasting club blood is boiling, Sasa’s got no choice but to play along, and Nena’s sleepy. Will they make it through the broadcast?

Disc 2 is the soundtrack and drama “Kindred Spirits Pop Show” also in an English subbed video.

The soundtrack includes all the BGM used in the game and the opening, ending, and Youka’s love song “A. A. Ai!” in their entirety. And in between tracks, the rooftop group, Enoki Sachi, Nagatani Megumi, and Toomi Yuna, introduce the songs and engage in some nostalgic chatting.