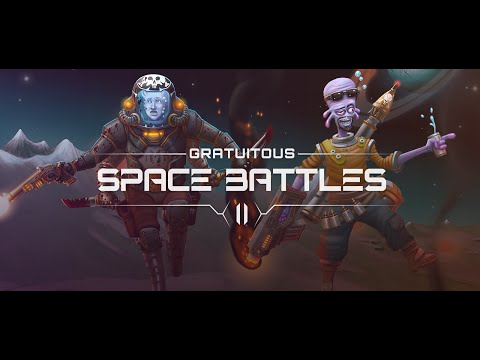 You now have complete control over the appearance of your ships, and can build them from a base hull and a bunch of adjustable visual components so you have control of both the composition AND the looks of your deadly starships. GSB2 retains the core gameplay of the original. This is NOT a standard RTS game, but a management/simulation game about building space fleets and giving them orders. You aren't the dumb schmuck who actually flies into battle and gets lazered. Leave that to those patriotic and keen young dudes from the outer-colonies. Nope, your job is as supreme commander in chief. Sit back at fleet HQ and watch the fireworks as you reduce the enemy to space-dust.

Using it's amazingly asynchronous multiplayer online 'challenge' system, GSB2 lets you put together a whole fleet and upload it, orders, formations and custom ship designs in one, up to a server where fellow GSB2 players can download it and pit their own fleets against it in glorious combat.
System requirements
Minimum system requirements:
Recommended system requirements: