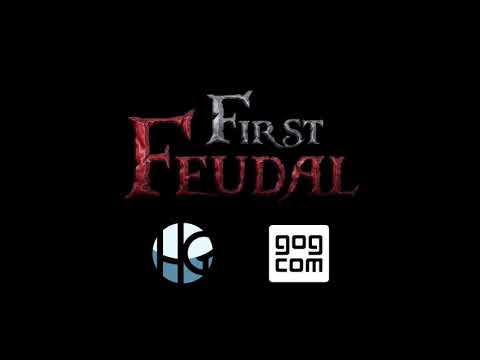 Why buy on GOG.COM?
DRM FREE. No activation or online connection required to play.
Safety and satisfaction. Stellar support 24/7 and full refunds up to 30 days.
First Feudal
Description
You start the game with a few peasants and limited resources that you will use to eventually turn your small settlement into a real medieval castle. Build, mine resources, grow crops, manufacture equipment, trade, and advance science on your own or by delegating tasks to your people. Greedy ban...
User reviews
3.4/5
{{ review.content.title }}
Product details
2021, Harpoon Games, ...
System requirements
Windows 7 or higher, Core 2 Duo or better, 2048 MB RAM, 128 Mb, Version 9.0, 600 MB available space...
DLCs
First Feudal - OST and digital art Pack
Description

You start the game with a few peasants and limited resources that you will use to eventually turn your small settlement into a real medieval castle. Build, mine resources, grow crops, manufacture equipment, trade, and advance science on your own or by delegating tasks to your people. Greedy bandits will regularly raid your settlement, so you'll have to rally militia troops and repel the enemy.

• Manage peasants
Each peasant can have one of ten available professions. Once you assign them to one, they'll start following orders and carrying out tasks related to that profession — you won't need to keep track of each individual inhabitant. However, if you think ordinary peasants with the most basic education won't be great at tactics, you can directly command individual units or groups of units in combat.
• Develop infrastructure
Start by processing stone and lumber, then make advancements in technology to unlock new ways to grow your settlement: manufacturing, trade, lighting, comfort, equipment, defense. Your character and peasants will also be able to grow and improve their skills while they do useful work.

• Settlers
To make a village attractive to new settlers, you need to make sure the inhabitants are comfortable. Peasants need cozy houses and good food. However, for particularly lazy peasants, you'll have to use the whip along with the carrot.
• Battles
Bandits, wolves, and bears will regularly attack your settlement. You can lead the militia or stay out of combat by letting your people defend themselves. To reduce casualties, you can hide behind powerful walls or lure the enemy into meticulously placed traps.
• Agriculture
Hunting and gathering will only solve the problem of hunger at the earliest stages. In a highly developed settlement, you'll need to start growing various crops and raising animals.
• Trade
Merchants will regularly visit your village. They'll offer their goods and buy things you produce. With time, you will be able to send trade caravans to other locations.
• Events
Random events will require you to make important decisions: choose weapons or food, gold or goods for your peasants, "one egg today or a hen tomorrow".
• Seasons
To survive the harsh medieval winter, you'll need to build campfires and houses, and stock up on provisions, making sure you prioritize non-perishable food.

• Cooperative multiplayer
Build your village together and fight shoulder to shoulder with your friends. The game supports multiplayer for up to 6 players.
Popular achievements