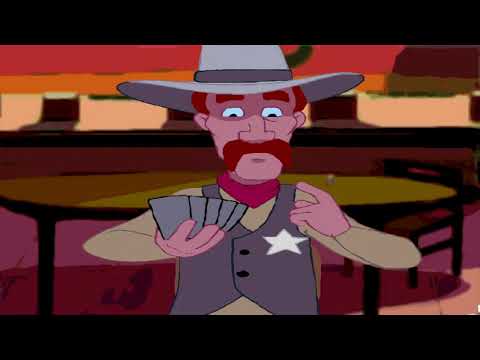 Why buy on GOG.COM?
DRM FREE. No activation or online connection required to play.
Safety and satisfaction. Stellar support 24/7 and full refunds up to 30 days.
Fenimore Fillmore: 3 Skulls of the Toltecs
Description
3 Skulls of the Toltecs was one of the last classic point & click adventure released in 1996, now you can play it again in this wonderful remastered version with enhanced graphics up to 4k. A Cult Classic: Among the classics of the golden age of graphic adventures, 3 Skulls of the Toltecs is a cul...
User reviews
3.8/5
{{ review.content.title }}
Product details
2019, Casual Brothers, ...
System requirements
Windows 7 / 8 / 10, 1.5 Ghz, 1 GB RAM, DirectX 11 compatible card with at least 512 MB VRAM, Version...
Description

3 Skulls of the Toltecs was one of the last classic point & click adventure released in 1996, now you can play it again in this wonderful remastered version with enhanced graphics up to 4k.