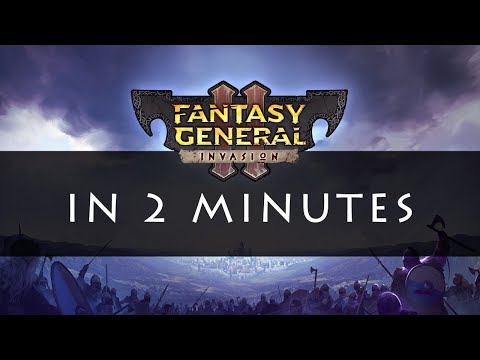 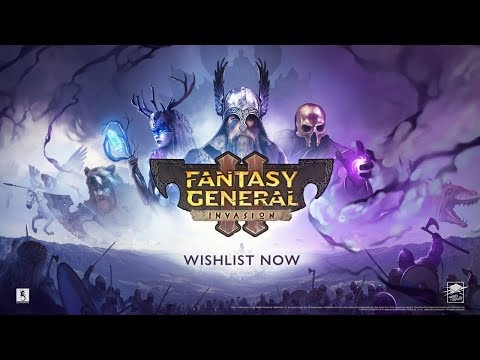 Why buy on GOG.com?
DRM FREE. No activation or online connection required to play.
Money back guarantee. 30 days coverage after purchase.
Fantasy General II - Invasion Hero Edition
Description
Three hundred years have passed since the Shadow Wars have ravaged Keldonia and the world of Aer, and the struggles of the past have long since faded into legends. In the Highlands of Fareach, Clans of Barbarian warriors have eked out a living in the harsh northern climate, constantly feuding wit...
User reviews
Be first to rate
{{ review.content.title }}
Product details
2019, Owned by Gravity, ...
System requirements
Windows 7 / 8 / 10 (64 bit), Dual Core CPU 2.5Ghz Intel Core I2xxx or equivalent AMD CPU, 4 GB RAM...
Description 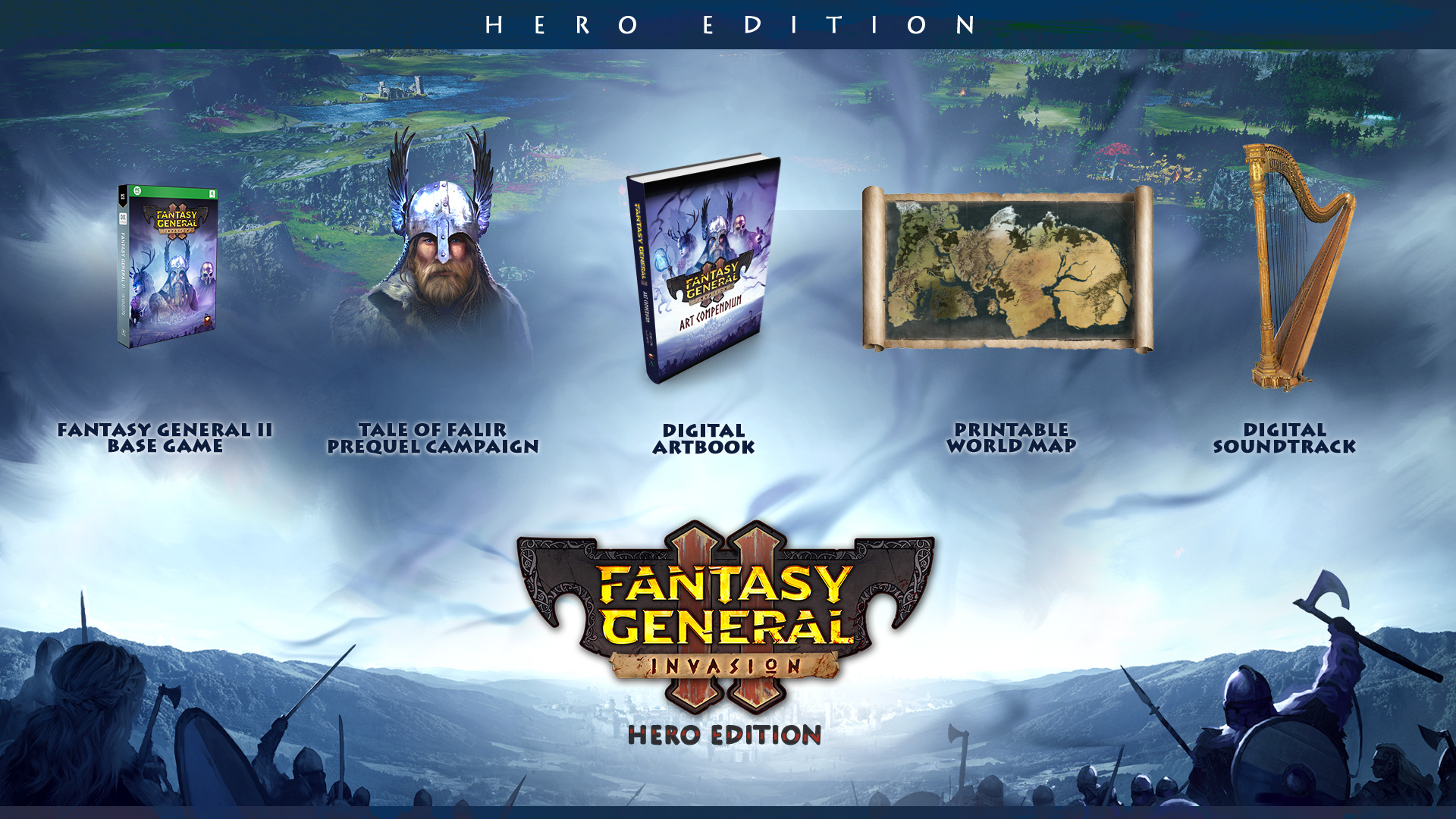 Three hundred years have passed since the Shadow Wars have ravaged Keldonia and the world of Aer, and the struggles of the past have long since faded into legends.

A treaty was signed that forbade any clan from crossing into the Borderlands in return for peace. Since then, there has been no High King to unite the Clans, and they fell into quarrelling and raiding amongst themselves.
In these dark times your clan has been led by Falir One-Eye, a warrior of great renown. You are his son and designated heir, and you are eager to prove your mettle to the Clan Council and your father…

BASE GAME
Fight exciting turn-based 3D tactical battles leading a variety of fantasy units, heroes and creatures, level them up and carry them over from one scenario to the next. Vanquish your enemies through a combination of military might, guile and magical prowess. Play through a 33 scenarios campaign, or take it to skirmish, either against the AI or in multiplayer. Or take advantage of the built-In scenario editor to make your own battles.

Tale of Falir PREQUEL CAMPAIGN
Tolk Headsplitter and his band of trolls have been pillaging the western steads of Clan Donagh. Many brave souls died facing the giant troll and Clan Donagh has offered 200 Gold to the hero who can best Tolk. Eager to make a name for himself, Falir of Clan Baileach sets out with his band to claim the prize. Thus begins the Tale of Falir.  Experience the prologue to the single player campaign in this exciting prequel campaign.

DIGITAL ARTBOOK
This book introduces you to the world and people of Fantasy General II and gives you never-before released background information on the game’s story and units as well as putting the beautiful art of the game into your hands. A unique collection book, 104 pages long, containing the amazing art of Dominik Mayer.

DIGITAL SOUNDTRACK (includes the original Fantasy General’s soundtrack)
A digital package containing the marvelous original soundtracks of Fantasy General and Fantasy General II! Relive the music that inspired generations of strategy players in the 90s, then prepare to be amazed by a brand new modern epic soundtrack for its sequel. A total of 20 amazing tracks.

PRINTABLE WORLD MAP
A high-resolution printable version of the map of the world of Aer. From the cold, magic-rich highlands of Fareach, to the Borderlands with their fertile river valleys and deep woods where witches and monsters still roam free; from the Sunken Land, submerged through a great Cataclysm and filled with treacherous swamp and Lizardfolk, to the refined and temperate Empire to the South, home to wondrous cities and built upon undead labour. The world of Aer is vast and filled with wonders.