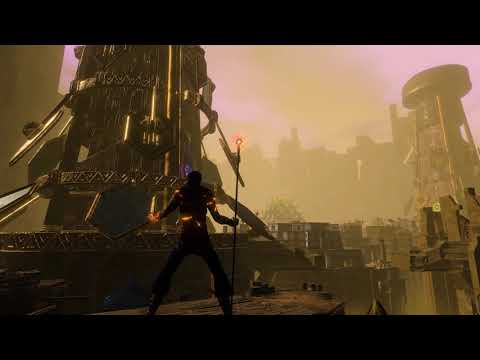 The Metal AF* Edition of ELDERBORN is the choice for the players who want to immerse themselves in the game world completely.

In this ultimate bundle you get the game, that’s obvious. But there’s more! A digital soundtrack with mesmerizing and exotic ancient metal (spliced with modern electronic beats) that will fill your mind’s eye with scenes of barbaric glory. And then - a digital artbook, presenting a choice of concept arts and renders, that led to the creation of ELDERBORN’s vision, as well as bits of lore, to draw you in even further.

The world of ELDERBORN is an imaginary one. A fantastic vision of the ancient time of heroes, not unlike the one created by Robert E. Howard in his saga of Conan. But it’s not just pure work of fiction. We drew inspiration from the ancient Middle East cultures, and where those inspirations really shine - is the game’s soundtrack. Kacper Kajzderski uses the exotic sound of the Armenian duduk and Turkish oud and zurna, among other instruments, to capture the uniqueness of the game’s setting. The music, however, remains true to the modern heavy metal form, with all its defining characteristics. A touch of electronic beats complete the eclectic, unmistakable mixture that defines the sound of ELDERBORN.